Germany's capital has just entered its second major lockdown of the year in an attempt to contain the rapidly spreading coronavirus. Berliners are figuring out how to make the best of it as they count the costs. 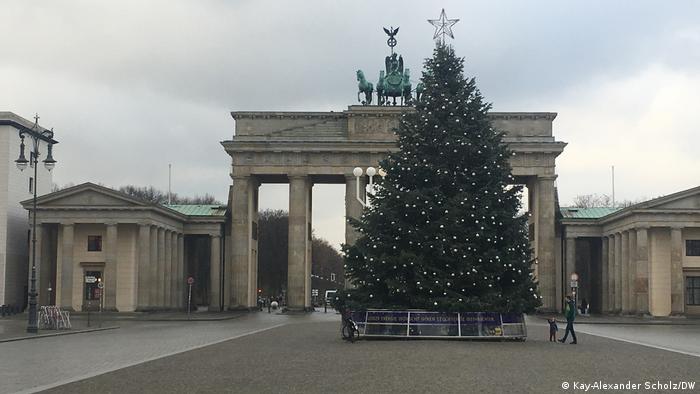 On day one of the lockdown, few people went to see the huge Christmas tree by Berlin's Brandenburg Gate

And just like that, Berlin's Christmas season ended before it began. On the streets of the diverse, middle-class district of Kreuzberg the seasonal shopping crowds were suddenly shut down overnight, leaving the normally packed shops dark, replaced by delivery vans and postal workers hauling mountains of packages.

"I understand it's necessary but this is quite bleak and depressing," said Lama, a young resident who had been living in the area for four years. "Last week this street was all Christmas lights from all the shops, now it's all quiet." 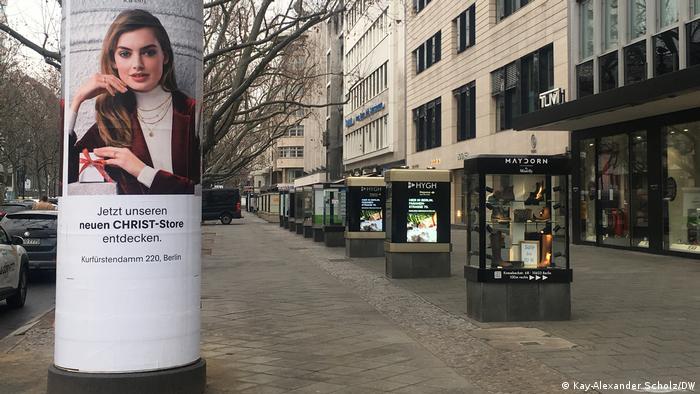 Much like in the rest of the year, plans to travel had to be canceled: "It's going to be a very different Christmas," she added. "There isn't much to get excited about. It's been bad for freelancers and for me and my friends, this year has been mainly depressing."

This district of the German capital features the kinds of independent shops that offer good last-minute Christmas gift ideas — slightly expensive but well-made bags, wallets, crockery, and scarves. But those lucrative last few days before the holidays have been cut short by a desperate government faced with the prospect of overcrowded hospitals.

And other businesses are also suffering. Suleiman, a car mechanic waiting for his lunch outside a fast-food restaurant, said he'd noticed immediately today that the streets were suddenly quiet. "The traffic flows much better, but business is really bad," he told DW. "The phone isn't ringing."

He was also certain that Berlin's state government had waited too long to impose this second lockdown. "It's much too late now," he said. "I had the virus myself a few weeks ago — I was sick for two weeks. It's horrible. Your whole body hurts and whatever you take — paracetamol, aspirin — none of it helps."

Meanwhile, just off the famous Friedrichstrasse in central Berlin, construction projects are continuing in the side streets, with trucks bringing materials, and cranes hoist heavy parts through the air. 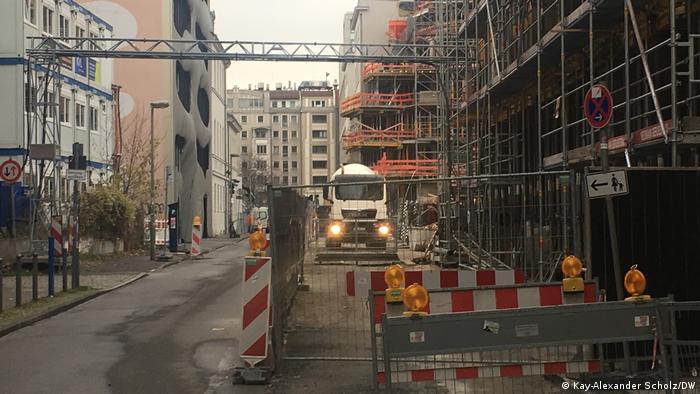 In central Berlin, construction projects are continuing in the side streets,

Berlin continues to build its future, but it has just had to take a hit: For the first time in 15 years, Berlin's population is shrinking, the government has announced. Young families are moving to the countryside, fewer people have moved here from all over the world — another consequence of the pandemic.

Most of the stores on Friedrichstrasse are closed - but not all. Those who still have gaps in their Christmas decorations at home, for example, can still shop online. Six orders have already been placed today, says the saleswoman of a decoration store on the first morning of the lockdown. She stands outside the entrance, in front of her a kind of counter with a sign reading "pick-up station here."

"As a private person, I think the lockdown is right, but as a businessperson, of course not," she says. But at least something can be sold now - thanks to the new click-and-collect model, which was approved by the state of Berlin despite the lockdown.

At first glance, the Brandenburg Gate is dead, which has been the case for months. After all, the tourists who usually enliven Paris Square in front of are missing. On the west side, however, a series of strange wolf sculptures is currently being erected — not evil Christmas spirits, but "warriors against democracy," as artist Rainer Opolka explains his work. Berlin's art scene continues. 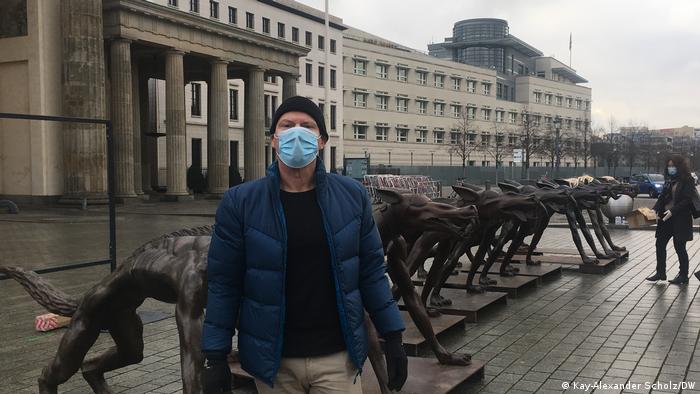 In the adjacent government district, the streets are hardly less congested than usual. Not surprisingly, because despite the lockdown, it's Bundestag week — politics must continue. In the afternoon, the parliamentarians in the Reichstag discuss, among other things, "pandemic-related economic aid"and more occupational safety in the meat industry, where there have also been increased clusters of infections due to harsh working conditions.

And in the west of the city, along the Kurfürstendamm shopping mile, workers, homeless people, and people with packed lunches are still out on the streets. In recent weeks, some stores have done relatively good lunch business sales. There are still queues in front of some stores. The deli "Einhorn" ("Unicorn") has adapted its business to the new conditions, and there are queues for pre-orders and take-aways. "Yes," says the woman at the cash register, "business is good today, too."

A few minutes' walk from there is a very popular bookstore. "We're still open!" reads a sign. Underneath, the sign defiantly points out that bookstores are, after all, "spiritual gas stations."

And from a completely different corner of Berlin, there was a positive message on the first lockdown day. "We are ready for vaccinations to start!" the government has promised. Berlin hopes that 2021 will be a better year.

German retail shops in red as coronavirus pandemic drags on

Most shops have remained open during Germany's partial shutdown. But many customers are staying away. How will businesses cope during the lead-up to Christmas?