Thousands of people across France have marched for a second consecutive weekend against police brutality and a new security law. Police and protesters clashed in Paris, with cars set on fire and officers firing tear gas. 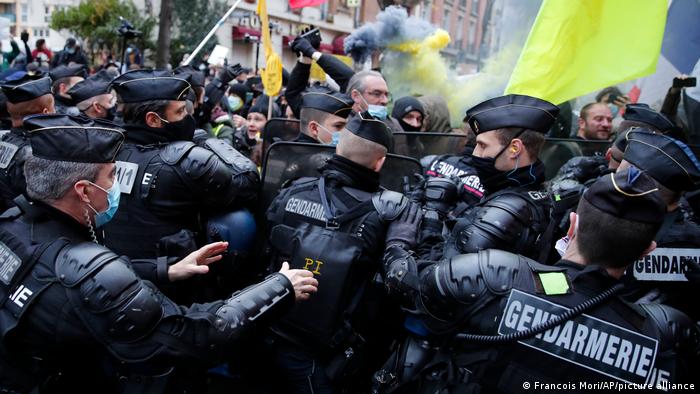 Police officers clashed with thousands of protesters in Paris

Demonstrators have taken to the streets across France for a second weekend of mass protests denouncing President Emmanuel Macron's plans for a new security law .

Police and demonstrators clashed in Paris, with officers firing tear gas and charging demonstrators after objects were thrown at them.

Several cars were set on fire along the Avenue Gambetta, while the windows of several businesses were smashed along the protest route, news agency Agence France-Presse reported.

Throughout the day on Saturday, police arrested 42 people. 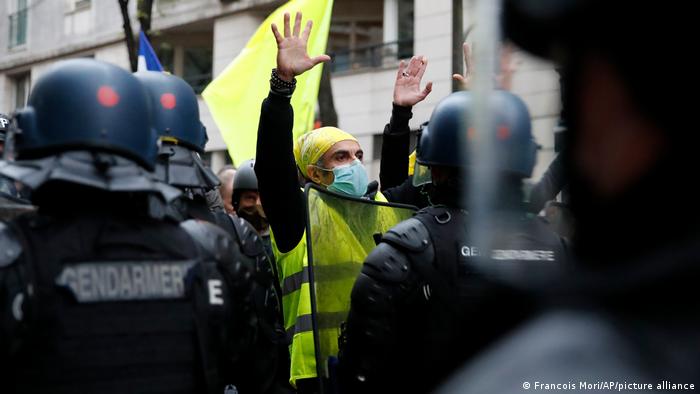 Saturday's nationwide protest was called by a collective of human rights groups, trade unions and journalists. Nationwide, an estimated 52,000 people took part in the marches, with 5,000 protesters in Paris alone.

No violence was reported at the other marches, which took place in Bordeaux, Lille, Lyon and Toulouse.

The march comes a week after a similar demonstration that drew over 130,000 people, according to French authorities. Organizers of last week's protest put the number of participants higher, at 500,000.

Why are people protesting the security law?

Macron's new national security law has sparked a backlash among the public and France's political left, with critics saying the plans would constrain civil liberties.

A portion of the draft security bill that would restrict publishing pictures of the faces of police officers has sparked particular ire. 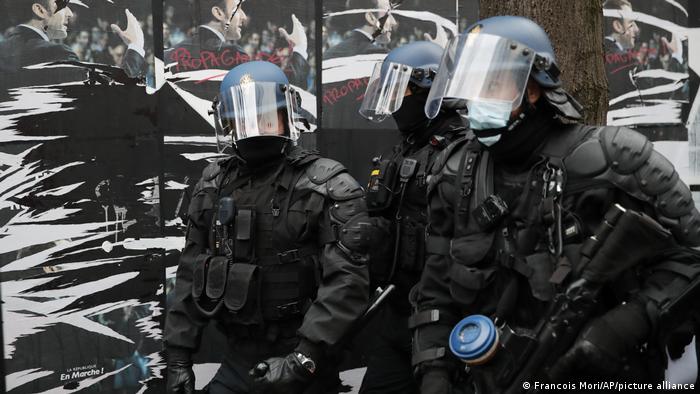 In a turnaround this week, Macron's ruling party said it would rewrite that part of the bill. Critics still charge that the legislation goes too far, and would make it harder to hold the police accountable.

Protesters have also been angered by the recent beating of a Black man, Michel Zecler, during an arrest , and have accused France's law enforcement agencies of systemic racism. In late November, the music producer was struck by several police officers at his studio for several minutes , an act which was caught on closed-circuit TV and circulated online.

On Friday, Macron announced that the government would set up an online platform starting in 2021 where people could report discrimination, including from the police. Some of the country's police unions have sharply criticized the plans.