Four officers are reported to have been charged in connection with the beating of music producer Michel Zecler. Fresh police brutality accusations arose after arrests were made at security law protests over the weekend. 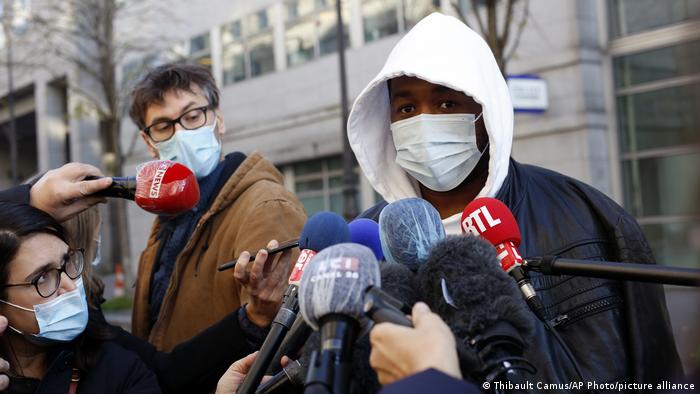 Four officers were reported to have been charged on Monday over the arrest of Black music producer Michel Zecler, who was shown being beaten for several minutes in video footage.

Video footage showed how music producer Zecler was repeatedly beaten by three officers and subjected to racial abuse as he tried to enter his music studio earlier this month.

A fourth officer, suspected of having thrown a tear gas grenade into the basement of the building where the attack took place, was charged with "willful violence."

Prosecutors requested pre-trial detention for the three suspected of carrying out the beating, with a judicial review for the fourth.

A lawyer for some of the officers, Laurent-Franck Lienard, challenged their continued detention, telling French news channel BFM the trio believed the force used was unavoidable.

The lawyer's remarks contradicted comments made by Paris' top prosecutor, Remy Heitz, who said that the officers admitted to using excessive force during the arrest.

"As they were being interrogated several times, they changed their version and finally admitted that they used disproportionally much force to arrest the music producer," DW correspondent Lisa Louis said, citing remarks made by prosecutors.

France's interior ministry said protests across the country on Saturday over alleged police brutality and a draft security law had resulted in 81 arrests in what protest organizers said was a turnout of as many as 500,000 people nationwide.

Protests had taken place in Strasbourg, Marseille, Lyon and Rennes, with 76 officers reported injured, including 23 in Paris.

Among those hurt during Saturday's protests was award-winning Syrian photojournalist Ameer al-Halbi. The bandaged journalist on Sunday accused police of trapping him and at least four other photographers for two hours, wedged between squads and demonstrators despite al-Halbi's head wounds.

"Images of Syria surged back into my head … I was aged 15 when I found myself blocked in a demonstration in Aleppo, wounded by two bullets in my hand," al-Halbi told AFP, adding that he and his colleagues were "clearly recognizable" as members of the press. 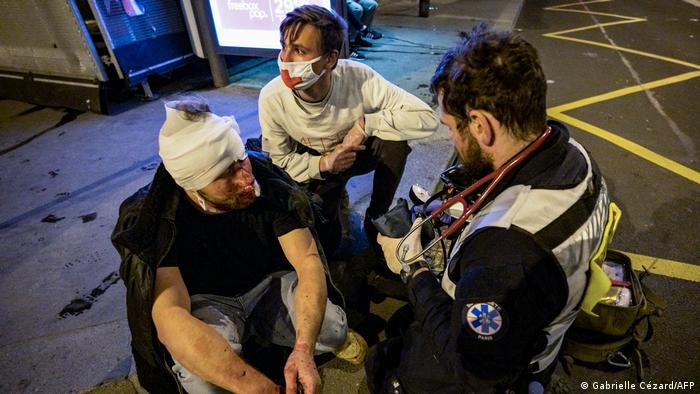 An internal administrative inquiry had been opened into how al-Halbi had been hurt, a police source told AFP.

Reporters Without Borders' secretary-general, Christophe Deloire, tweeted that al-Halbi had been wounded by "a police baton" at the Place de la Bastille.

The recent protests in France focus on a bill — passed by the National Assembly but awaiting Senate approval — that would criminalize the publication of images of on-duty officers with intent to harm their "physical or psychological integrity."

Commentators say images of Zecler's beating — first published by the Loopsider news site on Thursday  — might never have gone public if the contentious Article 24 of the bill became law.