COVID vaccination in Germany – a logistical challenge | Germany | News and in-depth reporting from Berlin and beyond | DW | 17.12.2020 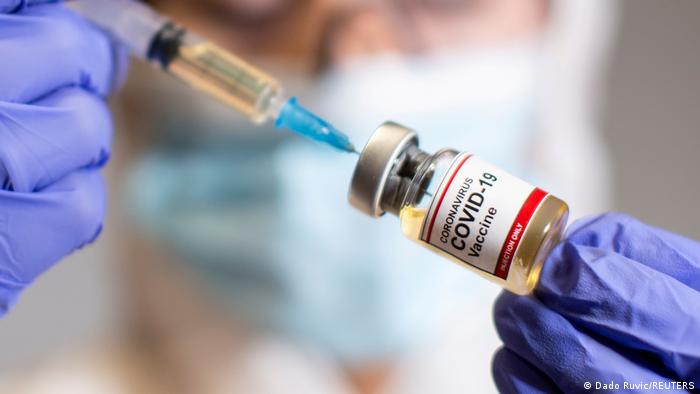 Germany is set to begin vaccinations on December 27

In anticipation of the approval next week of the the BioNTech-Pfizer coronavirus vaccine by the European Medicines Agency (EMA), Germany is getting ready to start vaccinations no later than December 27.

This announcement followed a meeting between Health Minister Jens Spahn and health officials from Germany's 16 states.

Conservative politician Karin Maag was one of many to label the vaccine a "Wonderful Christmas present."

Where to get vaccinated

Exhibition halls, concert halls, supermarket storage facilities, hotels and former refugee centers are among the 440 locations across the country where vaccinations will be administered. Indoor playgrounds and youth hostels are still to be made available.

The German vaccine commission has drawn up a list of priorities detailing who gets the vaccine :  First in line, the elderly, patients with serious health conditions and medical staff. That's a total of 8 million people.

Next are vital workers such as teachers or engineering staff in power plants.

The federal government will cover the cost of the vaccinations and will organize the central storage and transport of the vaccine — €2.7 billion ($3 billion) has been earmarked for this. The 16 federal states will be responsible for distribution to the vaccine centers.

The vaccine must be stored at very low temperatures (-70 degrees Celsius), for which special equipment is needed. And defrosting exactly the right amount will require careful calculation.

Medical teams will be dispatched to care homes to administer the vaccine to those who are not mobile enough to make their way to a vaccination center.

Inside the center careful organization will be required to get patients from initial registration to an information session with a doctor, then to the administration of the actual vaccine and finally to a room where they are monitored for fifteen minutes for possible allergic reactions. The centers need to observe rules for wearing protective equipment as well as social distancing measures.

After a few weeks, the patients need to go through the entire procedure again for the administration of the second dose.

Not enough vaccine, not enough personnel

Germany will need 100 million doses of vaccine according to Health Minister Spahn. But the initial batch will be only 3 million, followed by an additional 11 million three months later.

Tens of thousands of doctors and nurses have volunteered but some regions still lack medical personnel to administer the vaccine.

Each state has its own plans: Bavaria, for instance, aims to have 99 vaccination centers with a capacity to vaccinate 30,000 people per day.

Interpreters and security staff will also be required. "It is completely unrealistic to assume that the Berlin police has the capacity to guard the six vaccination centers around the clock," warns Berlin police union press spokesman Benjamin Jendro. Private security firms will have to take over, he suggests.

Some politicians worry that the government may have set the bar too high and may not be able to fulfill expectations.

"We have to start vaccinating the right people as quickly as possible. We are worried about the logistical challenge. We didn't do very well initially when it came to the distribution of masks and coronavirus tests," says Georg Nüsslein from Angela Merkel's CDU, pointing to shortages during the first wave of the pandemic.

What has the coronavirus pandemic and the rollout of the vaccine revealed about public health in the US?

Health Minister Spahn had announced that by mid-December the infrastructure for the mass vaccination effort would be in place. Now, he may have to eat his words. A lot has been set up, but many cities, including the capital, are reporting delays.

The adjacent state of Brandenburg says its 11 vaccination centers won't be ready before January. While urban areas are all set to go, organizing vaccinations for sparsely populated rural areas is a different matter — this won't be possible before mid-January, according to the government of the southwestern state of Baden-Württemberg.

Experts warn that it will take several months to vaccinate significant numbers of people and only then will it be possible to see any effect on infection numbers.

The vaccine will not be mandatory. According to the latest survey, some  46 million Germans are willing to get vaccinated. Those who are skeptical, fear possible side effects.

The German government is reviewing the vaccines of five more companies. Once they have been approved, it will be possible to vaccinate higher numbers of people — also in regular clinics.

The pros and cons of the different vaccines and the decision on who gets which product, is likely to be a major debate in the coming months. The German government for its part has already placed preliminary orders with several companies.

COVID: A focus on protecting the elderly

As Germany braces for a hard lockdown, the southern city of Tübingen is focusing on protecting high-risk groups and on carrying out as many tests as possible.