Oxford University and AstraZeneca are the first vaccine makers to publish peer-reviewed results in a scientific journal. While they appear less promising than rival mRNA vaccines, it's a far cheaper and simpler serum. 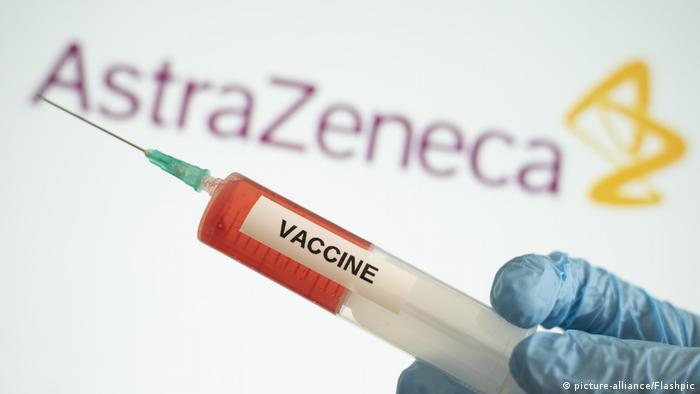 The vaccine is seen as key to inoculating the developing world

The AstraZeneca-Oxford University coronavirus vaccine cleared a key hurdle Tuesday, as trial results published in the Lancet medical journal suggests the vaccine is safe and effective in an average 70% of participants.

The late-stage clinical trials were carried out in the United Kingdom, Brazil and South Africa and assessed vaccine safety in 23,745 participants, and protection against coronavirus in over 11,600 participants.

However, it remains unclear if the results will lead to a green light from regulators in the UK and elsewhere.

Mene Pangalos, a research and development head at AstraZeneca, said that the vaccine maker would submit requests for regulatory approval around the world.

"We hope that once the regulatory authorities review the data, we can get approval any time from the completion of the submission, which could be any time from the end of this year to early next year," he said, adding the "compelling" results "clearly show" the vaccine is effective and meets criteria for regulatory approval.

In late November, AstraZeneca and Oxford announced that the vaccine was up to 70% effective on average, and that up to 90% of people could be protected if a lower dose was administrated ahead of a full dose.

However, scientists had been waiting for more detailed information on the vaccine trial results.

The Lancet results did not provide answers as to why the vaccine was 62% effective for participants given two full doses, but 90% for a smaller sub-group given a half, then a full dose

The findings "will require further research as more data becomes available from the trial," the study said.

Additionally, less than 6% of the UK participants were given the lower dosage, and none of them were over 55 years old, suggesting more research will be needed to determine the vaccine's efficacy in older people.

Important for the developing world

The announcement comes after the UK provided its first coronavirus inoculations on Tuesday. A 90-year-old woman received a the first dose of a vaccine developed by BioNTech and Pfizer, which was granted emergency approval by UK regulators last week. This vaccine, like a rival one by Moderna, claims a far higher efficacy rate, north of 90%.

However, both these vaccines are something of scientific firsts, using groundbreaking DNA editing technology. That makes the production process expensive, and means that they must be stored at  - 70 degrees Celsius (- 94 Fahrenheit) at almost all times, which could make them practically unusable for countries with poorly developed medical facilities and infrastructure.

The AstraZeneca vaccine, which is being manufactured by India's Serum Institute, is seen as vital to stopping coronavirus in the developing world, as it is cheaper and easier to distribute.

Andrew Pollard, director of the Oxford Vaccine Group, told a press briefing on Tuesday that a range of vaccines would be needed to end the pandemic.

"This really can't be a competition between developers, this has to be in competition against the virus," Pollard said.

With several promising vaccines being developed simultaneously in record time, open questions remain about them all, not least concerning how long-term any immunity they convey might be. More typical development phases, run over several years, tend to deliver a more complete picture of efficacy.