Police said they arrived on the scene to find dozens of churchgoers flouting coronavirus lockdown rules that ban singing and require people to keep their distance. 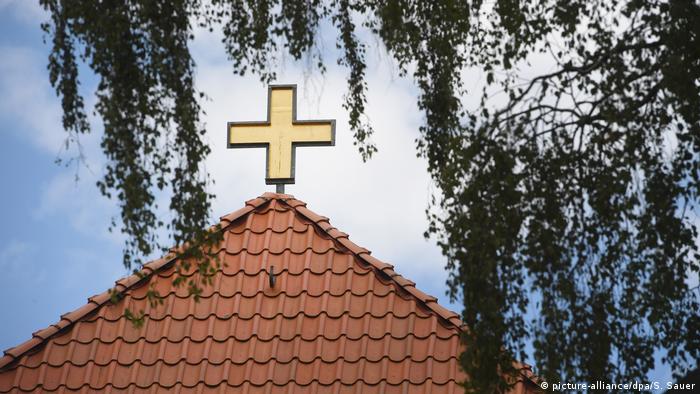 Police broke up a church service of around 150 worshippers in the town of Herford, in the western state of North Rhine-Westphalia, on Saturday evening.

A police statement said more than 100 attendees were facing charges for violating coronavirus restrictions on congregating, social distancing and communal singing. Some of the individuals present, particularly the organizers, may face hefty fines.

Under Germany's lockdown rules, up to 20 people can attend such services indoors, as long as hygiene and social distancing is adhered to.

According to police, the large group in Herford, which included children, were not wearing face masks or observing distancing regulations, and were singing at times.

Communal singing indoors is strictly forbidden due to evidence that suggests it produces contagion aerosols. Several choir events in Europe have been identified as superspreader events.

Germany's strict lockdown through the December period saw many Christian festivities popularly enjoyed across the country canceled, such as Christmas markets, Advent rituals and nativity scenes.

Christmas with a difference

Shortly before Christmas, a similar incident occurred at a Pentecostal church in the western city of Essen where police broke up a congregation and issued almost 60 notices for lockdown violations.

Germany's 16 states have a mandate to decide their own coronavirus restrictions. Controversially no local governments opted for a ban on religious gatherings, although swaths of Christmas services were canceled or televised instead, a trend that was seen worldwide.

The curtailing of the freedom to worship has been a sore topic for German lawmakers during the pandemic; freedom of religion is a historically sensitive issue added to the significant role that religious networks play in some peoples' lives — all the more so in a time of unprecedented crisis.

The German constitution has a paragraph that safeguards the "unhindered practice of religion."