WHO coronavirus mission seeks to trace origin of virus

Beijing confirmed the arrival this week of a WHO team that will study the origins of the coronavirus pandemic. But details of their investigation or whether they will visit Wuhan remain unclear. 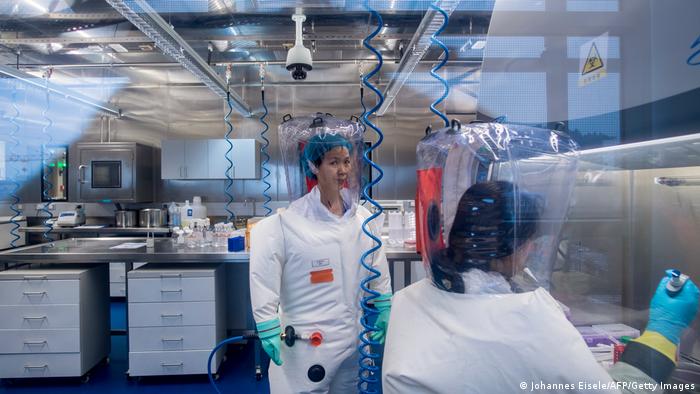 Chinese authorities said on Monday that a team from the UN's World Health Organization (WHO) would arrive this week to investigate the origins of the coronavirus pandemic, a year to the day since the first COVID-19 death was announced in Wuhan.

Foreign Ministry spokesman Zhao Lijian said China had approved the visit and called it an opportunity to "exchange views with Chinese scientists and medical experts on scientific cooperation on the tracing of the origin of the novel coronavirus."

The experts will arrive on January 14, but the WHO had hoped they would be in the country days before. A lack of authorization from Beijing had delayed their early arrival in what the government called a "misunderstanding."

The 10-person team of experts has been tasked with searching for the source of early infections. This has been a sensitive topic in China, amid allegations that Beijing covered up the origins of the virus and delayed its initial response to the outbreak.

Last year, Chinese authorities cast doubt on whether the virus originated in China at all, pointing to unconfirmed reports that there may have first been possible infections in other countries. Beijing also said that traces of the virus on imported frozen goods were evidence that the virus could have come from abroad. But scientists and researchers have long suspected bats from southern China were the original transmitters of the disease.

Details on the experts' itinerary or whether they will travel to the Chinese region of Wuhan, the early epicenter of the pandemic, have not been released.

Upon arrival, the WHO team will have to spend two weeks in quarantine before being able to work on the ground.

Beijing has sought to drive the narrative about the pandemic's origin ahead of the WHO experts' arrival, with Foreign Minister Wang Yi saying "more and more studies" in China showed that COVID-19 emerged in multiple regions.

"Since the outbreak of the pandemic, China has been open and transparent in communicating and cooperating with the WHO on the origin tracing work, showing a responsible attitude," Foreign Ministry spokesman Zhao said on Monday.

But the US criticized the fact that Chinese scientists had been allowed to do the first phase of preliminary research ahead of the WTO and urged the UN organ to lead a "transparent" investigation.

China has managed to control its outbreaks of the coronavirus pandemic comparatively well, aggressively cracking down on cases when they emerge in the mainland. Beijing authorities have taken strict measures this month in the province of Hebei, where 103 were reported on Sunday, representing China's biggest daily increase in more than five months.

WHO: Poorer nations to get first 40 million vaccines next month 9h ago