Can the second dose of the COVID-19 vaccine be delayed?

To offer the first dose of the coronavirus vaccination to as many people as possible, the UK is delaying the necessary second dose. Many scientists think this isn't the best idea. 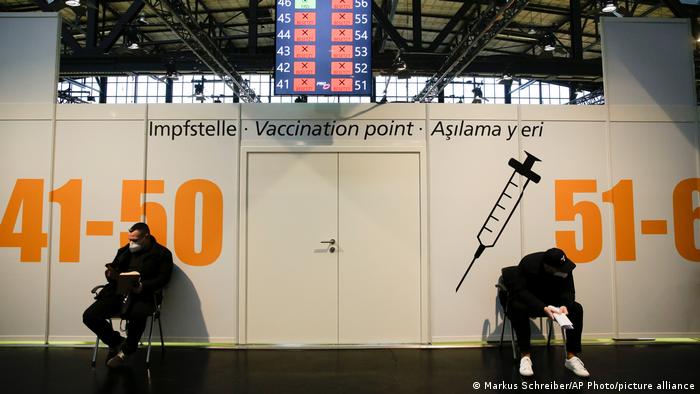 Germany has started its COVID vaccination effort. Will it follow the UK lead and delay the second shot?

The second COVID-19 vaccination is meant to be administered three weeks after the first dose. Given the shortage of vaccine, the UK is delaying the second dose so that more people can receive a first dose earlier. The UK authorities consider that a delay of up to 12 weeks does not impact the effectiveness of the vaccines.

The British initiative has triggered a lively debate in Europe. Expert opinions differ widely — which does not necessarily increase confidence in the newly developed vaccines. The only thing that is clear is that a second vaccination is absolutely essential because it triggers the necessary immune response, like a kind of booster. 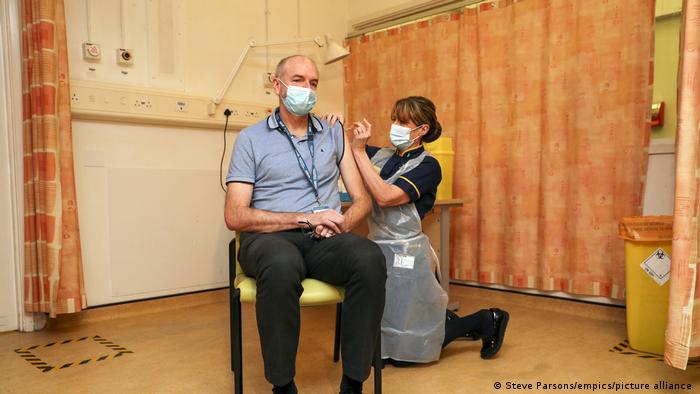 As the UK continues vaccinating, it is prioritizing giving more people the first dose before moving onto the second

The European Medicines Agency (EMA), no longer responsible for the United Kingdom since Brexit, is skeptical of the decision. A maximum limit for the time interval between doses of the BioNTech-Pfizer vaccine is not explicitly defined, but the proof of efficiency is based on a study in which the doses were administered 19 to 42 days apart, according to EMA. Administration of the second dose after a six-month interval, for instance, would not comply with the regulations and would require an amendment to the authorization and more clinical data, the agency said.

The BioNTech/Pfizer manufacturers also referred to the data of the phase III study, which only examined how effective the vaccination is after two doses given three weeks apart. Although some protection is present 12 days after the first vaccination, there is no data beyond the three-week period, the company said.

Klaus Cichutek, president of the Paul Ehrlich Institute (PEI), Germany's federal institute for vaccines, also wants to stick to the approach recommended thus far, because it is the only one for which effectiveness and safety data are available.

The World Health Organization  (WHO), however, believes that delaying the second dose of the BioNTech-Pfizer vaccine is an option. In exceptional cases, extending the time between the two shots by a couple of weeks would be possible, the chair of the WHO's Strategic Advisory Group of Experts on Immunization (SAGE), Alejandro Cravioto, told journalists.

Thomas Mertens, chairman of the Permanent Vaccination Commission (STIKO) at Germany's public health agency, the Robert Koch Institute, also takes a positive view of the British plan. "Since the interval between the two vaccinations can very likely vary within wide limits and protection is already very good after one shot, it is certainly worth considering giving preference to the first injection in the event of a vaccine shortage," he said. 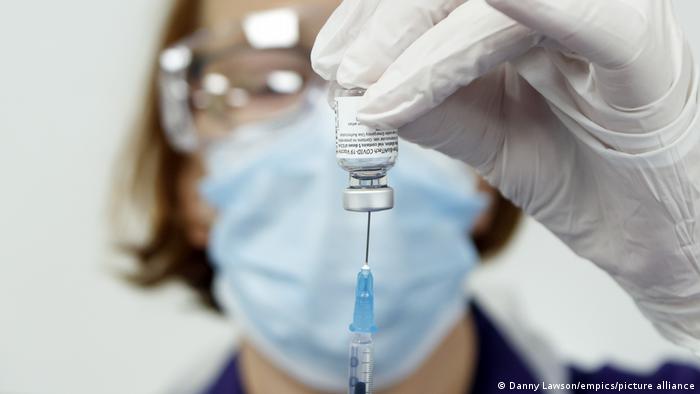 Bonn-based virologist Hendrik Streeck shares this view, pointing out that the data shows more than half of vaccinated individuals are already protected from a severe case of COVID after the first shot. If the second injection were offered later, the first batches of vaccine doses could actually double the vaccination capacity, Streeck argued on local television broadcaster RTL.

Peter Kremsner, director of the Institute of Tropical Medicine at Tübingen University, also sees some leeway. "In principle, the British approach makes a lot of sense," he said, explaining that just like with other vaccines, the second dose can probably be administered after two to three months because the first dose already seems to be highly effective. "If the effect of the first injection does not diminish rapidly over time, then the second one could be given even later, for example, after six months — but we don't know this yet," he said.

Leif Erik Sander, head of the Berlin Charite Hospital's research group on infectious diseases immunology and vaccines, is also in favor of more flexible vaccination intervals, according to the Science Media Center, a German science journalism organization. In the case of the BioNTech-Pfizer vaccine, he said, the three-week interval should be seen as the minimum separation time. There is some leeway, Sander said, adding that the second vaccination could be delayed without any problems, "without expecting that effectiveness will be significantly reduced." However, he conceded that this "is certainly only a temporary strategy" and stressed the importance of people making sure they get a second dose of the vaccine. 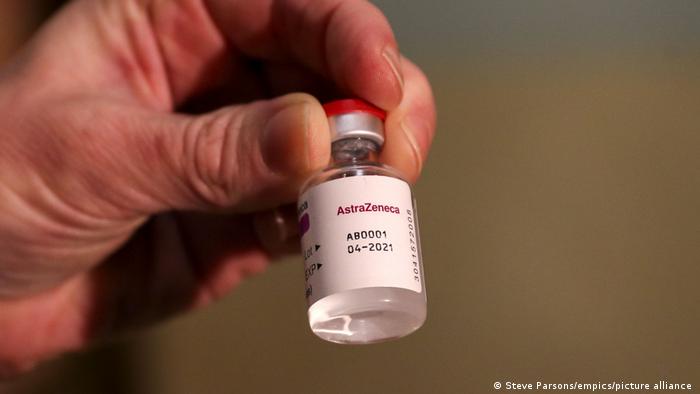 In the case of the AstraZeneca vaccine, the second dose follows six weeks after the first, Sander said. "Data from AstraZeneca/Oxford show that a delayed booster actually enhances the antibody response," he told Germany's daily Die Welt, adding that is a "phenomenon known from other studies, such as Ebola vaccines."

In view of the differing opinions among scientists, German Health Minister Jens Spahn is looking into the possibility of delaying the second vaccination in Germany, too. The STIKO vaccine commission is expected to make a recommendation after reviewing the data.

Adapted from the German by Dagmar Breitenbach

Vaccines save millions of lives each year. As countries start rolling out COVID-19 vaccinations, authorities are warning people to be aware of falsified vaccines.