Vaccines save millions of lives each year. As countries start rolling out COVID-19 vaccinations, authorities are warning people to be aware of falsified vaccines. 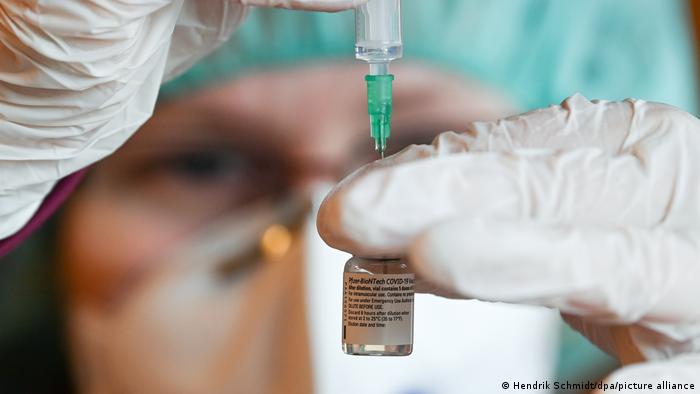 Police and health officials have warned that criminals will try to sell unregulated COVID-19 treatments as governments start vaccinating citizens  against the coronavirus.

"As [the] vaccine is now becoming available, the large demand will trigger different criminal activities," Europol spokesperson Jan Op Gen Oorth told DW. This includes circulation of falsified vaccines on illicit markets or their introduction into the legal market, trafficking of fake or substandard vaccines that have fallen out of the cold chain, and the theft of cargo and even medical waste such as empty vials.

The World Health Organization (WHO) issued a warning in March about unregistered websites claiming that products on sale can treat or prevent COVID-19.

Esteve told DW that the WHO was aware of some versions of falsified COVID-19 vaccines but so far there was no need to be concerned and appropriate regulatory action had been taken.

"The general public in Europe should not be alarmed about falsified versions of vaccines as long as they procure products in the regulated and controlled supply chain," Esteve said.

Though some people may think that fake medications are only a problem in poorer countries or those with weakened health care systems, they are a problem globally.

"No country is untouched by substandard and falsified medical products and work is being done in all WHO Regions," said Esteve. "What was once considered a problem suffered by developing and low-income countries has now become an issue for all."

It is difficult to assess the harm caused by substandard and falsified medical products, Esteve said. Often the product does not cause a toxic reaction but fails to prevent or treat illness. Some products, however, can harm or kill people.

Fake vaccines can make people lose faith in the public health organizations that are trying to protect them from disease. "It is important to stress that any harm caused by a falsified vaccine does not reflect any safety failure of an authentic or genuine version," Esteve said. "Genuine vaccines which have been subject to regulatory approval are considered to be safe, efficacious and quality-assured."

The global trade in counterfeit medical drugs was estimated to have reached $4.4 billion in 2016, according to a report published in March by the Organisation for Economic Co-operation and Development (OECD), a group of 37 wealthier countries. This number does not include the large amount of counterfeit pharmaceuticals that do not cross borders.

Up to 2 billion people around the world lack access to necessary medicines, vaccines, medical devices and other health products, according to the United Nations, which leaves a gap that is often filled by substandard and falsified products.

Between 72,000 and 169,000 children may die from pneumonia every year globally after receiving counterfeit drugs, according to the OECD report, and fake anti-malarial medication might be responsible for an additional 116,000 deaths.

Even when crime isn't involved, the quality of authorized vaccines can be damaged during production if an ingredient is faulty, or during transportation, as vaccines often need to be kept at certain temperatures to remain effective.

The BioNTech-Pfizer COVID-19 vaccine  that is now being rolled out has to be stored at ultralow temperatures before use. About 1000 vaccines headed to seven towns in the Upper Franconia region of Bavaria on December 27 were returned to BioNTech after storage temperatures hit unacceptable levels. The Lichtenfels District Office told DW that Lichtenfels and the six other affected towns received replacement vaccines the following day. 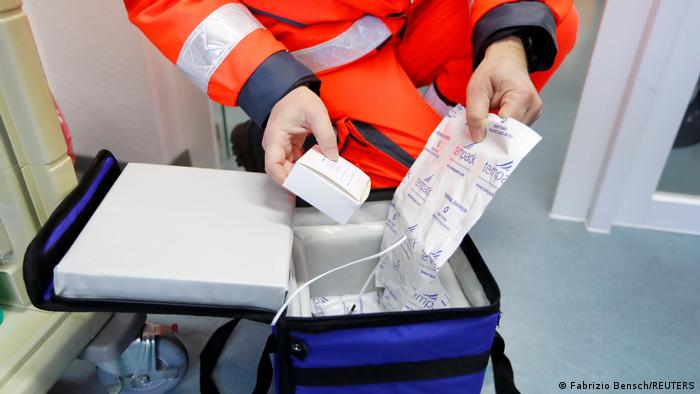 In contrast to substandard vaccines — vaccines that have been authorized but fail to meet quality standards or specifications — falsified vaccines deliberately misrepresent their identity, composition or source, according to the WHO's definitions.

Prashant Yadav, a health care supply chains expert at Harvard Medical School, said falsified vaccines could enter the supply chain both at the beginning and toward the end. This includes during the early stages when the vaccine is shipped from the production site to airports and then on to destination countries, as well as once the vaccine has entered the country and is being distributed to clinics.

"The way vaccine supply chains are organized, there are multiple points of vulnerability," Yadav told DW. "The [higher the] number of hops and storage points there are, the greater are the risks in falsified or counterfeit products entering the supply chain, especially for products like COVID-19 vaccines — the demand far outstrips supply."

Yadav said that if a person were to divert a genuine product, there would be a high chance someone would notice because the total number of vaccine doses wouldn't reach the destination point. These gaps can then be replaced with a falsified or counterfeit supply. 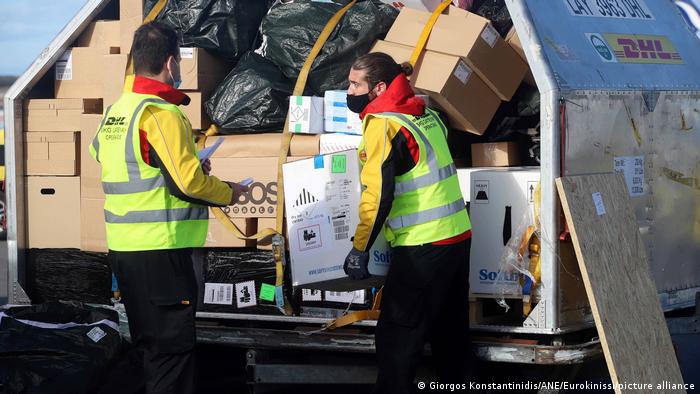 The fewer stops a vaccine makes, the less chance there is for fake vaccines to enter the supply chain

As the product moves through the supply chain  and is handed from one entity to the next, the responsibility also shifts, Yadav said. Typically the company which manufactures or develops the vaccine holds itself responsible until it hands the product over to a government-run agency, and then it becomes the government agency's job to ensure the integrity of the vaccine, he said.

But Yadav said there was currently a shortage of the small glass vials used to hold vaccines, and if someone who does not work for a genuine vaccine manufacturer were to try to make a large purchase of them, this should alert authorities to potential illegal activity.

The requirement for the BioNTech-Pfizer vaccine to be stored in ultralow temperatures could also help stop falsified vaccines from entering the supply chain, he said, as the need for special freezers will result in fewer storage locations for the vaccines.

According to the OECD report, one of the factors pushing the trade is a low risk of prosecution. Most counterfeits are only detected when they reach retailers or patients and it is often difficult to trace them back through complex supply chains, or to prove where the criminal activity occurred.

"There is so much secrecy built in here that the dark figure of crime is at this stage impossible to estimate," said Nikos Passas, a professor of criminology and criminal justice at Northeastern University in Boston Massachusetts.

Passas told DW that there are many instances in which victims do not report having received fake medications because they are unaware they've been given something counterfeit or they have bought the product illegally and don't want to notify authorities.

"Sometimes even companies would not share this publicly because they do not want to disclose a problem with one of their products for fear of a recall or fear of brand damage," Passas said.

Lenient sentences also play a role. "In most countries, sentences for falsification of medical products are far less than those applicable to, for example, drug smugglers, who can be imprisoned for lengthy terms and can have the proceeds of their crimes confiscated," the OECD report said.

Averaged across Brazil, Canada, France, the US and the United Kingdom, the maximum prison sentence someone could receive for trademark infringement was six years, compared with 25 years for narcotics trafficking, according to the report.

"Every time we have a shortage in any item that is in high demand, whenever there is supply-demand asymmetry, you've got an illegal market," said Passas. "The prices go up and people are motivated to get it and try and sell it."