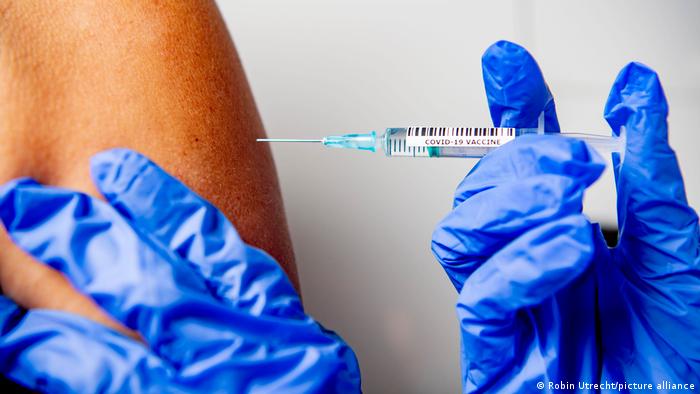 Millions of people worldwide are hoping to receive a vaccination against the coronavirus  in the near future. Vaccines have been found safe and approved by health authorities in many countries.

At the same time, many people are ambivalent because, while they want to protect themselves against infection, they also fear possible side effects from vaccination. They have doubts as to whether the vaccines are actually safe, given the rapid pace of development, and whether possible side effects have been adequately studied.

So what vaccine reactions are normal, and what side effects are possible?

It is normal to have certain reactions after a vaccination: There may be redness, swelling or pain around the injection site. Fatigue, fever, headache and aching limbs are also not uncommon in the first three days after vaccination.

These normal vaccine reactions are usually mild and subside after a few days. They show that the vaccine is working, because it stimulates the immune system and the body forms antibodies against the infection that is only "feigned" by the vaccination. 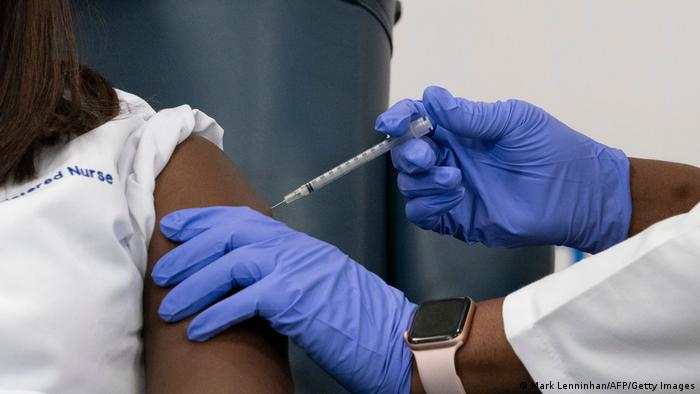 Typical vaccine reactions are mild and disappear after a few days

Accordingly, such typical vaccination reactions have also been reported after receiving the BioNTech-Pfizer,  Moderna,  AstraZeneca  and the Russian Sputnik V  vaccines, which are already in use.

In addition to the typical vaccination reactions, there were also individual cases of sometimes severe side effects after vaccination, such as allergic shocks,  which were reported in detail. But these are isolated cases.

Overall, the approved vaccines are safe, according to the European Medicines Agency (EMA), the US Food and Drug Administration (FDA) and the World Health Organization (WHO);  otherwise, they would not have authorized the vaccines.

Some of the new vaccines — so-called mRNA vaccines — are different from the established vaccines: they do not contain weakened or killed viruses. Instead they contain only a blueprint for a component of the COVID-19 pathogen.

Others are so-called vector vaccines that use harmless adenoviruses (such as cold viruses that only affect chimpanzees) as transporters to introduce the surface protein of SARS-CoV-2, the spike protein, and thereby trigger the immune response.

Here is an overview of the risks and side effects of the commonly mentioned vaccines:

During the approval phase, no serious side effects occurred with the BNT162b2 vaccine developed by companies BioNTech of Germany and Pfizer of the US. The typical vaccination reactions such as fatigue and headache were less frequent and weaker in older patients. 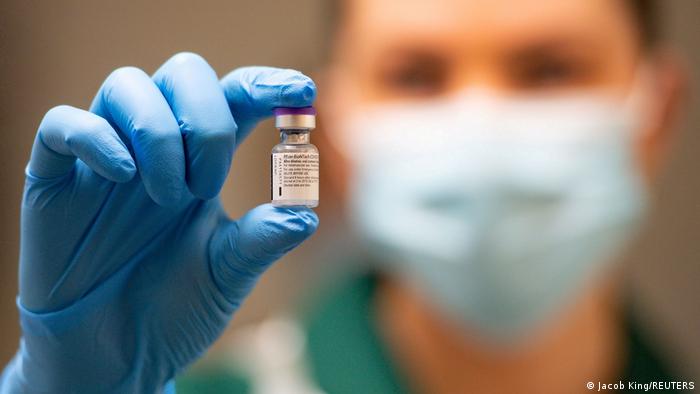 BioNTech-Pfizer's vaccine was first approved in the EU

However, since this mRNA vaccine has been in use, a few patients had a severe allergic reaction immediately after the injection. One patient in the USA and two Britons even went into anaphylactic shock, associated with reddening of the skin and shortness of breath.

Since these individuals either had no previous illnesses or were not known to be allergic to certain vaccine ingredients, the British Medicines and Healthcare products Regulatory Agency ( MHRA )  warned in particular people who are allergic to certain vaccine ingredients, or have already suffered an anaphylactic shock,  against getting the vaccination.

The manufacturers do not see any direct connection to the vaccination in the case of a US physician with no previous illnesses who died from a brain hemorrhage due to immune thrombocytopenia 16 days after receiving the vaccination. This occurs when the immune system reduces the number of platelets.

Headlines were made when 33 people in Norway died a few days after the first vaccination, all of whom were more than 75 years old and had severe underlying diseases. While manufacturers are still investigating the causes, the Norwegian Health Authority has changed its instructions for vaccinating older, frail people against COVID-19. In the future, doctors are to decide individually whether the benefits of vaccination outweigh the risks of side effects.

The mRNA-1273 vaccine from US company Moderna is also a gene-based vaccine that is very similar in principle to the one from BioNTech/Pfizer.

During the clinical trials, participants tolerated the vaccine well, according to the manufacturer and testing authorities. The usual vaccination reactions were only mild or moderate and didn't last long. However, almost 10% of those vaccinated with mRNA-1273 experienced fatigue, according to an interim report by an independent surveillance panel. 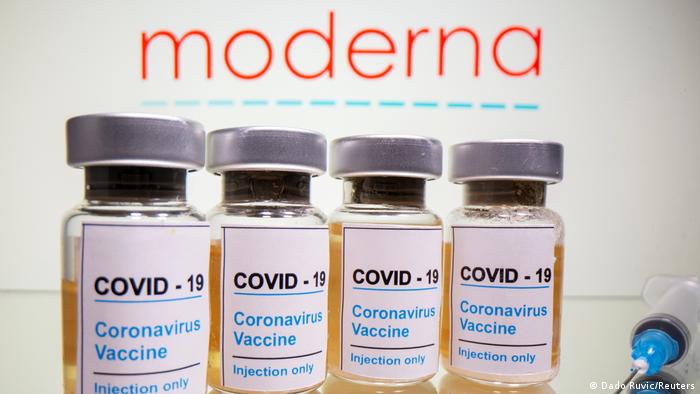 Severe allegic reactions to the Moderna vaccine are "rare," according to the US Centers for Disease Control and Prevention (CDC). The CDC is basing that assessment on the documentation of 4,041,396 doses of the vaccine that were administered between December 21, 2020 and January 10, 2021. A total of 108 allergic reactions were recorded, but only 10 recipients went into anaphylactic shock. The CDC reported that none of the allergic reactions led to death.

A very small number of people who received the Moderna vaccine experienced facial nerve paralysis. However, it is still unclear whether these reactions are actually related to the core ingredient of the vaccine. It is possible that the side effects were not triggered by the mRNA, but by lipid nanoparticles that serve as carriers for the mRNA and are later broken down by the body.

Isolated cases of facial paralysis, mostly temporary, occured sporadically during the clinical trials of the BioNTech/Pfizer and Moderna vaccines, but also during ongoing vaccinations in Israel.

At the British-Swedish company AstraZeneca, an incident during clinical trials in September caused a stir because one person suffered inflammation of the spinal cord after vaccination. The trial was briefly halted  until an independent panel of experts determined that the inflammation was probably not related to the vaccination. 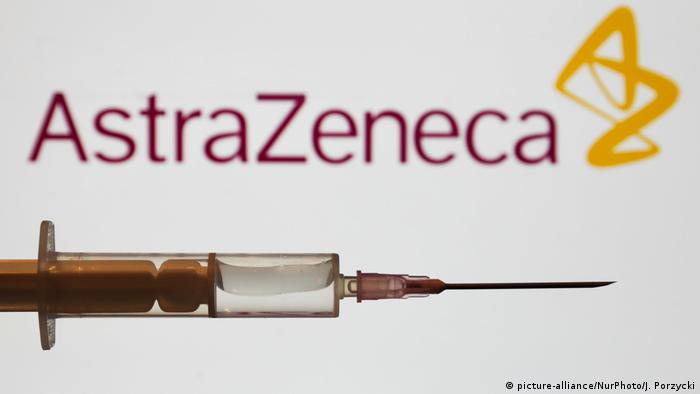 AstraZeneca's vaccine has not yet been approved in the EU

Otherwise, only typical vaccination reactions such as pain at the injection site, muscle pain, headache and fatigue occurred with the vaccine from AstraZeneca. Again, vaccine reactions were less frequent and milder in older people. This is a vector vaccine.

There have been considerable reservations worldwide about the vaccine developed by the Gamaleja Research Center in Moscow because the Russian government issued an emergency use authorization after a phase II trial. Furthermore, scientists reviewing the study  voiced concern about possible manipulation of the data.

Nevertheless, Sputnik V is already being used not only in Russia but in many other countries, including Belarus, the United Arab Emirates (UAE), India, Brazil and Argentina. 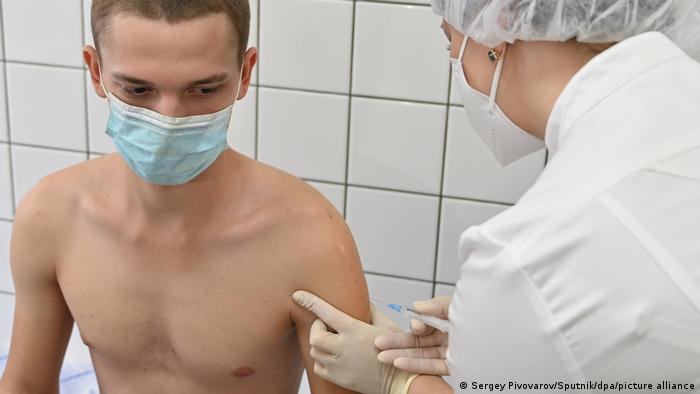 On January 2, Russian Health Minister Mikhail Murashko told journalists that more than 1.5 million doses had been delivered to Russian regions and more than 800,000 people had been vaccinated.

There have been no reports of severe side effects following Sputnik V vaccination. Nevertheless, reservations are apparently high in Russia as well. According to a Reuters report, 52% of 3040 Russian doctors and other health professionals stated in a survey, conducted by the "Doctor's Handbook" mobile application and quoted by the RBC daily,  that they would not be vaccinated with Sputnik V due to insufficient data.

Weighing the benefits and risks

All risks and side effects registered so far are only snapshots of the past months — this must be noted despite all the excitement about the rapid vaccine development. Nothing is yet known about possible long-term effects of the individual vaccines. Only the long-term studies that accompany the vaccinations worldwide and will continue since approval will provide clarity. 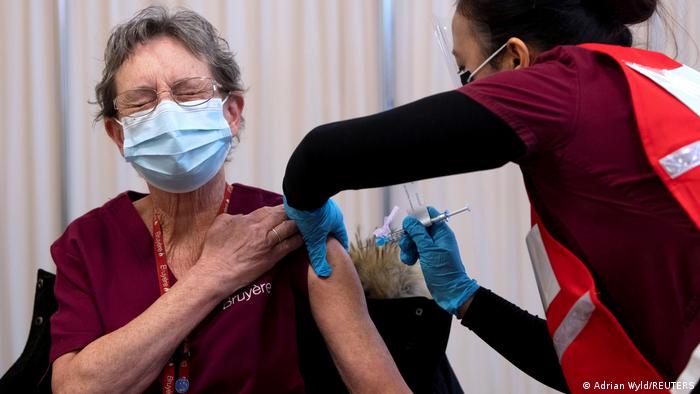 Every vaccination is a weighing of risks and benefits

In principle, the decision is always based on a risk-benefit assessment, said Christian Bogdan, director of the Institute for Clinical Microbiology, Immunology and Hygiene at Erlangen University Hospital, who is also a member of the Standing Committee on Vaccination (STIKO) at the Robert Koch Institute (RKI).

To the German Press Agency, he made the following calculation: If an elderly person has a 20% chance of dying from a coronavirus infection, and at the same time the risk of getting a severe side effect of the vaccination is 1:50,000 or even less, "I would accept that risk," he said.

So far, there is a lack of information about rare, possibly severe side effects, for example in rare pre-existing conditions or in certain risk groups such as specific allergy sufferers.

Such side effects only become apparent after many people have been vaccinated and after a longer observation period. "There is therefore a residual risk," said Bogdan. "How high that is will have to be examined in the coming months and years." 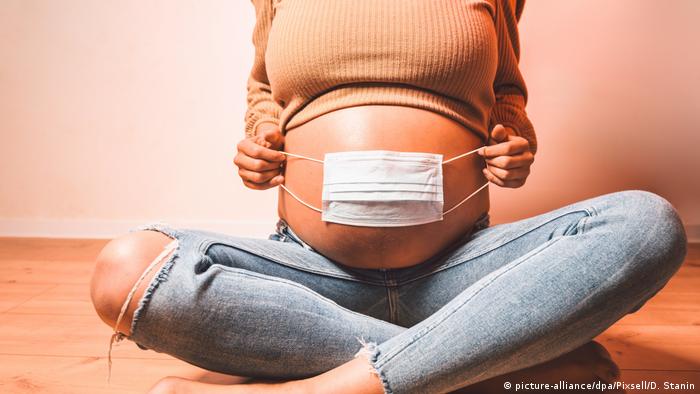 When it comes to children, Bogdan said they shouldn't be vaccinated. Their risk of dying from COVID-19 is close to zero, he said, and they still have a very long life ahead of them.

Women who are pregnant or breastfeeding should also not get vaccinated as a precaution, according to Bogdan, based on current data.

A recommendation from the US Center for Disease Control (CDC),  however, does not rule out vaccinating pregnant or breastfeeding mothers with mRNA vaccines after medical examination and consultation.