The Oxford vaccine ChAdOx1 is seen as a promising candidate to combat COVID-19. But critics believe that research is going too fast and that risks could be being played down. What is true about the accusations? In October 2020, there were more than 200 coronavirus vaccine candidates  in development worldwide. Of these, nine are considered by observers to be favorites because their development is well-advanced and they are now in phase III or in a combined phase II/III human study.

One of the vaccines  that has attracted particular attention is the so-called Oxford vaccine ChAdOx1. The vaccine from biotechnology company Vaccitech  was developed by the British-Swedish pharmaceutical company AstraZeneca in collaboration with the University of Oxford  and is also known as AZD1222.

The Guardian, quoting unnamed developers, reported on 27 October  that the latest research suggests the vaccine "produces an immune response in older adults as well as the young".

The paper added, however, that "neither Oxford University nor its commercial partner AstraZeneca would release the data from the early trials showing the positive effects, which are being submitted to a peer-reviewed journal". It also said that AstraZeneca shared its findings at a recent closed academic meeting. 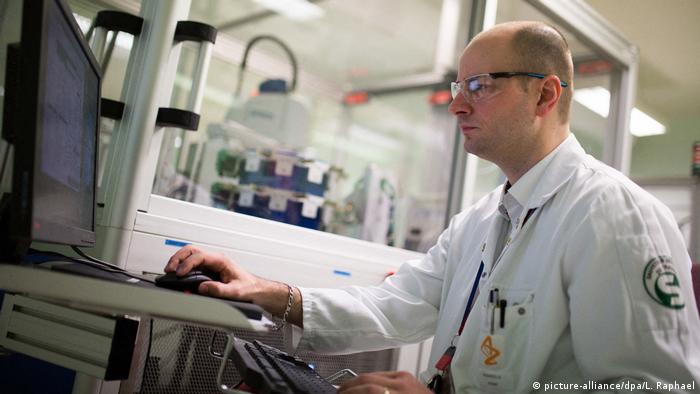 The European Medicines Agency (EMA) has already started a review of AZD1222. It is the first time this has been done in the European Union for a coronavirus vaccine.

In view of the urgency of the current situation, the review is being conducted under an accelerated procedure. To save time, the authority is checking the test data while it is still being collected. Usually, tests have to be completed first, with all results then being presented to the EMA at once.

Under the current procedure, it is conceivable that the vaccine could be released just a few days after the end of the tests — if the authority is convinced that it is efficacious and safe. However, the EMA has so far declined to say how long the review and evaluation will take. It says only that tests with thousands of volunteers are underway and that the results are expected in the next "weeks and months." 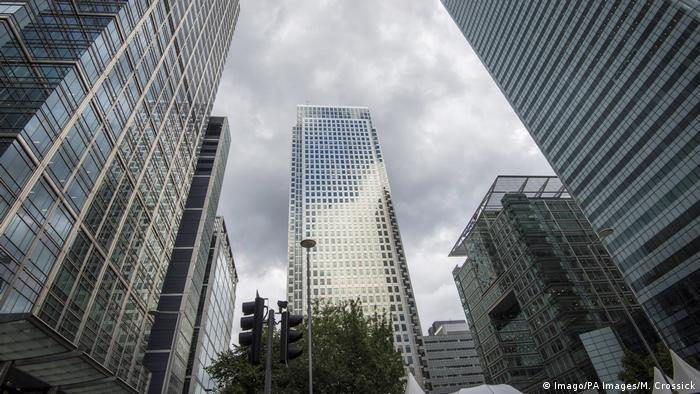 Although it is not yet clear whether the vaccine will be approved in the end, numerous governments, including that of Germany,  have already preordered tens of millions of vaccine doses. And AstraZeneca has already entered a binding agreement with the Serum Institute of India  to produce at least 300 million doses.

For the governments that have ordered the vaccine, but also for AstraZeneca itself, this preplanning is an economic gamble. If the vaccine is ultimately approved and the manufacturer can then bring large numbers of vaccine doses onto the market at an early stage, considerable profits could be made. But the risks of not obtaining approval are also enormous.

Critics like the Austrian health ecologist Clemens Arvay  are seeing all this as confirmation of their belief that the powerful pharmaceutical industry, backed by sponsors like Bill Gates and with tacit political approval, wants to bring the vaccine onto the market at any cost in pursuit of these profits.  Arvay, who is a biologist and runs a YouTube blog, argues that in the process, it is ignoring due medical caution and putting the health of the public at risk. 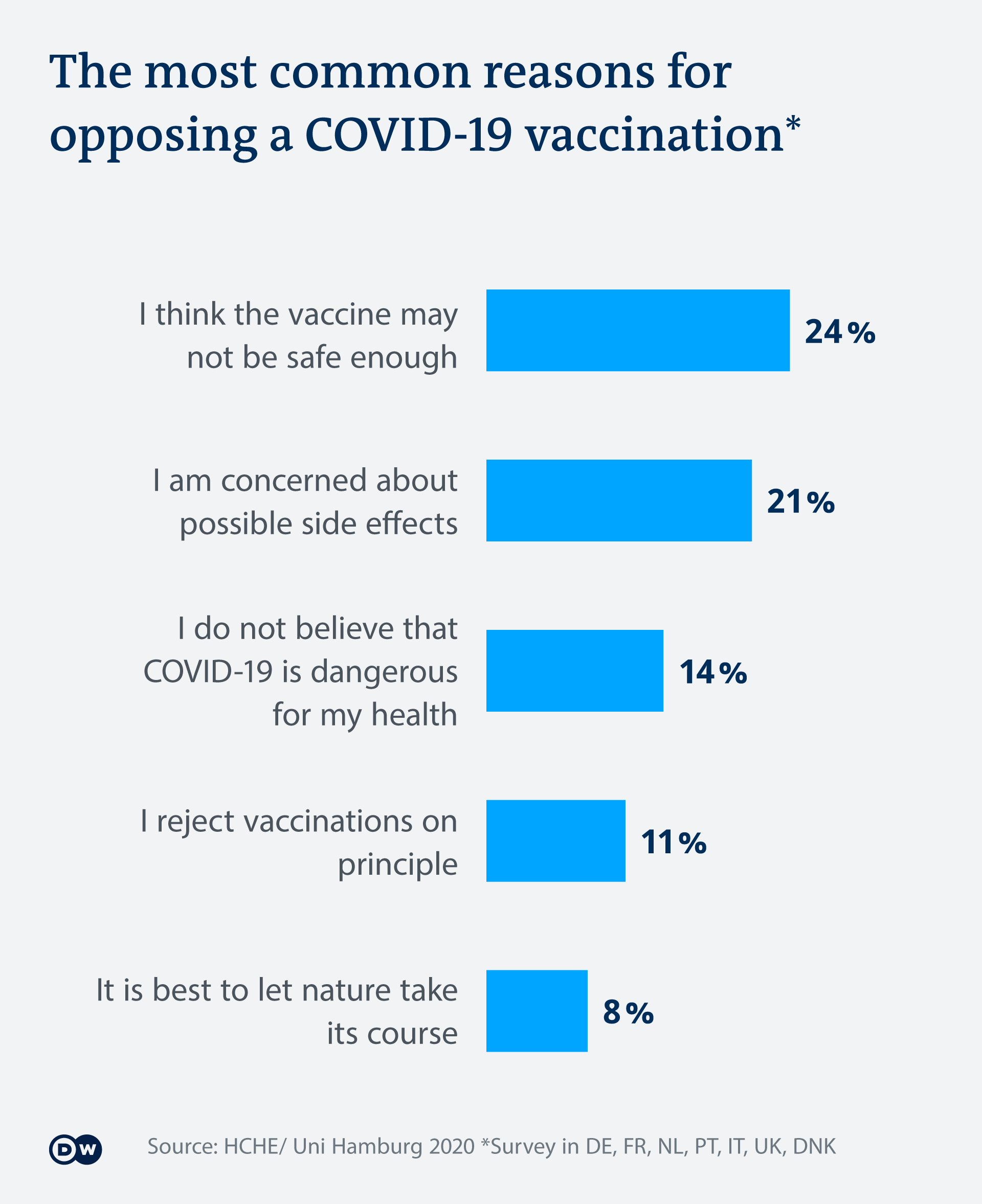 He backs up his argument with a number of points: The active substance did not create sufficient protection against infections  in the preclinical phase in primates and was nevertheless approved for a combined phase I and II trial. In this phase there were severe side effects: fever and a decrease in white blood cells (neutropenia). Despite this, the vaccine was approved for phase III. And now there has been a serious incident in phase III, with one patient ending up suffering from transverse myelitis  — but research continues.

"I can understand the concern that people are not working carefully because the pressure is so great," says Prof. Stephan Becker, a virologist from the University of Marburg in Germany. "So there is some reason to keep a close eye on things."

Becker himself was involved in the combined Phase I and II study.  His institute carried out the immune monitoring in the "neutralization assay," or test for neutralizing antibodies. This means he and his colleagues checked whether one of three desired immune responses to the vaccination worked.

In the neutralization assay, the researchers tested the functionality of the vaccination and verified that the antibodies developed by the immune system of the vaccinated person could inhibit viral infectivity. Fellow researchers performed a serological test (ELISA)  showing that patients produced antibodies that bind to the spike protein typical of SARS-CoV-2. A third test dealt with the T-cell response, i.e., the learned immune defense of white blood cells. 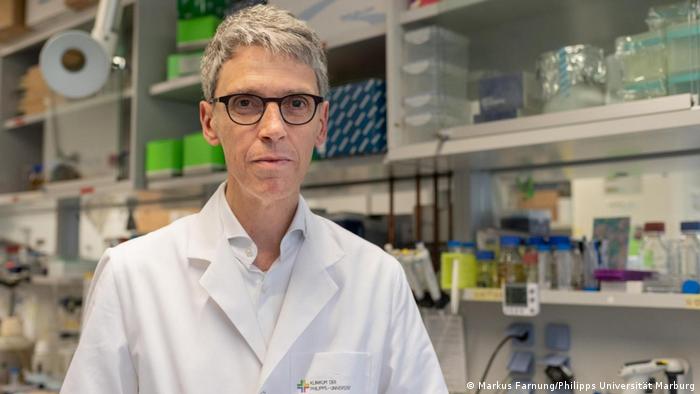 Prof. Stephan Becker is director of the Institute of Virology at the University of Marburg

"I do not get the impression that industry is putting subtle pressure on scientists and regulatory authorities. The regulatory authorities are now very focused on COVID-19 vaccines and concentrating efforts mostly on them, but this does not mean that people are working less carefully," says Becker.

Is the vaccine even effective?

In his criticism, Arvay draws on the opinion of experts like the prominent US geneticist and molecular biologist William A. Haseltine. In May, Haseltine had expressed doubts about the effectiveness of the vaccine in an article in Forbes.  He wrote that he had been disappointed by the results of the preclinical phase, in which the vaccine was tested on animals.

But Prof. Becker has a different interpretation of the results of this study, which was published as a preprint on BioarXiv  and in Nature.

The vaccine was first tested on mice, and later on macaques. Becker says the study demonstrated that all mice showed a reaction after vaccination, with the animals producing three desired forms of immunity. "They had both a neutralizing titer and an ELISA titer. And it seems that the T-cell response also works," he says.

He sees the tests with macaques as having produced similar results. "Here you can see that the animals also go up in the ELISA titer after a single vaccination and have a neutralizing response and a T-cell response as well," he says.

After being vaccinated, the animals were infected with the coronavirus. The study shows that they had a reduction in viral load in the nasal swabs. The reduction in viral load "was not so marked" in the lung swabs, Becker concedes. But he says that this is not enough to conclude that the vaccine does not work — especially in view of the fact that the combined phase I/phase II study in humans showed that 91% of those vaccinated developed specific antibodies after a single vaccination, and a whole 100% after the second vaccination.

Arvay's second criticism focuses on side effects recorded during the vaccine tests, in this case flu-like symptoms, which about 70% of the vaccinated test persons had developed temporarily, as well as  a high fever of over 38 degrees Celsius.

Stephan Becker also thought that was quite a lot. "But if it subsides quickly, it is acceptable to say: This is not a serious side effect — in the sense that it is not prolonged. One would say: 'This side effect is directly related to the administration of the vaccine and has quickly subsided.'" In such cases, he says, it has to be weighed up whether the risk for patients outweighs the protection they receive against a coronavirus infection.

He says it is always important to check whether such a vaccination can still be used safely on those who are particularly at risk from COVID-19, i.e., older people and those with previous illnesses.

One in 10 participants in the phase I/phase II study underwent blood monitoring and it was found that the neutrophils, types of white blood cells, had temporarily decreased  in 46% of these people.

According to Arvay, this neutropenia is an indication that the immune system is weakened by the vaccination. In his opinion, it was not justified to go on to phase III.

Becker agrees that the proportion of test persons in whom this was observed is considerable, because neutropenia occurs much less frequently with many conventional vaccines. But he says there are also always exceptions. 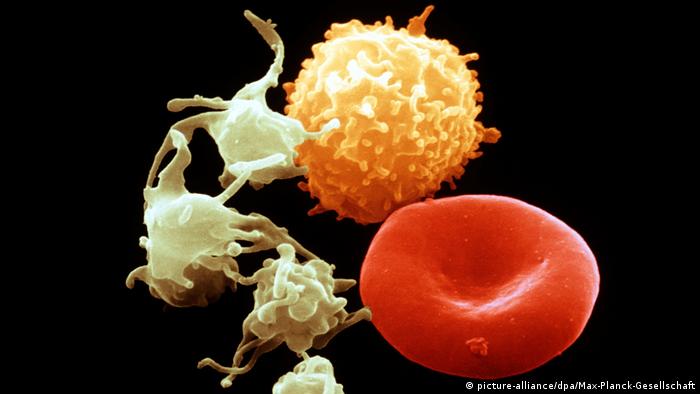 For example, neutropenia is a very common side effect of the yellow fever vaccination,  even though this is considered one of the safest vaccinations.

So, Becker says, it may have been right to start phase III after all. "If the neutrophils disappear from the serum, it is because they retreat to where they are now needed — to the place where the vaccination is being administered. This is probably also the reason why they come back relatively quickly," he says.

Becker feels that the neutropenia and the fever can probably be interpreted part of the same reaction. "It is unpleasant, but it is also a sign that the immune system has kicked in here," he says.

In such a situation, it is difficult for physicians to decide whether it makes sense to pursue the development of a vaccine, Becker says. "Of course, one would want an ideal vaccine to have no side effects at all and to provide 100% protection. But such an ideal vaccine is really rare, especially if it has to be developed and tested under conditions like those we have now. We will probably not get the ideal vaccine that quickly now," Becker predicts.  In addition, he says, a viral infection  itself usually results in neutropenia.

A nerve disease as a special case?

The side effect that occurred during phase III in an English patient in early September is more serious. She had symptoms of transverse myelitis, an inflammation of the spinal cord. This is a neurological illness that is considered an autoimmune disease. The patient was discharged from hospital after a short time. At the end of September, the scientific journal Nature published a news report  saying that there had possibly been yet another, less-noticed, case of transverse myelitis before, with the person later reportedly being diagnosed with multiple sclerosis.

In addition, SARS-CoV-2 itself often causes autoimmune diseases of the nervous system  that can be very severe and possibly fatal. 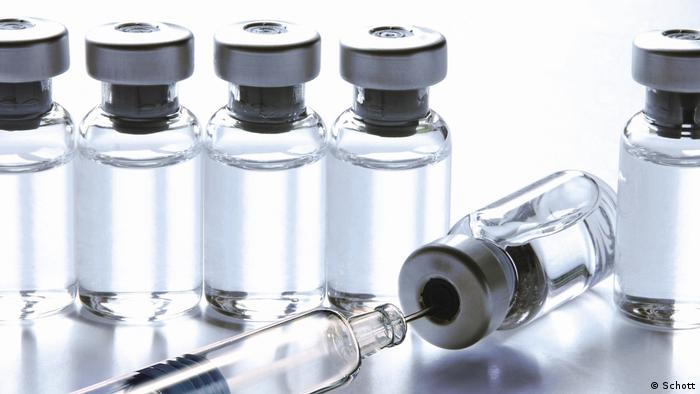 Many people are waiting for a coronavirus vaccine; others do not want to be vaccinated at all

Only a few days after the British patient was discharged from hospital, the scientists continued the phase III study.

"A short-term interruption of the study recruitment, as now happened in this case, is a common procedure in clinical trials," says Prof. Clemens Wendtner, head doctor in the infectiology department at the Schwabing Clinic in Munich.

He emphasizes that after vaccination, transverse myelitis typically occurs in 1.3 in 1 million people, so it had been correct to react. "If serious side effects occur, a Data Safety Monitoring Board (DSMB), which is independent of the sponsor, decides that a stop should be imposed," the physician emphasizes. But Wendtner also does not want to rule out the possibility that something else could have caused the disease.

His Marburg colleague Becker would have at any rate have liked to have more information about the case of the British patient. "Now the specialists examined the case for about a week and decided: We'll let the study continue. And I wished that we had been given more background. Why is it continuing now? Why has this decision been made in this way?"

Becker, who is not involved in the phase III study himself, has no doubt that his medical colleagues will continue their research with the due care and caution. "They are just trying to be very quick. And that is what many people want. Some don't want to be vaccinated — I can accept that, too. But for many, a vaccine is hopefully a good chance to return to normality," he says.