Prime Minister Boris Johnson says Britain's lockdown could last until the end of March in some places. His comments came as the country recorded more than 60,000 cases and over 1,000 deaths. Stay up to date with DW. 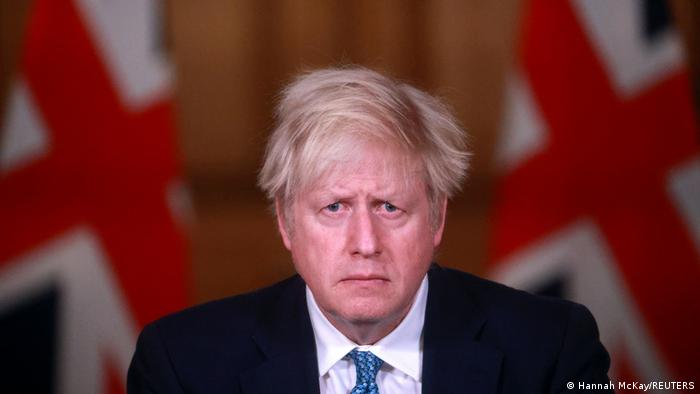 Boris Johnson told lawmakers the lockdown measures will be reviewed in mid-February, but that they could last until March in some areas

England's nationwide lockdown could last until the end of March in some areas, Prime Minister Boris Johnson said Wednesday in the British Parliament.

Johnson's statement came hours after he said that relaxing the nationwide measures six weeks earlier was a possibility, with a review expected in the middle of next month.

"The restrictions will be kept under continuous review, with a statutory requirement to review every two weeks and a legal obligation to remove them if they are no longer deemed necessary to limit the transmission of the virus," he said.

Johnson also promised to inoculate the top four priority groups with the first jab by mid-February.

The UK reported 1,041 new deaths from the virus on Wednesday — the highest tally since the peak of the pandemic in April. A record 62,322 COVID-19 cases were also registered in the last 24 hours.

Germany recorded a total of 1,019 deaths and over 21,200 new COVID-19 infections, according to the latest figures from the Robert Koch Institute, Germany's public health agency for infectious diseases.

The country has been struggling to bring a second wave under control. Germany on Tuesday announced an extension of a lockdown until the end of January.

The Netherlands has begun vaccinating residents against COVID-19 —the last EU country to do so.

Health workers are the first in line for vaccination in the coming days, while vaccination centres across the country are not expected to be operational until next week.

Russia has vaccinated 1 million people against the coronavirus with Sputnik V, the producer said on Twitter.

Norway has drafted a bill to grant the government power to introduce a curfew if necessary. The Minister of Justice said that the Cabinet would use such power if the coronavirus' rate of transmission became higher, or other "extreme" circumstances.

The country would consider introducing a curfew after "many other measures," Norway's health minister said.

Portugal has reported a record high of 10,027 new COVID infections in a single day, as policy makers prepared to approve an extension of a state of emergency until January 15.

President Marcelo Rebelo de Sousa had expressed his concerns over the rise in the number of cases after the holidays. Authorities relaxed the restrictions on Christmas and tightened them again on New Year's Eve.

The country, of a population of over 10 million people, has recorded a total of 444,606 coronavirus infections and 7,277 deaths.

Switzerland is planning a nationwide shutdown of sports facilities, cultural establishments, restaurants and bars, excluding ski resorts, starting from Saturday. The restrictions, which had been due to last until January 22, are set to be extended until the end of February. A final decision is expected to be made on January 13.

The head of Sweden's Civil Contingencies Agency (MSB) — the body responsible for the management of emergencies and public safety — has stepped down after taking a Christmas vacation on the Canary Islands amid government pleas against nonessential travel.

MSB chief Dan Eliasson told local media that his trip was necessary as he was visiting a family member. The incident came after Sweden's prime minister received criticism for visiting a shopping mall, despite his Cabinet recommending against such activities.

Ireland has shut schools and construction sites for at least three weeks after earlier announcing the closure of restaurants, bars and most nonessential businesses. Prime Minister Micheal Martin said the measures were necessary to curb "a tsunami of infection."

The United States logged more than 3,900 COVID-19 deaths in a new 24-hour record, amid a winter surge in cases and deaths.

Los Angeles ambulances have been told to stop transporting some patients with extremely low survival chances, as hospitals reach capacity and resources run low. Ambulance services have also been instructed to use limited amounts of oxygen.

The Grammy music awards, slated for the end of January 2021, has been postponed to March due to pandemic conditions. The night is considered one of the major entertainment events in the US. 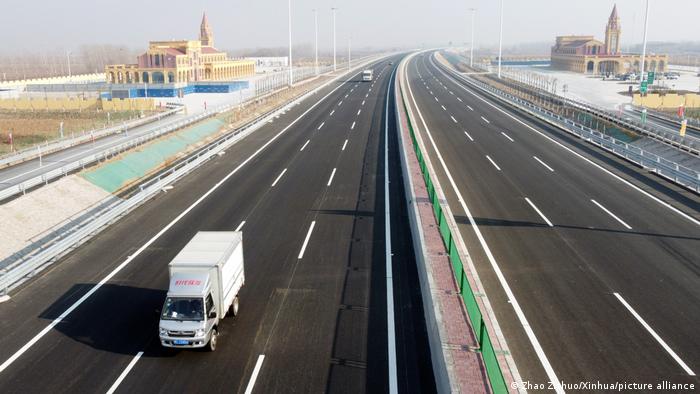 Japan's capital, Tokyo, has reported a record of 1,591 coronavirus cases in one day, as authorities prepared to announce a state of emergency to curb infection.

The Philippines has added six countries to its list of 27 states subject to an entry ban until January 15. The measure aims to prevent the more infectious coronavirus variant from entering the country.

The new nations on the list are Portugal, India, Finland, Norway, Jordan and Brazil.

Chinais enforcing stricter controls in northeastern Hebei province after 20 new cases were found. Those in the most-affected areas, including provincial capital Shijiazhuang with 11 million residents, were being tested and have had travel and gatherings restricted.

Thailand's COVID-19 coordinating center has warned that the number of new daily cases could rise to more than 10,000 by later this month if the government does not do more to curtail the virus's spread.

The warning comes as an outbreak was discovered in mid-December centered in a seafood market in Samut Sakhon, southwest of the capital Bangkok, breaking months of nearly zero infections.

South Korea rolled out mass testing for 52 prisons in the country. Authorities were prompted to act after half of the total 2,292 inmates and personnel in a prison in southeastern Seoul tested positive for the virus.

Australia is bringing forward the roll-out of COVID-19 vaccines by two weeks to early March, the Health Ministry said in a statement.

The government plans to complete a mass inoculation program for its 25 million citizens by the end of this year.

Amid pressure to speed up inoculation, German officials are looking into stretching their supply of the BioNTech-Pfizer vaccine to get more shots.

BioNTech admits it will struggle to fill COVID vaccine 'gap'

The co-founder of the German vaccine developer has spoken of the battle to ramp up production of its coronavirus jab. His comments come amid growing criticism of Europe's vaccine rollout.