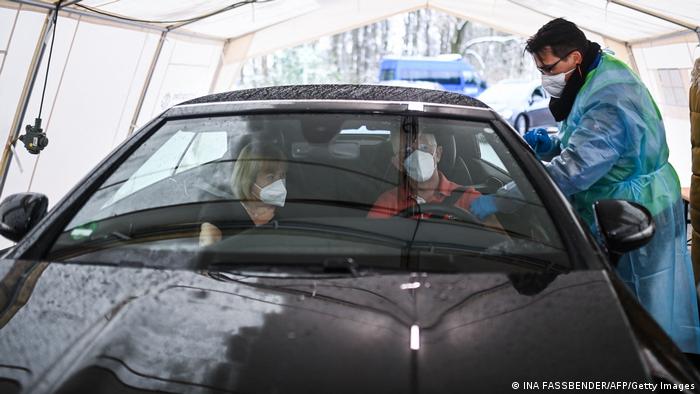 Millions of Germans have now received at least one dose

More than 15% of Germans have now received at least one dose of the coronavirus vaccine, the Robert Koch Institute (RKI) for disease control revealed on Sunday.

The figure represents a more than 25% increase compared with a week earlier, and is the latest sign that a sluggish start to Germany's vaccine rollout is over.

Several studies indicate a single dose already gives some level of protection against the virus.

General practitioners in Germany joined the country's rollout on Wednesday and now that more vaccines are available, an increase in the number of daily doses administered has climbed, peaking at more than 700,000 on Thursday.

Healthcare on the brink

But there was bleaker news elsewhere, with the German health system "under intense pressure," according to a government spokesperson.

And Gernot Marx, president of the German association of emergency care (DIVI), warned on Friday that the situation in hospitals is extremely worrying.

While Germany's largest university hospital, Berlin's Charite, said that "if the number of seriously ill COVID patients exceeds the second wave, we will enter a critical situation."

Meanwhile, hundreds of people took to the streets across Germany on Saturday as part of the "Zero COVID" movement, demanding stricter rules to curb the third wave.

In Bremen and Hanover, more than 200 citizens protested, while around 50 people took to the streets of Göttingen. Roughly two dozen people gathered in Berlin to air their frustrations and there were around 70 protesters in Dusseldorf, a police spokesperson said.

The "Zero COVID" protesters want a three-week paid break from work and said offices were "infection hubs." A desire for profit should not come before people's health, the organizers said.

In Hanover, protesters were demanding pandemic policies based on science, adding the government should put its people before economic interests. 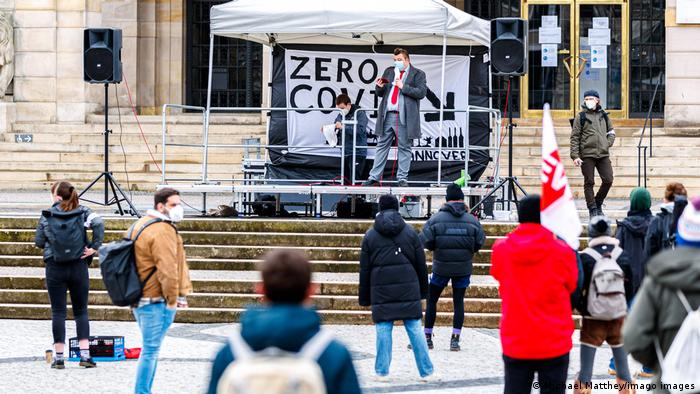 Around a dozen demonstrators were seen in Potsdam, calling for more safety measures in schools and kindergartens, while they also want in-person teaching to be stopped. 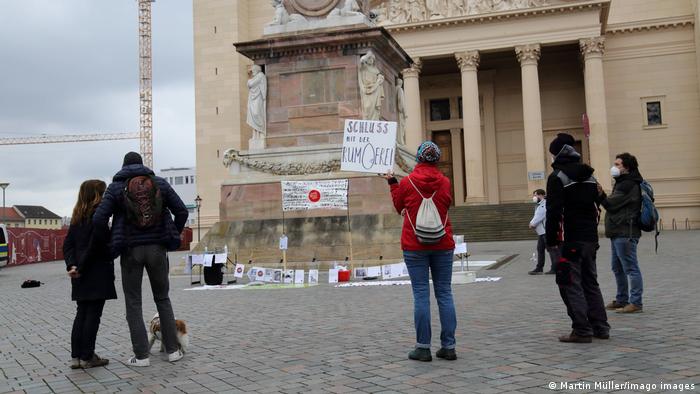 Demonstrators participated in a "No COVID" rally in Potsdam, calling for the government to be more decisive

In Munich, more than 100 people joined a rally, airing similar frustrations to those seen elsewhere in Germany. 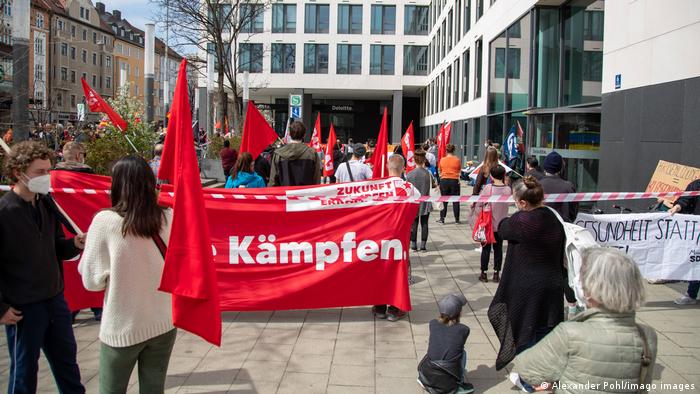 And in Hamburg, a motorcade protesting against restrictions was pelted with eggs and tomatoes by some 300 counter-protesters on bikes, a police spokesperson said.

The motorcade of 109 vehicles had to be ended prematurely as a result.

With material from DPA.