Activists say they must up the ante as world edges closer to climate disaster | Environment | All topics from climate change to conservation | DW | 17.06.2022 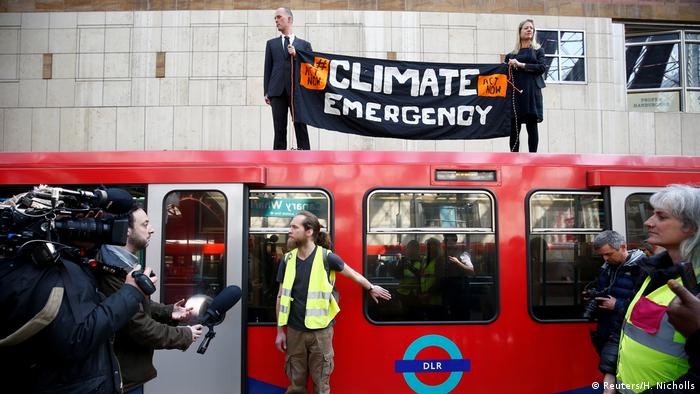 Kumi Naidoo is the former head of Greenpeace. Luisa Neubauer is one of the founders of Germany's Fridays for Future climate movement. But Naidoo and Neubauer's entry into activism couldn't have been more different.

Now in his late 50s, Naidoo joined the anti-apartheid movement as a 15-year-old in Durban, which got him expelled, arrested, and ultimately exiled from South Africa. Neubauer is from the wealthy German city of Hamburg. For young people like her from the "Merkel generation," it was all about getting a good education and career, she says.

Speaking in a Zoom call from Germany and South Africa, Neubauer and Naidoo acknowledge the contrast but also what unites them. Both experienced a lightbulb moment of realization that they would dedicate themselves to activism early in their lives. But they also said they'd recently come to realize they had to change their approach to activism 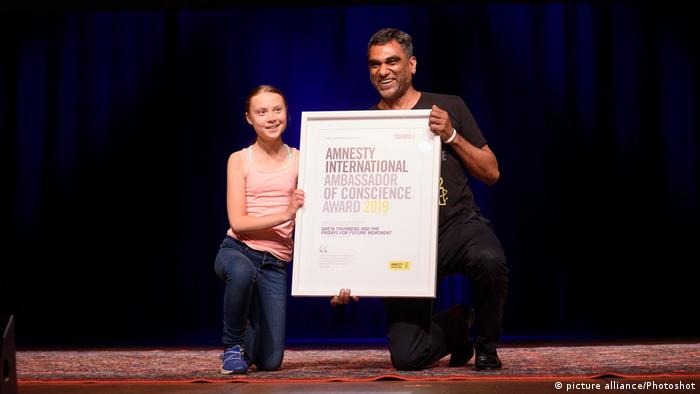 given the severity of the climate crisis.

Quoting Albert Einstein, who famously said "the definition of insanity is doing the same thing over and over again, expecting to get different results," Naidoo believes it would be "arrogant" for activism not to take that sentiment into account.

An end to 'handshake activism'

From deadly floods in South Africa to extreme heatwaves hitting India, Pakistan and the US, the effects of fossil fuels heating the planet is here. Neubauer says the time for "handshake activism" is long over.

It's the kind of activism that looks good on paper, and it's where the geography student says she started out.

"It is something that you might be very dedicated to, but you're also very keen to meet an important minister, to shake their hand and take a photo, and prove that you've actually done something," she explains. 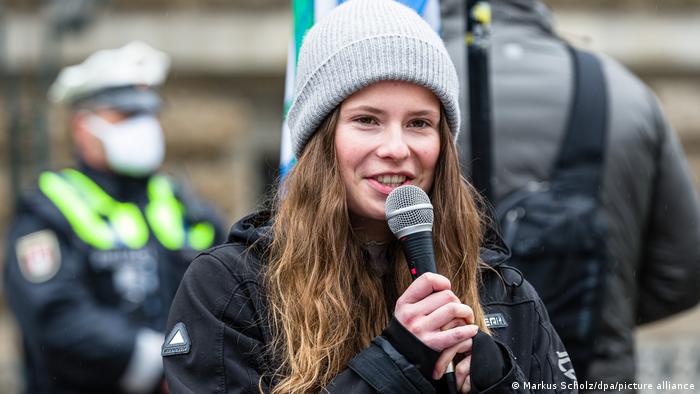 Being granted access, he says "allowed some government official or minister or CEO of a big company to tick off a box saying 'society consulted'."

Do climate activists need to be more radical?

Members of the global environment movement Extinction Rebellion have blocked roads and glued themselves to buildings and planes. And last year in Germany, young activists, calling themselves the "last generation," took part in a hunger strike in front of the parliament building.

Given what is at stake for humanity, some have suggested that such radicals acts are needed. Others argue that going further by attacking fossil fuel infrastructure, for instance, could be justified for the greater good. 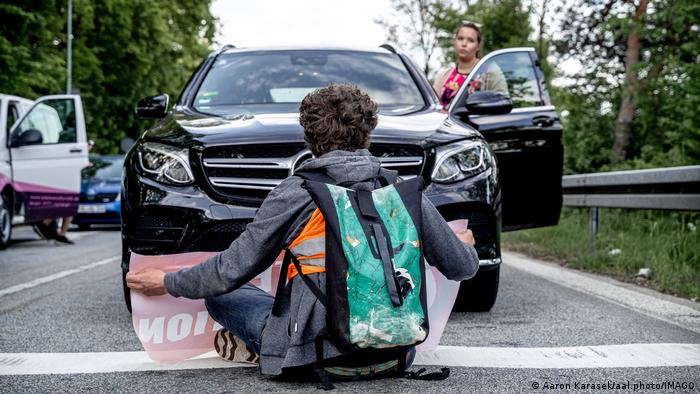 Naidoo says he understands the "deep frustration, anger, and disappointment" but that "violence only serves those in power's interests," as it gives leaders an excuse to crack down on legitimate protest.

"I got involved in a context of where there was a lot of struggles, a lot of death, a lot of sadness. But we came out of it with love, with the reconciliation, with a sense of justice, and that's what I've tried to carry in all my activism," Naidoo says, speaking of his anti-apartheid activism.

Both activists say they have noticed a backlash against civil disobedience and climate protests, ranging from mild to severe repression.

In this context, Neubauer mentions German Chancellor Olaf Scholz's recent comments about black-clad climate activists who repeatedly interrupted him during a talk.

"I have to say honestly, these antics, staged at various events but always by the same black-clad people, remind me of an era that is, thank God, long past," said Scholz.

Some thought the center-left SPD leader was comparing the activists to Nazis, with the chancellery calling that "absurd," although there was no clarification of what Scholz meant.

Risking death to save Uganda's rainforests

At the same time countries such as Australia, France and the UK have cracked down on civil disobedience like blockades of roads or ports. And in Iran and Kenya, environmental defenders have been subjected to arbitrary arrests.

"Activism can operate even under the most vicious, repressive conditions," says Naidoo, who saw "terrible repression" in apartheid South Africa in the 70s and 80s, and whose best friend was murdered by the regime. "It just means we have to be braver; we have to be smarter; we have to be more strategic."

But, he adds, that it is becoming increasingly risky for climate activists, who sometimes pay with their lives.

UK-based NGO Global Witness reported that in 2020, 227 land and environmental activists were murdered — the worst figure on record. And just this month journalist Dom Phillips and indigenous expert Bruno Pereira went missing in a remote part of the Amazon in Brazil after receiving death threats, and were later found dead.

What next for climate activism?

Given the dangers climate activists face, coupled with the speed at which the world needs to cut itself off from fossil fuels, both Naidoo and Neubauer see a need for creativity and inclusion.

One tactic, says Neubauer, is to follow the money and put pressure on banks and insurance companies to stop backing oil and gas majors. That could take the form of lobbying, boycott, and protests. 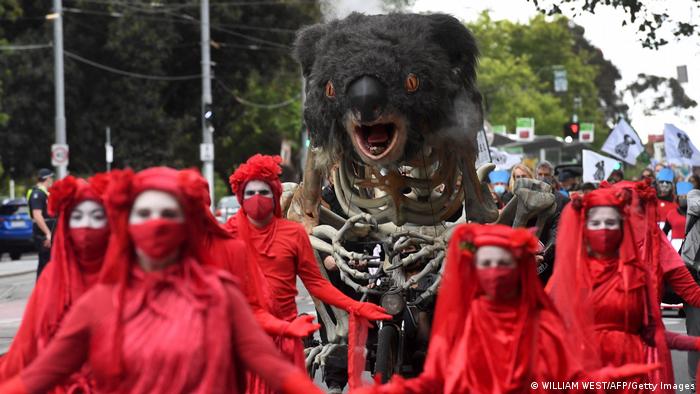 Imagination and creativity is required in climate activism, says Naidoo

International environmental group 350.org's divestment campaign, with which Naidoo is involved, has already seen success when it comes to institutions and funds moving their money out of fossil fuel and into green energy. But that needs to be ramped up, say the activists.

The movement needs to expand to include people from different backgrounds, who can contribute according to their resources and abilities. That includes intergenerational activism.

Neubauer explains that she became interested in environmental issues in the first place because of childhood conversations with her grandmother with whom she is now writing a book.

Climate change is not just an environmental issue, it is about much more, including livelihoods, human rights, poverty, and justice, says Naidoo. This needs to be communicated in imaginative ways on a larger scale, through dance, song and even gaming.

But to make change, people must also remain hopeful.

"We've got to get people to imagine that it is within our grasp to turn this thing around," says Naidoo. "This moment of history that we find ourselves in, is one where we have to say that pessimism is a luxury we simply cannot afford."

Neil King from Deutsche Welle and Bill McKibben from "The Nation" conducted this interview on the future of climate activism. DW is teaming up with Covering Climate Now, a global journalism collaboration of more than 500 news outlets, committed to more urgent and informed coverage of climate change. To hear more of what Kumi Naidoo and Luisa Neubauer had to say, check out the On the Green Fence Podcast.

Brazil's Justice Minister said "forensic analysis" is taking place to try and identify the remains. Bruno Pereira and Dom Phillips were last seen on June 5 near the entrance of the Javari Valley Indigenous Territory.