Disruptive climate protests — do they help or hinder? | Environment | All topics from climate change to conservation | DW | 06.04.2022

Disruptive climate protests — do they help or hinder?

Climate protesters who take radical and provocative action risk alienating their allies and repression from authorities, but their tactics can yield significant advantages for their cause. Scientist Rebellion is organizing a series of disruptive protests

Climate change activists are increasingly turning to acts of civil disobedience to make their point. In April, 1,000 scientists from across 20 countries planned coordinated actions such as blocking roads, picketing infrastructure, spreading paint, and pasting up giant climate information. In the same month, Extinction Rebellion — a group that British government officials were recently considering designating an organized crime group — are planning to blockade oil facilities across the UK.

Research shows their tactics can yield significant advantages for their cause, but such radical actions also carry significant risks. And depending on who protesters are trying to convince, different levels of disruption are appropriate, research shows.

Eric Shuman, who studies the psychology of protest and collective action at the University of Groningen in the Netherlands and the Hebrew University of Jerusalem, says protests such as peaceful gatherings and petitions that comply with societal norms are more effective at drawing support from people who might be sympathetic to the cause.

But, if the goal is to change policy support among people who might otherwise be ambivalent to the cause, then more disruptive protests — such as civil disobedience, strikes, and boycotts — have been shown to be effective, he adds. 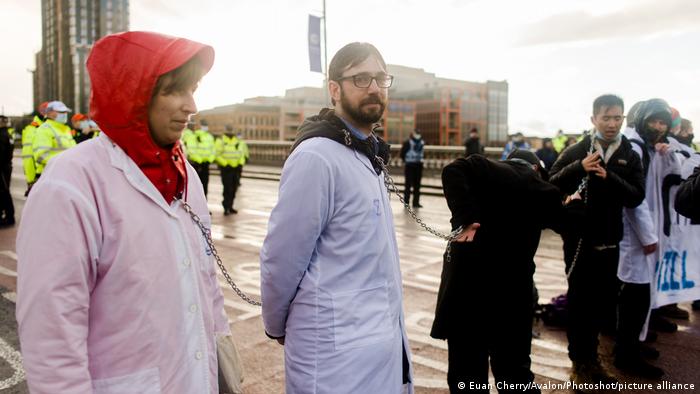 Policy-makers need strong incentives to change the status quo, and disruptive protests can make the difference by reducing the likelihood of a voter backlash while placing direct pressure on those in power.

However, for civil disobedience to be effective, protesters need to have clear, positive and constructive intentions, otherwise they risk looking like general rabble-rousers and a nuisance to society, research shows. They need to maintain the image of having clear goals while building enough pressure to receive a response from policy-makers.

And they have a range of actions to choose from.

Occupying a space is at the bottom end of the scale, followed by strikes and boycotts. Blocking roads is taking things further, especially when protesters start targeting major traffic arteries. Disrupting speakers at events, throwing glitter bombs, and hacking push the line even further. Past this stage, protesters enter the realm of potentially violent action such as interfering with property or physically attacking people.

At this stage, they risk triggering outrage from observers.

"Once something is perceived to have crossed some sort of moral line or boundary, this is when the disruption is much less likely to be effective, for a lot of reasons," Shuman said. "People are going to have a very strong motive to condemn that and anything associated with it."

If protesters do take a more disruptive path, they are less likely to cross that moral threshold if their actions are targeted and clearly goal-oriented, such as disrupting the infrastructure of climate-harming activities, as opposed to indiscriminate attacks. 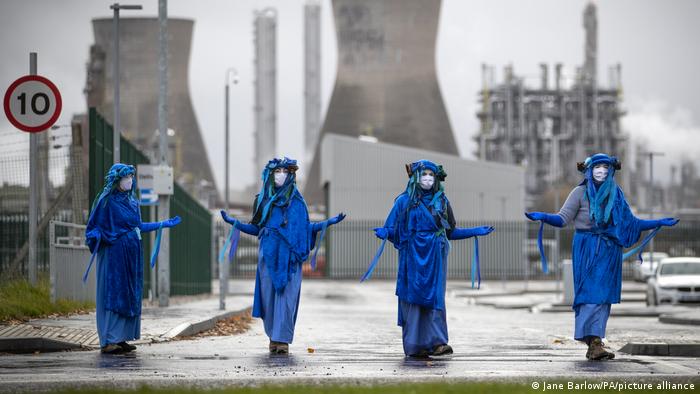 David S Meyer, professor of sociology and political science at the University of California, studies social movements and their relationship to institutional politics. He said effective protesting is made up of a broad spectrum of actions.

"When you look at successful movements of the past, you have lots of people doing lots of different things. And a diversity of tactics is actually an asset because it offers authorities different people to deal with in making concessions or making accommodations or negotiations. It offers bystanders different things to hook into."

He says it is always difficult to attribute the success of an activist movement to one particular method of protest.

"Rosa Parks wouldn't have sat down that day if she hadn't been organizing for the dozen years before that," he said. "Martin Luther King organized the bus boycott that lasted for a year that accompanied her protest and other people filed a lawsuit at the same time that went to the Supreme Court."

Is violence the answer?

And what about climate protesters who transgress the moral boundaries and engage in violence? Such as those calling for the destruction of fossil fuel infrastructure. More research is needed, but there is some evidence that extreme acts of protest from a small radical flank can actually be beneficial to the cause.

"When violence occurs within a big umbrella of a much larger non-violent movement, it can sometimes have the effect of creating the disruption and the pressure to do something about the protests. But there's this bigger, non-violent group that's seen as more moderate and (people think) 'maybe we can at least give in to some of their demands and concessions,'" Shuman said. 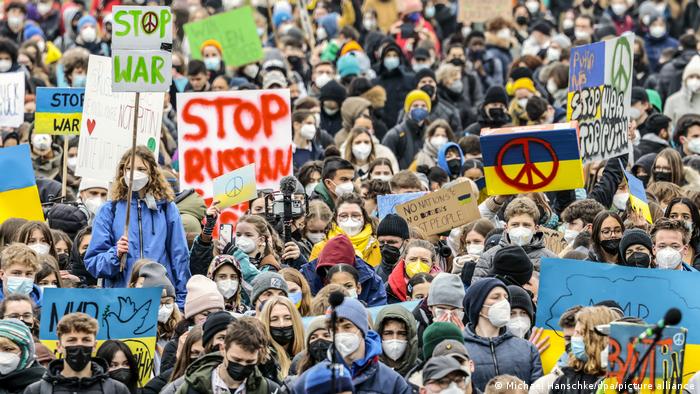 Climate activists themselves welcome a diversity of tactics within the movement.

"The forms of action and protests within the climate movement are very diverse and wide-ranging — and that is a good thing. From peaceful blockades that interfere with climate-damaging infrastructure, to mass protests that win a broad majority, to petitions and large-scale art actions, all protests reach different groups in society and complement each other," said Jule Pehnte, an activist with Fridays for Future Germany.

She said that no matter how radical the protest movement might become, the effects of climate change will be far more disruptive.

"Instead of discussing forms of protest, we should have an honest debate on how we can quickly and socially reduce emissions and face the reality of the climate crisis."

In the 2020 manifesto, How to Blow up a Pipeline, Swedish lecturer and climate activist Andreas Malm, argues that calculated actions of violence targeting the infrastructure and property of climate-destroying activities (though never people) should be part of the mix of options employed by climate activists.

He imagines a world in which despite all the strikes, all the marches, all the petitions and speeches, the requisite action to fight climate change still doesn't happen.

"Do we say that we've done what we could, tried the means at our disposal and failed? Do we conclude that the only thing left is learning to die — a position already propounded by some — and slide down the side of the crater into three, four, eight degrees of warming? Or is there another phase, beyond peaceful protest?"

But even he argues that any action that does not accept fatalism makes a difference.

"The most religiously Gandhian climate activist, the most starry-eyed renewable energy entrepreneur, the most self-righteous believer in veganism as panacea, the most compromise-prone parliamentarian is infinitely preferable to the white man of the North who says, 'We're doomed — fall in peace.' Within the range of positions this side of climate denial, none is more despicable," he writes.

In a bid to halt a high-speed rail project, protesters are camped out in a precarious and cramped tunnel underneath Euston Station. But the UK government says the HS2 train line is vital to reach climate goals.

Despite the hospitalization of a strike organizer, the young activists say they will continue their protest in front of the Reichstag until German chancellor candidates speak with them before the election.

The "Uprising of the Last Generation" group sought to block access to airports in Berlin, Frankfurt and Munich in protest of food waste in Germany.

"Uprising of the Last Generation" is protesting Germany's high level of food waste, among other issues. The group said they have taken to more drastic measures after years of marching the streets and signing petitions.

Young protesters are marching in Glasgow to call for immediate, just, and concrete action from world leaders.

Activists say they must up the ante as world edges closer to climate disaster 17.06.2022

Activists "Sound the Alarm" on the climate and ecological emergency as G7 leaders meet in Cornwall. The environmental campaigners are staging a series of demonstrations throughout the three-day summit.