Thousands have been displaced and scores are missing in what is considered to be one of the worst natural disasters on record. South Africa's weather service is warning of even more heavy rains. 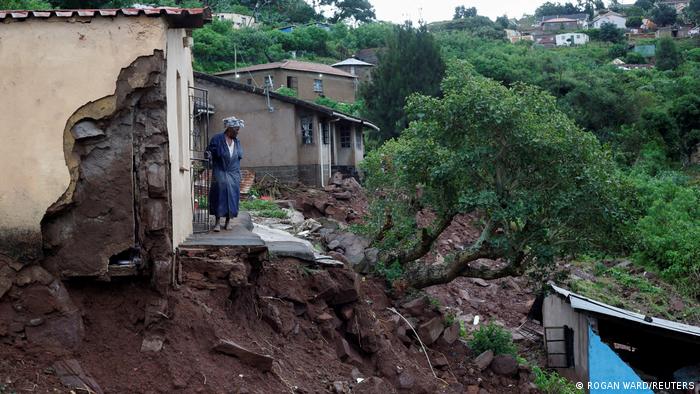 KwaZulu-Natal is only just recovering from last year's riots

The death toll from floods in South Africa's KwaZulu-Natal province rose to 395 on Friday, authorities said.

Around 41,000 have been affected in record flooding ranking among one of the worst natural disasters in South African history.

Homes in the area have collapsed on their owners, hillsides have washed away and roads and bridges have disappeared in the torrents. Thousands of homeless survivors have been forced to share shelters across the province.

"This is perhaps one of the biggest disasters in the living memory of our province,"  KwaZulu-Natal Premier Sihle Zikalala said at a press briefing Thursday night. "The level of devastation of human life, infrastructure, and service delivery networks in the province is unprecedented." 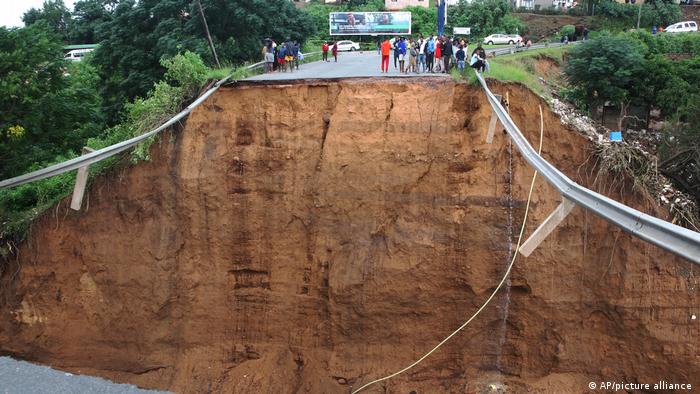 DW correspondent Adrian Kriesch reported that flooding had claimed the lives of many children and tweeted footage of devastating impact the flood water had. Police, army and volunteers are still searching for 55 missing people.

Parts of South Africa experience regular flooding but on a smaller scale when compared to this week's deadly downpour. The same area was badly hit in 2019 floods that killed dozens.

Even as the rains subsided, the weather agency issued warnings of ‘disruptive' and ‘widespread showers' in KwaZulu-Natal and neighboring Eastern Cape province going into the Easter weekend. Some 41 000 people have been affected by the torrents

Officials said a "severe impact" is possible as more heavy rainfall on the already saturated soil will likely cause run-off.

Africa as a whole is set to experience more extreme weather events. Severe droughts in east Africa prompted  alarming warnings of famine from the UNearlier this week.

KwaZulu-Natal was only just recovering from riots that broke out last July and left at least 330 dead. The violence followed the imprisonment of former President Jacob Zuma. The province was one of the worst affected as many businesses were forced to shutter after massive looting.