More than 1,000 people in South Africa have had to leave their homes after heavy rains and flooding caused buildings to collapse and toppled electric wires. The weather service has warned that more rain is on the way. 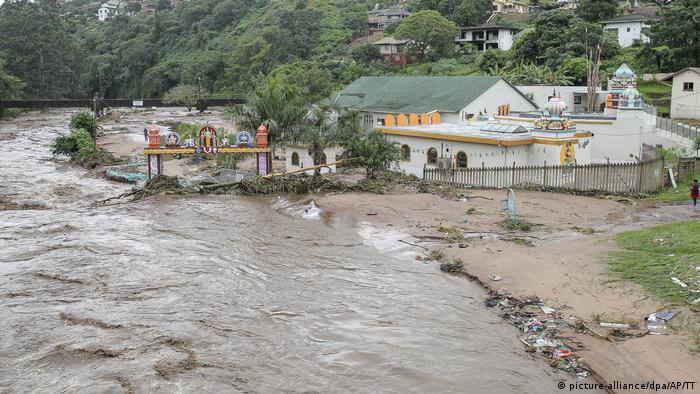 Floodwaters wash through a property near Durban, South Africa

Around 70 people have been killed and some 1,000 displaced due to flooding in South Africa's KwaZulu-Natal (KZN) and Eastern Cape provinces.

"We're now told that the number [of fatalities] is getting to around 70. The final figure will be released during the day," the KZN's acting premier, Sihle Zikalala, told media.

Michelle van Niekerk, a resident of the coastal town of Amanzimtoti, told reporters how her neighbors' houses disappeared before her eyes.

"When we looked around the gate, which was still standing, there was nothing left behind the gate, their cars, their garage everything was obviously down the hill," van Niekerk said. "We were flabbergasted."

South African President Cyril Ramaphosa pledged government funds for those affected by the flooding on Wednesday. 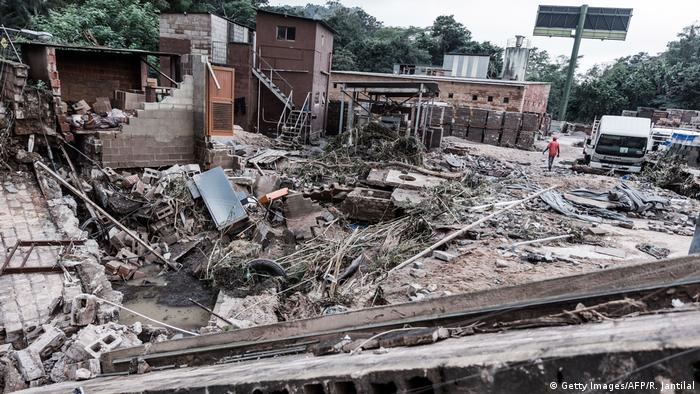 South Africa's Weather Service warned that more heavy rain and strong winds are expected to hit the area on Thursday.

Bob Scholtz, a climate expert at the University of Witwatersrand, told DW that extreme weather is becoming more and more common in South Africa and that climate change is to blame.

We have seen an increase in the frequency of climate-related disasters in the last few years. And that's not only floods like this one, but also giant fires and drought as well," Scholtz said.

"All of these are climate extremes and there has certainly been an uptick in these in South Africa," he added.

There was a time when weather presenters were all about rain, sunshine and areas of high pressure. Now the climate is changing, so are their jobs. Many see it as their role to help raise awareness. (04.04.2019)

Heavy storms caused a church roof to collapse near Durban, killing 13 and injuring 16 others. Some had been staying at the church overnight when the incident happened. (19.04.2019)