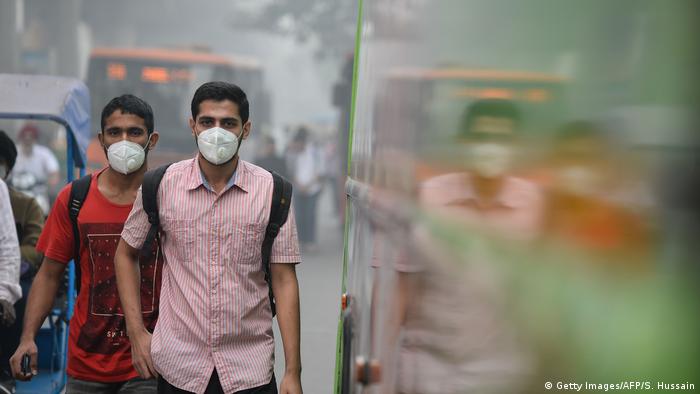 Believed to cause 7 million premature deaths every year, air pollution is increasingly recognised as a silent public health emergency.

It's perhaps the most explicit illustration of how closely intertwined our health is to the state of our environment. Its particles have been found in human hearts and brains. It has been linked to asthma, alzheimers, dementia, cancer, and stroke as well as mental health issues and miscarriage.

Despite its known damage, over 90% of people around the world still breathe dirty air. The Clean Air Cities Declarationannounced at the World Mayors Summit this month in Copenhagen is a notable attempt to move the dial in tackling the issue. Held by C40, a network of over 90 cities dedicated to tackling climate change, 35 mayors and pledged to deliver clean air for the 140 million citizens in their cities.

Stories behind the stats

Eric Garcetti, LA mayor and C40 chair elect, brought home the scale of the challenge at the declaration's press conference.

While LA is proud of reducing smog by 90%, they still had the worst air quality in America, he said. One of his priorities for the city is moving towards 100% zero emissions vehicles and, as C40 chair, tackling air pollution from ports across the world.

Garcetti shed light on the stories behind the statistics. He spoke of what it felt like for him as a child in LA "to be told by teachers we couldn't even go outside during the day because the air quality was so bad" and "to feel my eyes tear up and my lungs burn."

His home, at the intersection of two freeways, was situated on a street with a "cancer cluster” due to emissions, Garcetti explained. Both his parents and sister are survivors of cancer a total of 8 times between them.

"Today that's the reality for too many people,” said Garcetti, referring to both developed and developing countries. 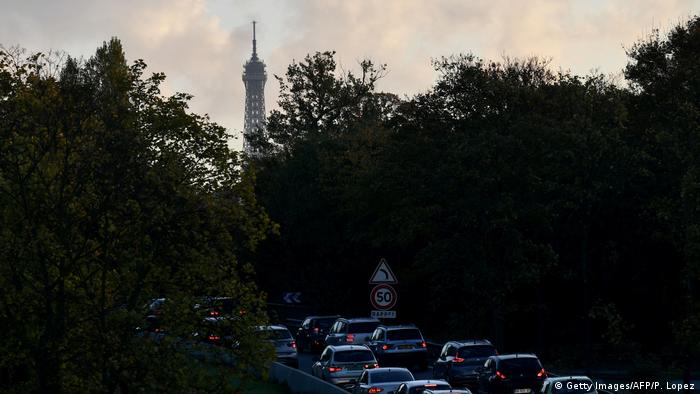 Read more: Cities: 'When you design for cars, people get left out'

Tokyo, Paris, London, Buenos Aires and Los Angeles were among those who signed up to the coalition which commits cities to set ambitious pollution reduction targets and implement "substantive" clean air policies by 2025.

Within two years, the cities must establish targets that set them on a path to meeting WHO guidelines for particulate matter, nitrogen dioxide, ozone, and sulphur dioxide by 2030. The declaration also commits them to greater transparency on air pollution levels, by publicly reporting annually on their progress.

"I think that this is a great step and has a lot of potential," said Dr. Erika von Schneidemesser, a researcher on urban air pollution at the Institute for Advanced Sustainability Studies in Potsdam, Germany. "But as with all of these agreements, I think we'll see how successful it is in the years to come – is it just lip service or will this actually translate into concrete action?"

It could be argued that the strength of the declaration – similarly to the Global Green New Deal also announced at the C40 conference – is largely symbolic until cities make good on their promises.

That said, the declaration states it's ambitions include forming an "unparalleled global coalition for clean air" and generating a "race to the top."

"Cities are competitive to some degree," said Steve Adler, mayor of Austin and one of the signatories to the declaration. "Cities are real amenable to stealing really good ideas from other cities." 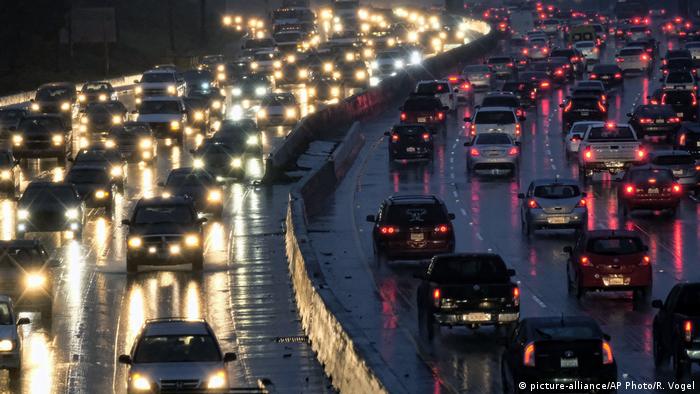 Read more: Where is Europe's air safe to breathe?

Some mayors such as Anne Hidalgo, mayor of Paris and current C40 chair, recognized they would build on measures already in place. In Paris this has included, she said, the installation of 150 microsensors in schools across the city. Future plans include the development of more precise measurement tools and working to replace diesel-run buses. 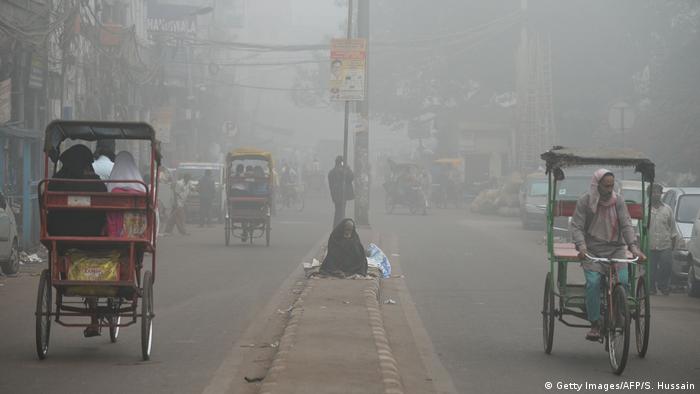 The declaration highlights that the air pollution crisis is one "rooted in social injustice," due to the way it typically hits the poorest and most vulnerable communities hardest. According to WHO it is low- and middle-income countries that suffer the biggest burden from air pollution.

India is one such country, and one where a large number of the world's most polluted cities can be found. Arvind Kejriwal, chief minister of New Delhi, one of the cities signed up to the declaration, said their plans to tackle this "include the creation of city-scale 269 water bodies, greenscaping of 500 kilometers of roads and induction of 1,000 electric buses." 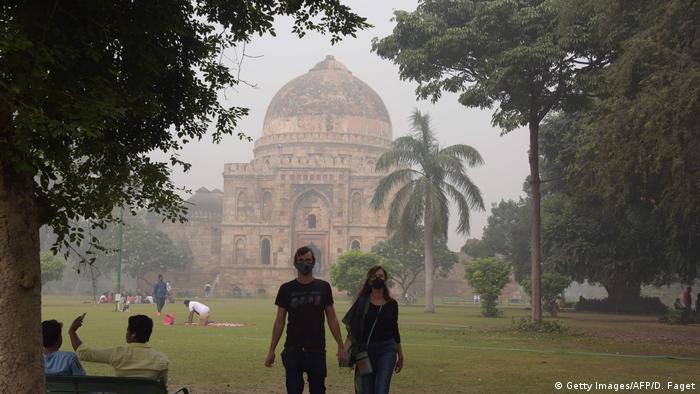 Although Dhaka is not signed up to the declaration, Khokon said they were planning to introduce electric vehicles and increase the pollution monitoring systems. "Health problems [from air pollution] are very common in Dhaka,” said Khokon. "Even if people don't know how they are affected.”

Within cities themselves, not all are affected equally,  even in wealthy countries like the United States. Adler spoke of areas of Austin that had been historically underserved: areas that don't have the same number of parks and trees, or transit access as others. 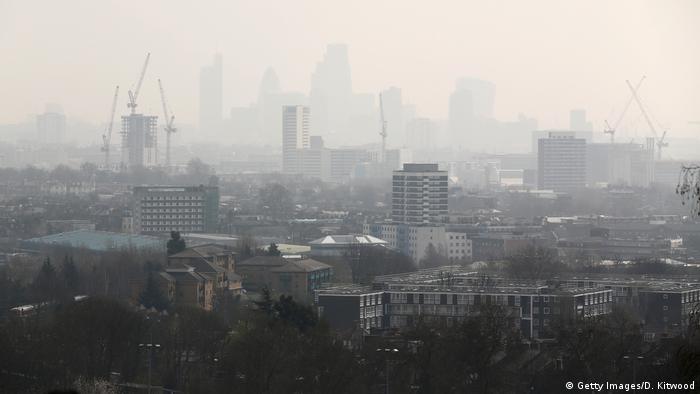 The declaration recognised clean air as a human right

Ugo Taddei, environmental lawyer from legal charity ClientEarth, believes the statement in the declaration that "mayors recognize that breathing clean air is a human right,'' is encouraging, and chimes with an ongoing debate.

Although various UN Conventions still do not include a human right to clean air – unlike clean water – individuals such as the UN Special Rapporteur on human rights and the environment have recently made statements in favor of recognizing it as such.

Taddei believes the C40 pledge is encouraging, but its success will ultimately depend on the amount of support cities can galvanize.

"We now want to see this translated into legally binding commitments and tangible air quality policies," Taddei told DW. "While it's good that cities are leading the way, authorities at all levels, from local to national and European, need to work together to reduce the amount of particulate matter and other harmful pollutants we're exposed to."