′We are not alone′ in fighting climate change, says Freetown mayor Yvonne Aki-Sawyerr | Environment | All topics from climate change to conservation | DW | 11.10.2019

'We are not alone' in fighting climate change, says Freetown mayor Yvonne Aki-Sawyerr

Over 90 mayors of the world's biggest cities have signed a Global Green New Deal in Copenhagen this week. Freetown's mayor Yvonne Aki-Sawyerr talks environmental justice, tackling pollution and what gives her hope. 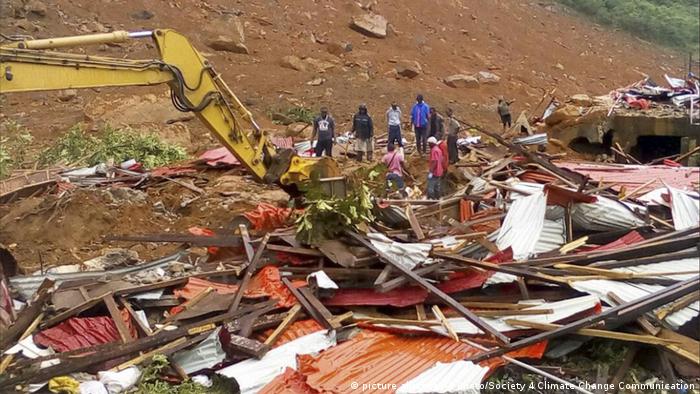 DW: At the C40 World Mayors Summit in Copenhagen this week, Freetown was one of over 90 cities around the world that signed up to the Global Green New Deal (GGND), which recognizes a climate emergency and commits to inclusive climate action and staying below the 1.5 degrees Celsius goal of the Paris Agreement. What concrete action is going to come out of your commitment?

Our 'Transform Freetown' three-year city plan already addresses resilience and the environment. We have started addressing adaptation especially for those most vulnerable and have done a lot of flood mitigation work.

To ensure we play our part in not going beyond 1.5 degrees Celsius, we are going to create carbon sinks: we are committed to planting 1 million trees in 2020 and increasing our vegetation cover by 50% by 2022.

We've also brought in storm water drainage and building regulations that help slow deforestation. Transport is a major source of pollution in Freetown. We are working on a feasibility study for a cable car system that would take us off the roads and be moving 6000 people an hour.

The second big source of pollution is informal sanitation. We are trying to change behaviors and are working on passing a new law that would make it compulsory for everyone collecting waste to be registered [so we can hold them to account], and everyone living in the city to be registered with a provider. 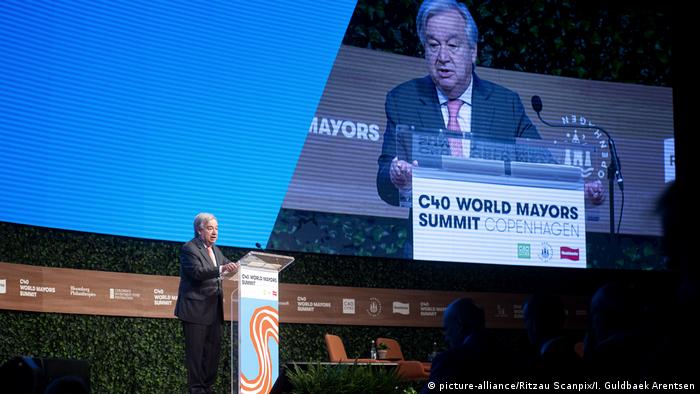 The deal stated it was a response to the failure of intergovernmental action blocked by a few powerful governments that represented fossil fuel industry interests. What are your thoughts on this?

We have seen major governments step away from the Paris Agreement. We have heard a narrative which seems to suggest that somehow all the scientists are getting it wrong. But even if the scientists weren't even speaking — the earth is speaking. It is quite encouraging that the cities at C40 represent a significant percentage of the global emitters.

We are hopeful that by joining the voices of mayors and the youth movement, that combined pressure will force national governments that are choosing to ignore the crisis to have to answer. And we are not waiting for someone to say 'Okay I am with you now.' No. We are working and moving forward and we are intending to ensure that others join.

The deal states the need to correct long running environmental injustice. What does this actually look like to you?

I suppose the injustices fall into a number of categories. At the youth event here there were young people who were talking about the killings of environmentalists that are happening, in Latin America in particular. On a broader level, you are seeing those that contributed the least to climate change suffer the most — that's an injustice. They are already struggling trying to get out of poverty in systems which have to a large part have been designed to maintain the status quo.

The scales have been weighed in a particular way, and now the weighting is more imbalanced because these changes in the climate is now making what was already a difficult journey more challenging.

With the Global Green New Deal, what I see it doing is saying: we need a resource diversion — adaptation has to happen in order for the poor to not just tread water but actually to prevent them slipping back. Africa is a continent on the frontlines of climate change. Since becoming mayor last year how have you seen it figure in the everyday lives of people living in Freetown?

The research that I have seen aligns with what I am experiencing: extreme droughts in the east of the continent and flooding in the west. Our normal heavy rainfall has just become more extreme and also rain patterns have changed so it isn't coming when it should. Farming is being disrupted in rural areas, so we are seeing more migration [to Freetown] and that in itself is a major day-to-day pressure.

Then you have the actual physical impact of extreme weather: since I started running for mayor there have been a few very significant incidences. The first was the mudslide on August, 14 in 2017 which caused the death of over 1000 people. There is still a really big hole in the mountain which is a daily reminder of that. In August this year we also had 176 millimeters of rain in three hours.

As a mayor tackling climate change, what it is it that keeps you up at night and what is it that gives you hope?

Whenever it rains, my heart is in my mouth: I'm wondering, how heavy is it going to be, how long will it go on for, are we going to have flooding? It also worries me that I have communities along the coast line who are really vulnerable and because there are hundreds of thousands of them, actually moving them is something I have to support them doing — but it is not an easy feat.

What gives me hope? It's conversations with young people I’ve had here [at C40]. It's conversations with young people in Freetown who are passionate about the environment. It's people who contact our office and say, 'It's my birthday and instead of a party I am asking my friends to donate trees.' That’s what gives me hope. The fact that people are joining up the dots. We are not in this alone, we're in it together.

Citizens' Assemblies: Time for the people to take control of the climate crisis?

Extinction Rebellion is demanding politicians step aside and let the people decide on climate action. Could citizens' assemblies be a democratic tool fit for the scale of the crisis? (07.10.2019)

How do growing cities and metropolises influence the climate in these regions?

Cologne has become the first German city with a population of more than a million people to join the declaration movement. More than 700 cities around the world have recognized the urgency of the climate crisis. (10.07.2019)