Over the next two weeks, protesters will be taking to the streets in 52 countries to demand urgent, radical action on the climate crisis.

Extinction Rebellion emerged in the United Kingdom last year, blocking London's major traffic routes, stripping off in the House of Commons and deliberately seeking arrest in defense of the future of the planet.

At the center of their message are warnings of "mass extinction" and an "unprecedented global emergency," and three seemingly simple demands.

They want a "climate emergency" declared, something the British government did earlier this year. Then there's carbon neutrality by 2025 instead of the commonly touted 2050.

Their third demand is for the public to drive climate policy through a citizens' assembly. Because parliamentary democracy — under pressure from lobbyists and fearful of big trade-offs — has proven unfit for such challenges, said Linda Doyle of Extinction Rebellion.

"It's inherently not able to solve them because it's just based on short-term election cycles and that encourages short-term policymaking," she told DW. "We believe that the British public should have the power to sit down and learn and deliberate with their peers and decide how we're going to respond to this crisis." 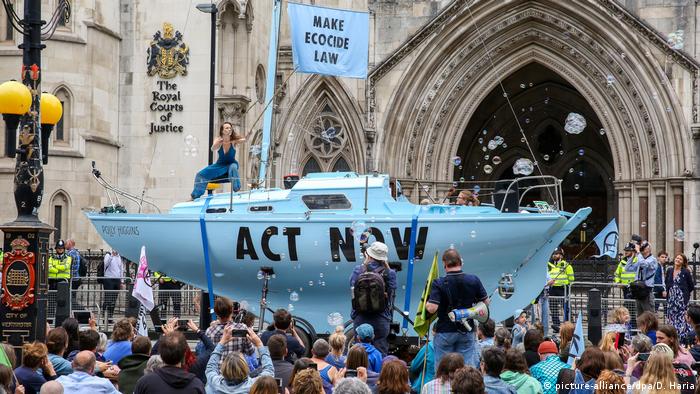 Model of the moment

The Canadian province of British Columbia pioneered the concept in 2004, when it entrusted 161 of its citizens with proposing a new electoral system.

Since then, it's been used on a local level in Poland, and in South Australia to decide on the fate of nuclear waste. Madrid and the German-speaking region of Belgium are making citizens' assemblies a permanent feature of their democratic systems, and in France they've become part of the national debate in response to the yellow vest protests.

Most famously, it was a citizens' assembly that broke decades of political deadlock in Ireland to usher in legal abortions and same-sex marriage.

Extinction Rebellion is convinced that, if properly informed and given time to deliberate, randomly selected citizens "will understand the sense of urgency that everybody in Extinction Rebellion feels," said Doyle. "Then it will be just a matter of trying to figure out the best way to deal with this situation."

As complex and emotional as the debate over abortion was in Ireland, the issue could be boiled down to a yes/no question. Policy-wise at least, decarbonizing the economy is a challenge on another scale.

The Irish assembly did also address climate change, and agreed on 13 proposals to cut emissions — including tax hikes — by a majority of at least 80%.

Having met and deliberated over two weekends, it put recommendations to a parliamentary committee that turned some of them into a climate action plan published in summer 2019. But Extinction Rebellion has bigger ambitions than the "surface-level" proposals made by the Irish assembly, said Doyle.

The activists want an assembly that dives deep into climate science and questions of environmental and social justice, before focusing in on areas such as transport, agriculture and housing. And they want any decision reached with a two-thirds majority to be binding on governments.

Not everyone agrees on this last stipulation.

"There is a role for parliament to then take in the results of the assembly and scrutinize them, as they will scrutinize any other piece of legislation," Escobar told DW. "Those checks and balances are crucial."

The selection process is also delicate. To be truly representative it has to take in a great number of demographic variables — age, gender, income, education, geography and so on.

Escobar said viewpoints also need to span the range found in society, including participants with no strong existing views, and even a proportionate number of climate deniers.

"They need to be witness to the whole process, and they need to be then spokespeople who will speak to their own community of views about what transpired in the assembly," said Escobar.

Extinction Rebellion, of course, wants to ensure debates extend to the other end of the ideological spectrum, too, and to give time to far more drastic proposals than are currently on the political agenda — like its 2025 net-zero demand.

The British government is launching a national Climate Change Citizens Assembly this fall "to inform political debate" on how to reach net zero by 2050 — "a death sentence for many people around the world," said Doyle. 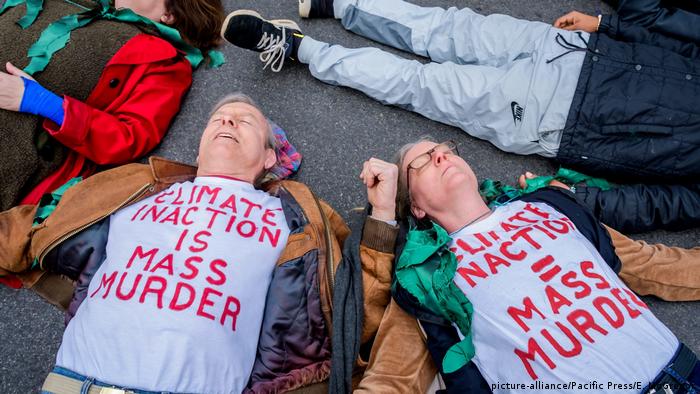 Doyle is also concerned the British assembly won't address the biggest steps the country could take.

"Plastic straws and plastic bags and flying are good things to think about," she said. "But really, we need government level action," such as banning fracking, ending fossil fuel subsidies and punitive action against the biggest emitters.

Ending the use of taxpayer money to dig up and burn fossil fuels might seem like a no-brainer to those marching with the global climate strike last month, yet so far, no European government is taking serious action to do so.

Proponents say citizens assemblies could bridge the gap between people and parliament.

"It's not enough to have a powerful movement on the streets to be able to get something done," said Escobar. "You also need some kind of mechanism that connects the streets to the institutions." 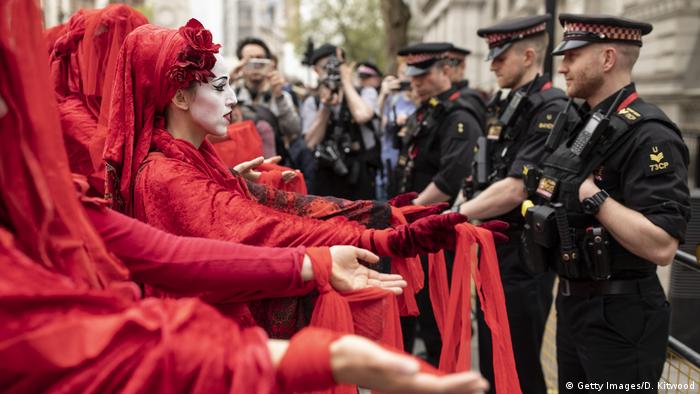 Wilkinson told DW that participants were energized over the idea of a cleaner, greener Camden, but that the process sharpened their sense of the political pitfalls of policies.

"It's such a difficult thing to get your head round, that you have to pay huge amounts of money to maintain the status quo."

However that's perhaps one of the model's strengths — giving elected officials a powerful mandate to make tough decisions.

"Abortion in particular, but also climate change, were topics that politicians didn't really want to touch," says Diarmuid Torney, who was on the Expert Advisory Group for the Irish climate assembly, "and so they handed it over to a citizens assembly that came up with a set of recommendations that then allowed politicians to go forward with policymaking."

Torney says the Irish assembly resulted in climate being given a central place in parliamentary decision-making — in a country that had been a laggard on its protection.

Although he admits the scope was limited, much has changed in the two years since the assembly first convened, too. The sense of urgency — among scientists, the public and political experts like himself — is far greater now.

"We've had the IPCC 1.5 degree report came out last autumn, Extinction Rebellion didn't exist two years ago," Torney says, "If we were doing it today I think we might think differently."

Traffic blockades, "die-ins," naked protests in parliament: Inspired by the non-violence of Gandhi and Rosa Parks, Extinction Rebellion is using unconventional tactics to call for immediate action on the climate crisis.  (06.10.2019)

Meet the pilot who quit flying because of the climate crisis 08.08.2022