The European Court of Justice has ruled that results from different areas cannot be averaged to assess air quality standards. The judgement could compel local and national authorities to tighten air pollution standards. 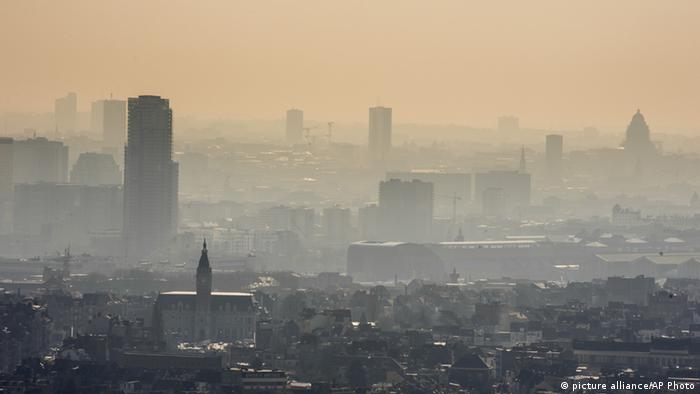 The European Court of Justice (ECJ) on Wednesday ruled in favor of citizens and environmental groups in a case about air pollution standards.

Residents of the Belgian capital, Brussels, and an environmental group had sued local authorities over their air quality scheme. A court in Brussels had referred the case to the ECJ to decide how stringently EU law should apply to air quality measurements in the Brussels region.

What was the main concern?

- Should national courts be allowed to review the stationing of air quality sampling points?

- Can results from different sampling stations, which measure toxic substances in air, be averaged to determine a broader region's compliance with air quality standards?

ECJ judges in Luxembourg ruled Wednesday that sampling stations should be set up in areas with the highest pollution levels, in accordance with EU law.

"The location of sampling points is central to the air quality assessment and improvement system, in particular where the pollution level exceeds a certain threshold," the judges wrote, adding that while local authorities decide on the sampling sites, national courts can review those decisions, including in cases brought by residents.

The ECJ also ruled that air quality compliance should not be based on the area average but the results from individual sampling stations, meaning that if one particular station shows excessively high levels of a toxic substance, it will be deemed a violation of EU air quality standards irrespective of the better air quality in the surrounding area.