Chinese spies have attempted to bribe German MPs for information, according to a newspaper report. Chinese agents would use fake profiles to try to get MPs to give insider information for money. 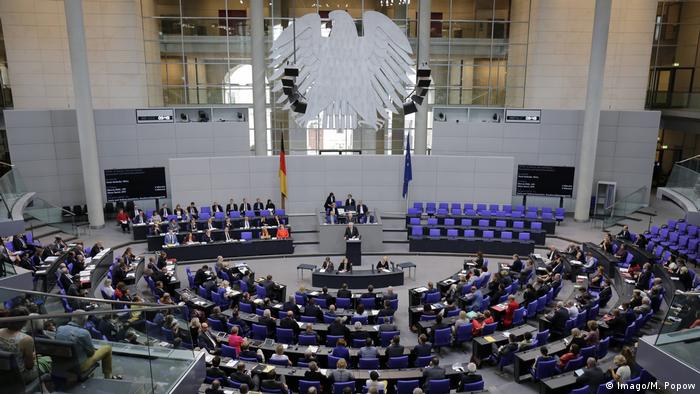 Chinese spies attempted to bribe members of Germany's Bundestag for information in the form of "analyses," German newspaper Süddeutsche Zeitung reported on Friday.

The newspaper suggests that Chinese agents were using fake social media profiles — already networked with several members of the German parliament — to contact German MPs and offer them money in exchange for expertise and insider knowledge. The agents would invite these MPs to China to try to pressure them for information.

The one thing that the Chinese spies do not lie about is their nationality, the newspaper said. The assumption is that sooner or later German authorities will notice their dealings with a German lawmaker.

The spies persuade the lawmaker to visit China even as German authorities keep watch, the report claims. In China, the Chinese officials have "every opportunity" to bug the parliamentarian's mobile phones and laptops, making it easier for them to put the person under pressure, the newspaper reported.

The report explained how, in the summer of 2016, one unnamed German MP was offered €30,000 ($33,000 in 2016) by a "Jason Wang" to write "analyses." Just before the MP was about to leave for China, Germany's domestic intelligence agency, the Federal Office for the Protection of the Constitution (BfV), informed the MP about the suspicion that agents were behind the MP's discussion partner.

In a second case, a staff member of a lawmaker was paid €10,000 for information, and also traveled to China, where he was put under pressure, the newspaper said.

It's estimated that this Chinese intelligence apparatus has more than one million employees, according to the report.

In April, BfV chief Hans-Georg Maassen called for vigilance about moves by Chinese companies to invest in or buy high-technology German companies. he warned the loss of key technologies could harm the German economy.

The agency last year flagged that Chinese agents were using fake profiles on social networking sites such as LinkedIn to gather personal information about German officials and politicians.

A dozen Chinese ministers led by Chinese Prime Minister Li Keqiang are expected in Berlin on Monday. Beijing's economic espionage is likely to be raised during their meetings with their German counterparts.