The Chinese government has said the 1989 crackdown on protesters in Tiananmen Square, which left hundreds of protesters dead, was not a mistake. The defense came days ahead of the 30th anniversary of the killings. 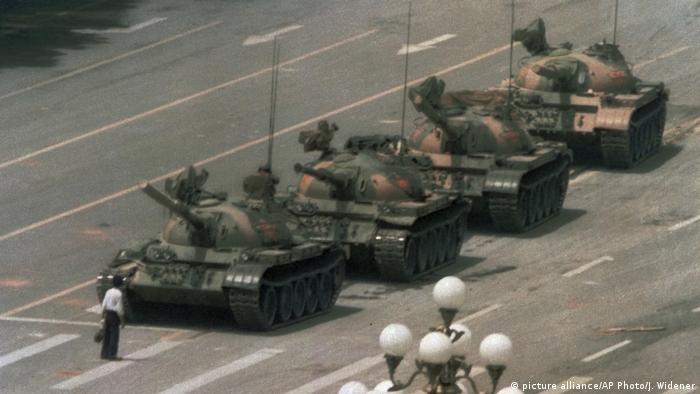 The response was a rare acknowledgment of the killings, which had followed seven weeks of protests in 1989 by students and workers calling for democracy and an end to corruption.

Hundreds, possibly more than 1,000 people were killed when soldiers and tanks chased protesters and onlookers in the streets around the square. One secret British diplomatic cable put the possible number of dead at up to 10,000.

Wei said the action was necessary to avoid political instability, and questioned why people still said that China has not handled the situation well.

"That incident was a political turbulence and the central government took measures to stop the turbulence which is a correct policy," Wei told a regional security forum in Singapore.

"The 30 years have proven that China has undergone major changes," Wei said in response to a question from the audience. He said that because of the government's action at that time "China has enjoyed stability and development."

Within China, online censors have been removing content such as memes, hashtags and photos that allude to the events at Tiananmen Square.

China has always been sensitive about any mention of the killings, and regularly censors media that mention it. In April, a video that referenced the 1989 Tiananmen Square protests was banned.

In his speech, Wei also said his country would not renounce the use of force over the reunification of Taiwan with the Chinese mainland.

"We will strive for the process of peaceful reunification with utmost sincerity and greatest efforts but we make no promise to renounce the use of force," Wei said.

The general made the comments at the Shangri-La Dialogue, a three-day security summit in Singapore that brings together top defense representatives from around the world.

The remarks came a day after acting US Defense Secretary Patrick Shanahan spoke at the same summit, warning China against threatening its neighbors' sovereignty.

Organizers said the museum's exhibition will commemorate "the sacrifice of martyrs" in China's 1989 democracy movement. The reopening comes just weeks after the museum was vandalized. (26.04.2019)

US businesses in China are increasingly worried about the trade conflict between the US and China. They are bearing the brunt of tariffs and non-tariff barriers adopted in recent months, a new survey said. (22.05.2019)