A Leica promotional video alluded to the 1989 Tiananmen Square protests, prompting an angry response from China just weeks ahead of the 30th anniversary. Leica has denied commissioning or sanctioning the video. 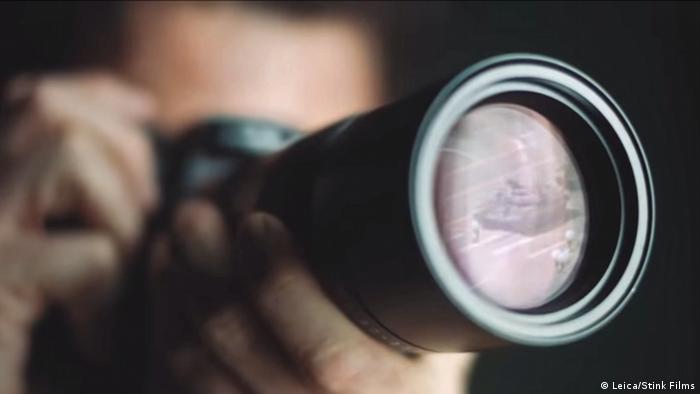 The word Leica has been banned on Chinese social media after the camera manufacturer posted an advert referencing the 1989 Tiananmen Square protests.

The German company was accused of releasing a five-minute dramatization showing various scenes of photographers. In one story arc, a photographer is pursued and harassed by Chinese police before appearing to take the iconic "tank man" photo, in which a protester blocks a convoy of tanks.

The Chinese government is incredibly sensitive to any references to the 1989 protests, in which government forces slaughtered anywhere from several hundred to 10,000 civilians.

Censors soon stepped in to disable further comments and scrub the existing ones. Users were then banned from posting any messages with either the English or Chinese name for Leica. Attempts to do so were reportedly met with warnings the users were violating Chinese laws and Weibo community guidelines.

The video was also blocked.

Leica spokeswoman Emily Anderson told Hong Kong's South China Morning Post the spot was not officially sanctioned or commissioned by Leica. The video was later removed from the internet.

"Leica Camera AG must therefore distance itself from the content shown in the video and regrets any misunderstandings or false conclusions that may have been drawn," it quoted her as saying. The video was taken down from official channels, but uploaded again by upset Chinese Youtube users.

Brazilian ad agency F/Nazca Saatchi & Saatchi, who have worked extensively with Leica in the past, produced the video, originally sharing it with a tweet in Portuguese that said: "Inspired by the stories of photographers who spare no effort so that everyone can witness reality, Leica pays tribute to these brave professionals."

A Leica camera from 1923 has fetched a record price at auction in Vienna. The prototype 0-Series piece was snapped up for the princely sum of €2.4 million – six times the opening price. (10.03.2018)