A newly released British diplomatic cable claims that at least 10,000 people were killed by the Chinese army during the Tiananmen Square crackdown. The estimate is 10 times higher than commonly accepted figures. 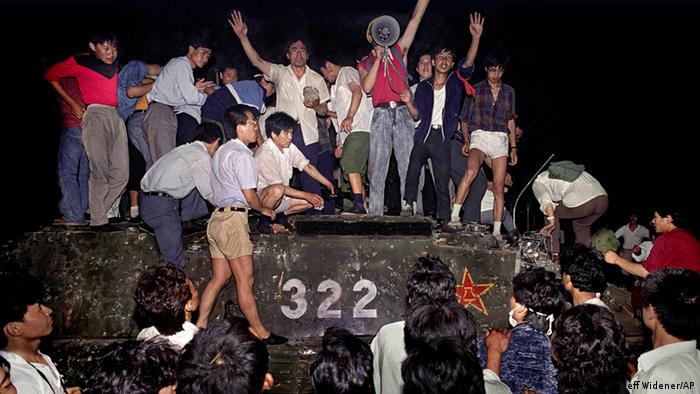 "Minimum estimate of civilian dead 10,000," the British ambassador at the time, Alan Donald, said in a telegram to London on June 5, 1989, a day after the violent suppression.

The document was made public more than 28 years after the Tiananmen Square massacre.

The secret cable puts the Tiananmen Square civilian death toll almost 10 times higher than the one of several hundred to more than a thousand deaths that is commonly accepted.

Jean-Pierre Cabestan, a French China expert, told AFP the British figure seemed credible as it was also supported by recently declassified US documents.

Alan Donald's report was "not particularly astonishing considering how crowded it was in Beijing [and] the number of people mobilized" against the Chinese government," he said.

In June 1989, several thousand Chinese college students and disgruntled citizens from all walks of life gathered in Beijing's Tiananmen Square to publicly mourn the death of purged high-level official Hu Yaobang, as well as demand government accountability, freedom of the press and a stop to the rampant corruption plaguing the country. As demonstrations escalated, the Chinese government deployed the military to crack down on the protesters, opening fire on unarmed civilians and killing unknown numbers.

Nearly three decades since Beijing ordered tanks and troops into the Tiananmen Square to crush the student-led pro-democracy uprising, any public commemoration of the event remains banned across the Chinese mainland, where the government has never released an official death toll from the brutal crackdown.

During the military operation on the night of June 3-4, 1989, armored personnel carriers (APC) "opened fire on the crowd (both civilians and soldiers) before running over them," wrote Donald in his telegram, saying he was citing a "reliable" source.

Once the Chinese soldiers arrived in Tiananmen Square, "students understood they were given one hour to leave square but after five minutes APCs attacked," Donald wrote.

"Students linked arms but were mown down including soldiers. APCs then ran over bodies time and time again to make 'pie' and remains collected by bulldozer. Remains incinerated and then hosed down drains."

"Four wounded girl students begged for their lives but were bayoneted," Donald said, adding: "Army ambulances who attempted to give aid were shot up."

The Chinese government justifies the bloodshed by labeling it a suppression of the "counter-revolutionary riots." Beijing claims some 200 civilians and several dozen police and military personnel were killed during the crackdown.