Taiwan's president has offered to help China shift into democracy on the 28th anniversary of Beijing's crackdown on pro-democracy demonstrators in Tiananmen Square. Thousands also gathered in Hong Kong for a vigil. 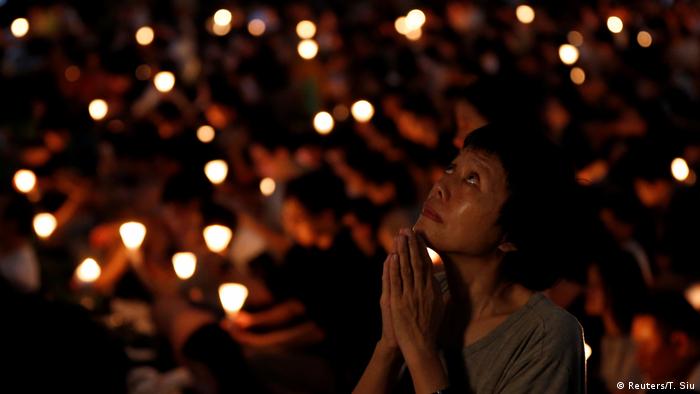 Nearly three decades since  Beijing ordered tanks and troops into the squareto crush the student-led pro-democracy uprising, and any public commemoration of the subject remains banned across the Chinese mainland - where the government has never released an official death toll from the brutal crackdown.

Hong Kong, the former British colony that was returned to Chinese rule in 1997, is the only place on Chinese soil where large-scale commemorations take place (above) to honor the victims.

The annual protest, which draws tens of thousands, symbolizes the financial center's relative freedom compared with the mainland.

"I don't want this part of history to become blurred," said office worker Emily Yu, 42, who was attending the gathering in Victoria Park. "It was really a massacre of people. Those young people came out and did all they could for freedom and democracy but didn't achieve it."

This year's events are especially tense as they come only a month before a planned visit of President Xi Jinping to mark the 20th anniversary of Britain returning Hong Kong to China.

"When Xi Jinping comes, he'll know the people of Hong Kong have not forgotten," said Lee Cheuk-yan, a veteran democracy activist and an organizer of the annual candlelight vigil. 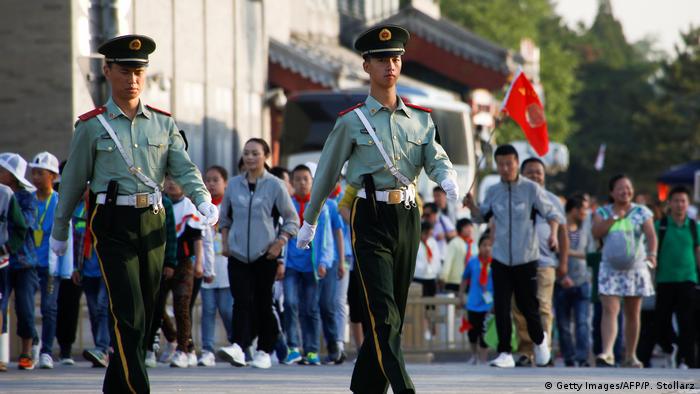 Fighting for their future

"The students who died still haven't got what they deserve. They fought for their future in the same way we're fighting for our future," said 17-year-old high school student Yanny Chan.

Taiwan's president, Tsai Ing-wen, said the biggest gap between Taiwan and China is democracy and freedom, needling Beijing at a time when relations between China and the self-ruled island are at their nadir.

She said Taiwan was willing to share its experiences of transitioning to democracy in the late 1980s to ease the pains of such a transition for the mainland.

"For democracy: some are early, others are late, but we all get there in the end," Tsai said, writing in Chinese on her Facebook page and posting some of her comments in English on Twitter.

Taiwan labored under martial law for nearly 40 years before it began moving toward democracy in the 1980s. It has held regular presidential elections since 1996.

"I hope you can pay more attention to the positive changes happening in all levels of Chinese society," she said without elaborating.

In Beijing security was tight as usual at Tiananmen Square, with long lines at bag and identity checks. The square itself was peaceful, thronged with tourists taking photos.