Organizers said the museum's exhibition will commemorate "the sacrifice of martyrs" in China's 1989 democracy movement. The reopening comes just weeks after the museum was vandalized. 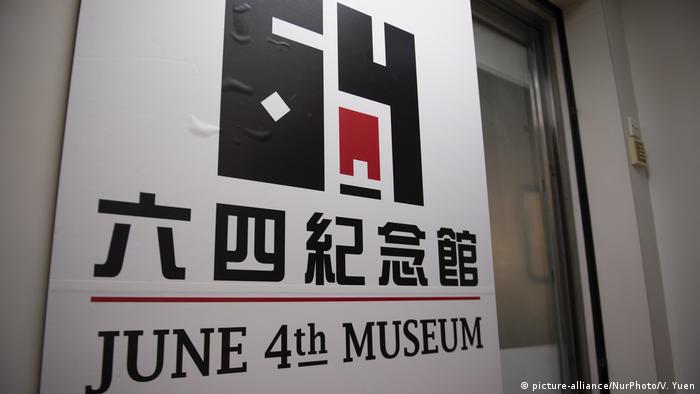 "Against all odds, Hong Kong Alliance is now reopening the June 4th Museum, the only place in China where the truth about June 4 can be told," operators said on the museum's website.

The Tiananmen museum is currently run by the Hong Kong Alliance in Support of Patriotic Democratic Movements of China. The same movement is responsible for organizing the June 4 annual remembrance vigil.

For its reopening, the museum's exhibition will be themed "Memory. Justice. Hope." Organizers said it meant to commemorate "the sacrifice of martyrs and their dedication in the 1989 democracy movement."

It will feature photos, multimedia presentations and a virtual reality display of Hong Kong's annual candlelight vigil. The exhibitions will "present the spirit of the 1989 democracy movement and the truth of June 4," organizers said.

A timer will be placed at the entrance of the museum, showing the number of years, months, days, hours, minutes and seconds since June 4, 1989. 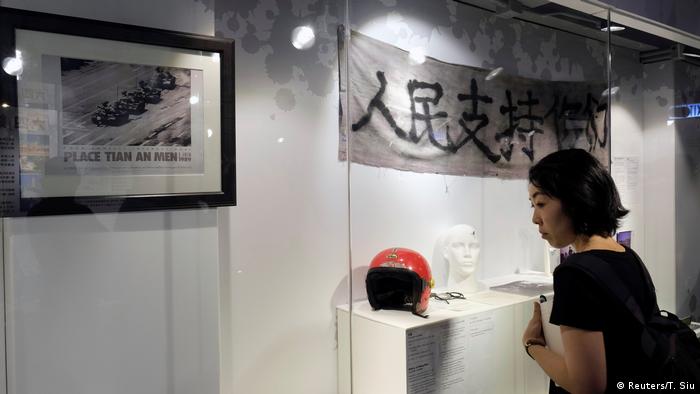 Information regarding the events at the Tiananmen Square protest is highly censored in mainland China. But the situation is different in Hong Kong, which is still an autonomous territory with special rights and freedoms until 2047.

"In Hong Kong, we still have room for freedom of expression. Thus, we bear a greater responsibility to preserve history, inherit the truth, call for conscience, vindicate June 4, and promote reflection on the prospects for democracy in China," the museum said.

Though organizers have been able to make the museum a reality, keeping it in operation has proved to be a struggle.

The museum opened in 2012, but it was forced to close down in 2016 due to a conflict with the building's landlord. Prior to its closure, it had received some 24,000 visitors.

Three weeks before its reopening, the museum was vandalized, in an attack that sought to damage its electrical system and furniture. 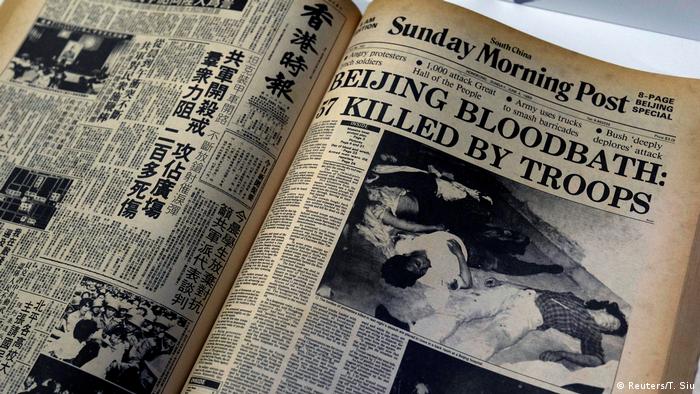 The museum displays objects and documents from the era

Objects and documents from the era as well as videos, photographs and testimony from survivors are featured in the museum.

"It's the only place in the world where we can see some of the historical items collected in one place. I was there five years ago, six years ago I was really touched when I saw it," Zhou Fengsuo, a former student leader at Tiananmen Square, told the dpa news agency.

The museum also showcases a book club and a gift shop, which sells literature on the protest movement that is not available in the rest of China.

Due to the uncertain future of freedom of speech in Hong Kong, activists have said they are planning to build a second Tiananmen museum in New York City.

The Hong Kong government has proposed to grant the city's leader powers to extradite fugitives to mainland China. Rights activists say China critics could be subject to torture and unfair prosecution there. (31.03.2019)

Authorities have put heavy security in place in the Chinese capital, Beijing, for the 25th anniversary of the Tiananmen Square crackdown. In Hong Kong, locals and mainland visitors alike were expected to join a vigil. (04.06.2014)