China has stopped accepting shipments of meat from Canada after food inspections revealed residue of a restricted feed additive. Canadian authorities are investigating the case, which coincides with a diplomatic dispute. 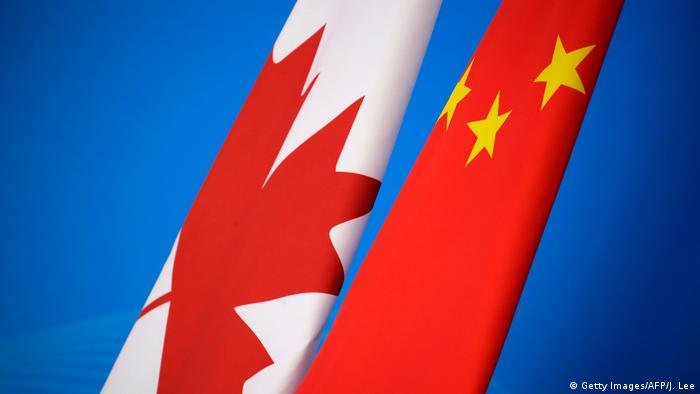 China said on Tuesday that it will turn away all meat shipped from Canada after a customs investigation revealed as many as 188 "counterfeit" veterinary health certificates, the Chinese embassy in Canada said in a statement on its website.

China launched the probe after inspectors found residue from ractopamine, a restricted feed additive, in a batch of Canadian pork products.

"In order to protect the safety of Chinese consumers, China has taken urgent preventative measures and requested the Canadian government to suspend the issuance of certificates for meat exported to China since June 25," the statement said.

Ractopamine, a feed additive that boosts the growth of animals, is banned in China as well as the European Union, but widely used in the United States.

The decision to block Canadian meat imports comes as an epidemic of incurable African swine fever has killed millions of animals in China, raising livestock prices in the world's most populous country.

Canada's Agricultural Minister Marie-Claude Bibeau said the Canadian Food and Inspection Agency (CFIA) has been working closely with Chinese officials "to remedy the situation." She confirmed that the agency had found "inauthentic export certificates."

The Royal Canadian Mounted Police has also been called in to investigate the case for possible criminality, according to the AFP news agency.

The meat controversy comes amid soured Chinese and Canadian relations since the arrest of Meng Wanzhou, the finance chief of technology giant Huawei, who is facing possible extradition to the US where she faces charges of violating sanctions against Iran. She has denied any wrongdoing and Beijing has demanded her release.

In a move viewed as retaliation, authorities in China detained two Canadians there and accused them of being spies.

Before its move against Canadian meat, China previously stopped importing other Canadian products such as canola.

Canadian Prime Minister Justin Trudeau is set to head to this weekend's G20 summit in Japan, where he had hoped to sit down with Chinese President Xi Jinping, but a meeting between the two leaders appears unlikely.

A look at how Africa is tackling foodborne illness

Contaminated food poses a major health and economic threat to sub-Saharan Africa. While efforts are taken to provide safe food for exports, governments are reijigging the system to do more for domestic markets. (06.02.2019)