A Canadian ex-diplomat and a businessman were detained after Ottawa arrested a Chinese tech executive. They were charged just after Canada agreed to extradite the Huawei CFO to the US. 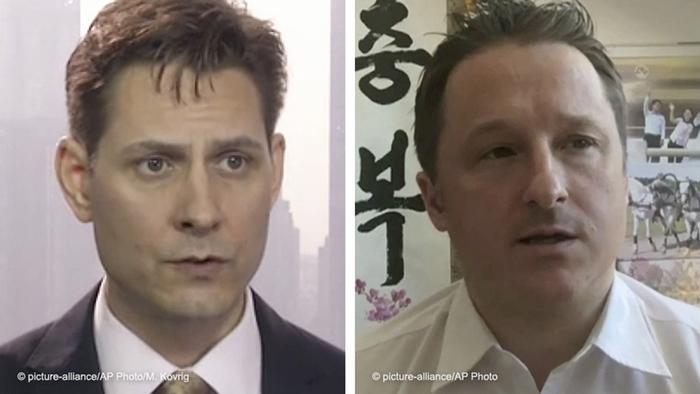 China accused two detained Canadians of stealing state secrets on Monday, shortly after the Canadian government said it would allow the extradition process for the CFO of Chinese tech giant Huawei to the US to proceed.

Meng Wanzhou, who is also the daughter of Huawei's founder, was arrested in Vancouver on December 1. She is wanted by the US over allegations she violated economic sanctions against Iran.

After holding them without charges for nearly three months, authorities on Monday claimed that Kovrig had been acting as a spy, stealing state secrets and gathering intelligence, assisted by Spavor. It was the first time officials linked the two men's cases.

"Authorities stressed that China is a country ruled by law and will firmly crack down on criminal acts that severely undermine national security," unidentified Chinese officials told the state news agency Xinhua.

Canadian Prime Minister Justin Trudeau told a press conference: "We are obviously very concerned by this position that China has taken. It is unfortunate that China continues to move forward on these arbitrary detentions."

At the time of their arrests, Kovrig was an Asia expert for the International Crisis Group think tank and Spavor was an entrepreneur who was known to have contacts high up in the North Korean government. Spavor is one of the few Westerners to have met leader Kim Jong Un.

Representatives of the two men have said they have not been allowed to see their families.

After Meng's arrest in Vancouver, a Canadian national who had been given a 15-year prison term by a Chinese court was sentenced to death in a sudden retrial.

Meng is due in court on Wednesday to begin her extradition proceedings, which could take months or even years. She in turn is suing the Canadian government, alleging that they questioned her under the guise of a routine customs check instead of immediately arresting her.

Canadians Michael Kovrig and Michael Spavor have also returned home after over 1,000 days in Chinese custody as part of the US-brokered deal that saw the release of Huawei CFO Meng Wanzhou.