A look at how Africa is tackling foodborne illness | Environment | All topics from climate change to conservation | DW | 06.02.2019

A look at how Africa is tackling foodborne illness

Contaminated food poses a major health and economic threat to sub-Saharan Africa. While efforts are taken to provide safe food for exports, governments are reijigging the system to do more for domestic markets. 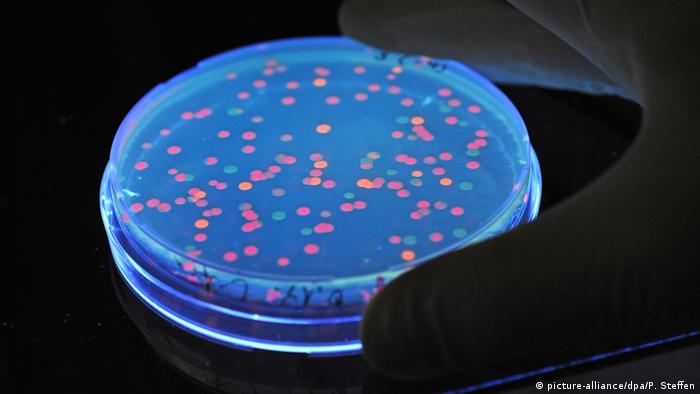 Salmonella as seen under a black light

Small flies can be seen buzzing around many food markets. But the threat they bring is not visible to the naked eye.

Houseflies, infected with salmonella, E. coli and other bacteria, can contaminate food and cause serious gastro-intestinal illnesses. In Uganda's popular pork snack bars, for example, one-third of raw pork sampled for a study by the International Livestock Research Institute tested positive for salmonella.

Foodborne diseases, either caused by pests, pesticides or improper storage, pose a major health threat to sub-Saharan Africa, which suffers the highest levels of foodborne illness anywhere in the world.

More than 91 million people in the region fall ill every year from eating contaminated food and 137,000 die as a result, according to the World Health Organization. 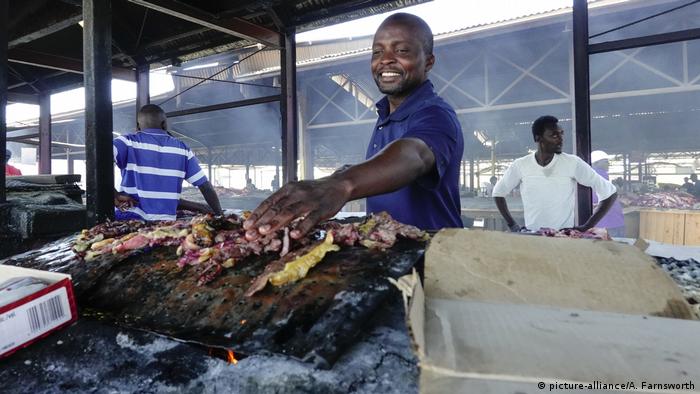 Meat and fish stored unprotected from pests, heat and humidity can be a source for foodborne diseases

Safe food goes to Europe, but not to Africa?

Yet, instead of focusing on food safety at home, the emphasis has been placed on food safety for export goods so that they meet import standards in European and other markets to drive trade and economic growth.

"That's all very legitimate, valuable investment. But what is now being realized is that there is a big health problem in Africa," Michael Taylor, food safety expert, told DW.

Taylor recently co-authored a report by the Global Food Safety Partnership, a public-private partnership hosted at the World Bank, which found that more than half of all donor investments focused on food safety for export markets instead of promoting food safety awareness for African consumers.

"The historic reason is that the priority among African governments has been on food safety as it relates to supporting export trade," Taylor said.

Eating contaminated food not only leads to acute illnesses, but also to long-term effects on health.

Aflatoxin, for example, a poison produced by fungi that can infect corn, peanuts and other staple crops, is associated with stunted growth in children, delayed development and liver damage.

Besides being a health problem, chronic exposure to aflatoxin and other foodborne diseases are an economic burden, causing productivity losses of $16.7 billion (€14.6 billion) a year in Africa, according to a recent World Bank report.

This puts the public health burden of foodborne diseases at the same level to that of HIV/AIDs, malaria or tuberculosis.

As government leaders and development organizations are realizing the overall public cost of unsafe food, they are beginning to develop regulations for domestic markets. 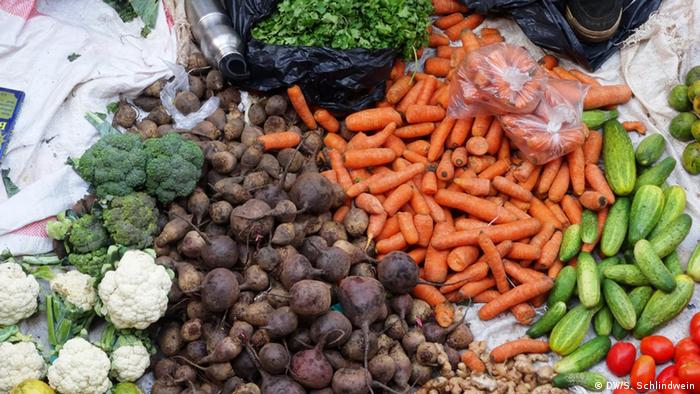 The African Union, for example, established the Partnership for Aflatoxin Control in Africa (PACA) in 2014. PACA helps governments regulate their food systems by strengthening regulatory enforcement, raising awareness among smallholder farmers about correct storage of fresh produce and investing in technologies to test and control aflatoxin levels.

Regional economic communities such as COMESA, the Common Market for Eastern and Southern Africa, are working to coordinate their food safety standards across markets.

And in mid-February, national government leaders will convene for the first ever African food safety conference.

"Africa is taking over and [is] trying to address issues of food safety in the continent," Moalosi told DW.

Experts want Africa to do more

But experts warn that these the efforts are not enough.

Abebe Haile Gabriel, Representative of the United Nations Food and Agriculture Organization (FAO) in Ghana, says that most of the food safety measures are implemented only once a crisis is in full swing.

"Whenever some kind of problem related to contamination or food safety is reported, that is when the stakeholders, the media, the government, the consumers try to respond to a problem," Gabriel told DW.

Lystra Antoine, CEO of the Global Food Safety Partnership, agrees that consumers need to become the focus point of new initiatives so that they can demand better standards.

"With that pull other parts of the food safety system would be improved as part of a market-driven approach," she added.

The challenge is how to reach consumers and vendors. In Africa, over 70 percent of food is bought at open markets or on the street where unrefrigerated dairy, meat and fish products increase the risk of food contamination. 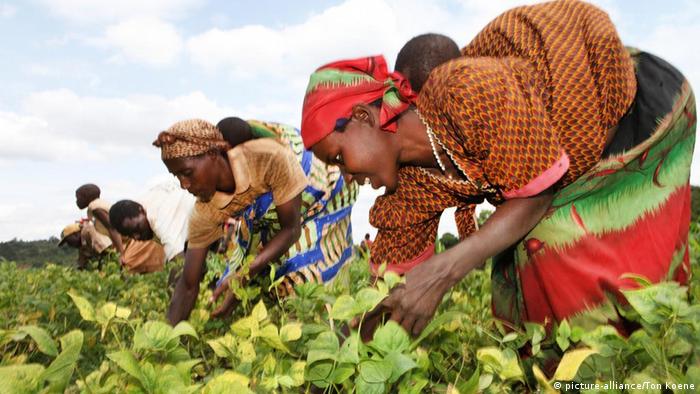 In sub-Saharan Africa, smallholder farmers play a critical role in feeding the population

Antoine wants to see posters with targeted information, social media or text message campaigns. The approach will vary from country to country, depending on what is accepted both by consumers and vendors.

Solutions, however, don't have to expensive or complicated, experts say.

In Uganda's pork snack bars, where every third pork sample tested positive for salmonella, vendors started placing nets over the meat, reducing the risk of pests contaminating it by more than half, researchers from the International Livestock Research Institute found.

In Kenya, where the majority of milk is produced by smallholder farmers and sold by informal traders, a policy change in 2004 allowed them to be trained and licensed in hygienic milk production, improving food safety and their income as a result.

"We've seen pockets of success, so we know that you can drive improved food safety results on the ground," said Antoine.

"What we want to see now is greater investments in those schemes to scale them up so that the lives of Africans can be improved."

Experts agree that while it's still a long way to go to improve food safety in sub-Saharan Africa, it's moving in the right direction as national government leaders and development organizations are recognizing the importance of safe food for public welfare and economic growth.

Shanghai authorities have launched a probe into six people accused of making a cheap infant formula, and then repackaging it to look like famous brands. The suspected gang reportedly sold over 17,000 mislabeled cans. (05.04.2016)