Feeding the world with organics: A realistic prospect? | Environment| All topics from climate change to conservation | DW | 16.10.2017

Organic agriculture is supposed to be the ultimate environmental savior. But can it feed the 10 billion people expected by 2050 in a sustainable manner? 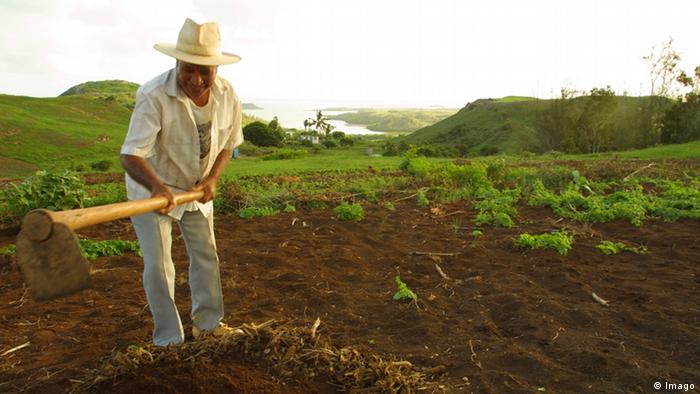 In countries like Germany, many see organic farming as the ultimate solution for our climate and population crisis.

But if organic crops only make up 1 percent of the world's farmland, how could we then feed the world's population on organics?

Organic farming supporters believe the practice is far from perfect, but still think there's a need for a shift in the entire global food system. The first move should be to improve the use of our resources and reduce waste, they say.

Detractors argue that an agriculture system completely based on organics would impact the environment as much, or even more, than conventional agriculture.

For World Food Day on October 16, DW offers an overview of this complex but crucial discussion. 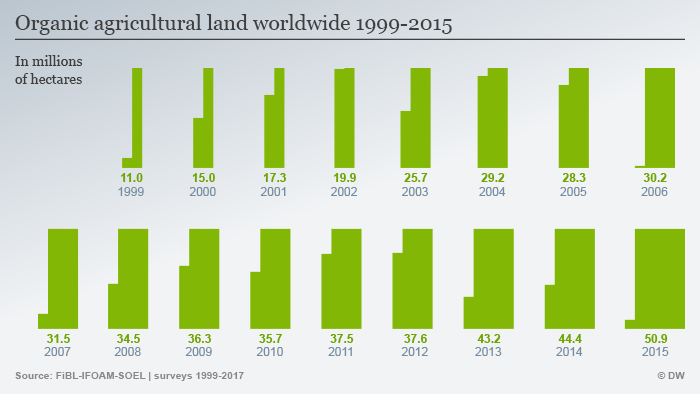 Better use of resources

On global average, there is a yield gap of about 25 percent between organic and conventional agriculture, according to Andreas Gattinger, professor for organic agriculture and sustainable land use at the Justus Liebig University in Giessen. Since organic agriculture depends heavily on the variability of various natural factors, crop yields tend to be smaller.

This makes José Miguel Mulet, a researcher at the Institute for Plant Molecular and Cell Biology (IBCMP) in Valencia, Spain, quite skeptical regarding the further development of certified organic agriculture.

"If the world's production was made entirely ecological, we would not leave any trees standing," Mulet told DW.

Gattinger, however, rejects this apocalyptic scenario. "If we would use the world's natural and food resources in a circular way, we would be able to feed even 12 billion people," he said — by for example, wasting less food, or using natural resources as pesticides instead of creating new, artificial products.

This can be achieved by increasing the sustainable use of land resources and, above all, reducing food waste.

"We should increasingly make use of land sharing, instead of land sparing," he said, explaining how the same piece of land can be used for farming, but also for preserving wildlife and regulating the climate. For example, he points out that organic farming can, at the same time, provide food and enhance a field's soil fertility, increase biodiversity above and belowground and bolster natural resilience, among other benefits. 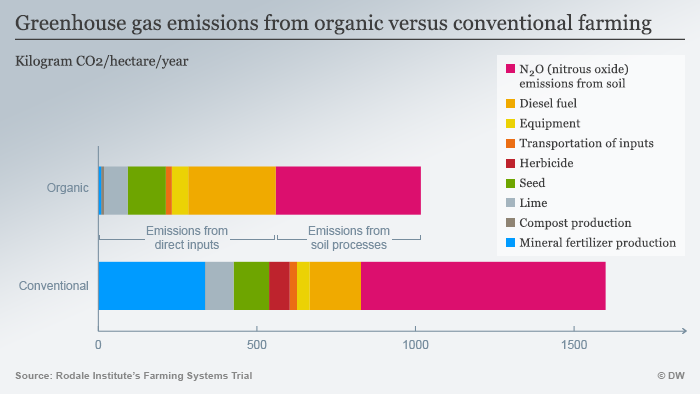 The use of synthetic pesticides is forbidden in organic farming — one of the main motivations for consumers buying these products. However, Mulet points out that many of the natural products applied to organic crops are also extremely harmful for the environment.

"Such products create a big paradox," he said. "Copper, for instance, is highly polluting and does not biodegrade."

Indeed, Gattinger regrets that the use of toxic natural elements such as copper are still an issue. However, he argues that copper is only used when there is strong evidence of disease.

"But at the same time, organic agriculture fulfills many other important ecosystem and public good services," he said.

Organic farming increases biodiversity and leads to a higher adaptive capacity to extreme weather events like heavy rainfall, to mention only a few benefits, Gattinger added.

"If an insect eats one crop, they can still live from the other," she said. Organic farming requires less external input like pesticides or fertilizers and uses instead existing natural resources to maximize farmland production. 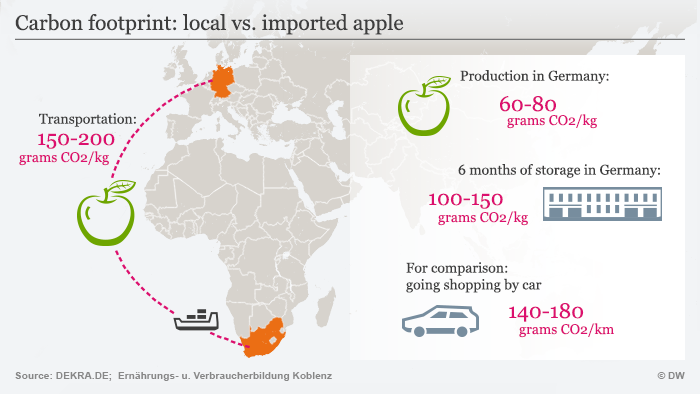 However, once organic farming products enter the industrialized food system, El-Khoury believes they lose their benefits.

"The food system is becoming uncontrollable, and that is related to all the food we eat, not only to organic production," she said. "Food waste and the lack of information on organic products, for instance, are more of a concern that just eating organic or not."

"People don't know what they are buying, and the organic certification does not always mean better for the environment," said Mulet.

Products certified as organic can come in ships or trucks from the other part of the world, or grow in greenhouses all year round. This, Mulet points out, does not respect natural cycles nor avoid polluting.

"Consumers have to be concerned with the way food systems function if they are interested in their health and the environment," El-Khoury said.

Gattinger agrees. Why put so much pressure on the capacity of organic farming to feed everyone, he said, when conventional farming practices around the world still leave one in nine people suffering from undernourishment?

If neither farming method is currently able to feed the world, he added, we should find the silver lining and at least switch to the practice that is less harmful for the environment.

German researchers say food prices must rise substantially to take account of the environmental cost of industrial agriculture. Although discount supermarkets take the blame, they cater to consumers' cheap tastes. (13.06.2017)

Fertilizers, pesticides and over-use can render cultivated land unsuitable for growing good quality produce. A Spanish farmer is using microorganisms to help return his land to its former fertility. (23.05.2016)