Organic food is bigger in Germany than in most countries, yet sales total only 5 percent of the nation's groceries market. Can "bio" ever break out of its niche status? 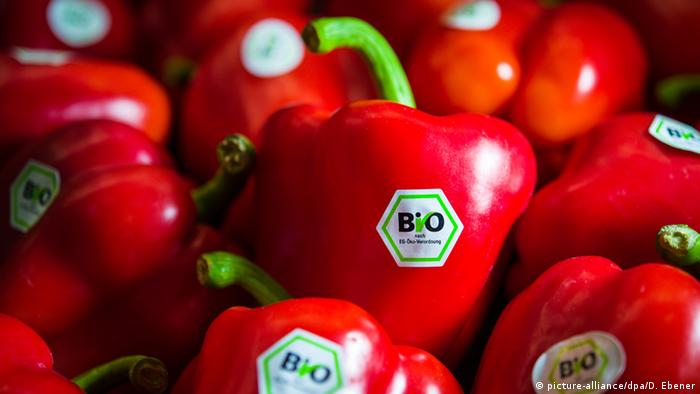 Organic red peppers for sale in Germany, featuring hexagonal stickers with 'Bio' written on it. Should there be stickers saying 'Produced with Pesticides' on 'conventional' fruits and vegetables?

Organic food lovers, rejoice: it's Biofach week again. Biofach, the world's leading trade fair for organic products, is held annually in Nuremberg, Germany, a town in Franconia that was once the capital of the medieval "Holy Roman Empire of the German Nation."

From the time of the empire's founding by Charlemagne in the year 800 until its final dissolution by Napoleon in 1806, and for a century after that, the people of the empire - from prince to pauper - rigorously adhered to a diet composed entirely of organic food, nearly all of it produced at most a few miles from the point of consumption, with a minimal CO2-emissions footprint.

Nowadays, even the most conscientious participant in community-supported agriculture or the most patchouli-soaked, Birkenstock-wearing neo-hippie would have great difficulty meeting the standard of food localism and environmental correctitude that prevailed during Nuremberg's imperial glory years.

Today, about 95 percent of the food sold in Germany - as measured by retail sales value - isn't organic. That's despite the fact that total organic food sales in Germany have been growing steadily for years. Sales growth has reached an impressive 10 percent per annum over the last couple of years.

But most food continues to be produced with the help of a variety of synthetic pesticides, herbicides, and fertilizers. The consequences, according to organic farmers and many environmental scientists, include depleted soils, reduced biodiversity, polluted waters, and inhumane treatment of farm animals. 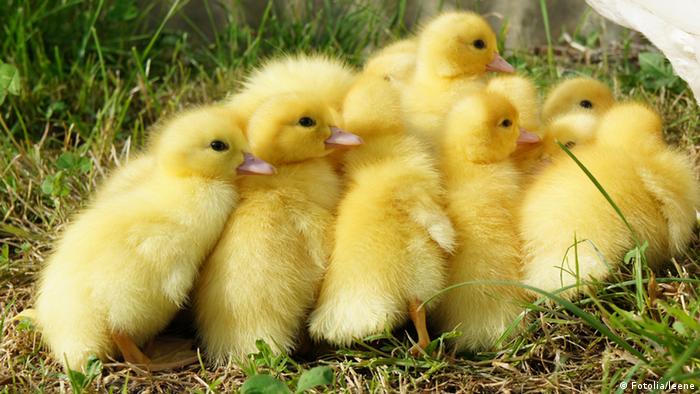 These ducklings will live on a free-range organic farm

"Bio" products typically cost anywhere from 15 to 100 percent more than non-organic, according to Alexander Beck, an organic farmer who heads up Germany's Association of Organic Food Processors.

Lifestyle, cultural and educational background help determine whether or not people buy organic food; price isn't the only factor. But it is the dominant factor, and one that is not likely to change, according to some industry insiders at Biofach.

Organic food is unlikely to break out of the 5-per-cent niche product category, to achieve a market share of 25 percent or more, unless "bio" becomes cheaper than conventional food, according to Katharina Reuter, managing director of UnternehmensGrün e.V., a national association of green businesses in Germany.

"Pesticide bananas have to be more expensive than bio-bananas," she told DW. "That's the long and short of it."

In Reuter's view, conventional food has become absurdly cheap - but only because its prices don't take environmental or health costs into account: "If true cost accounting were applied, conventionally produced food would be more expensive than organic food."

Organic farmer Beck said that what's needed is changes in prices of farming inputs, in line with "true cost accounting." Among other things, this will mean putting a price on pollution and making sure polluters - rather than society - pay that price. 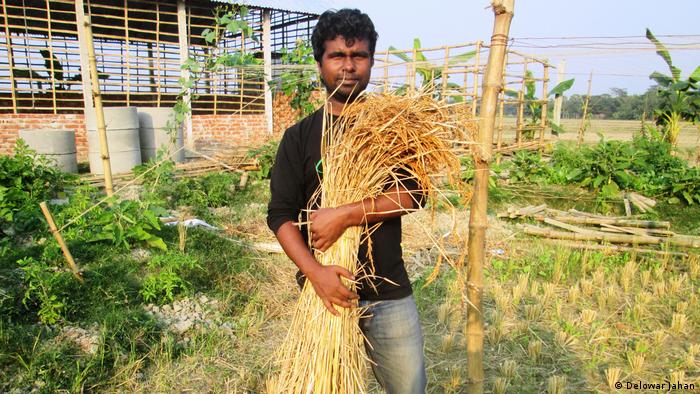 Beck pointed to the water quality issues associated with Germany's vast pork production industry, which he said produce about 30 percent more pork than the country can consume - "and from a health perspective, people eat far too much meat anyway," he added.

Too many pigs concentrated in feedlots generate concentrated waste which pollutes surface waters, with rains washing the pollution into streams and lakes. A price per ton and hectare could create incentives to avoid this.

Similarly, a price per ton of fertiliser could incentivize farmers to avoid over-application of fertiliser, which also pollutes waters as well as harming soil ecosystems.

"However, for some things, like ensuring humane treatment of farm animals, financial incentives aren't really workable, and we need straightforward regulations," Beck said. 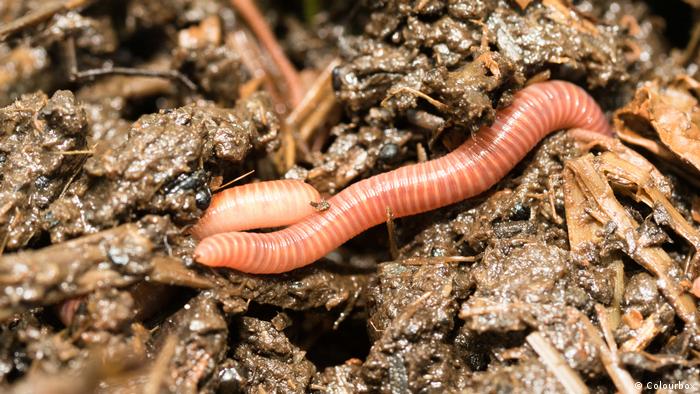 As things currently stand, Beck and Reuter explained, explicit funds through the European budget subsidize conventional agriculture by paying farmers a flat amount per hectare of farmland. The European Union's enormous agricultural subsidy budget should be reallocated to pay farmers for improved farming practices instead, they think.

Another possible source of subsidies for organic farming could be raised by applying a flat surcharge, or "environmental user fee" of a few percent of the retail price on all conventionally produced food, with the proceeds collected into an organic farming fund  used to help conventional farmers to shift their operations to organic methods.

Beck and Reuter both said that if the right combination of regulatory reforms and financial incentives were put in place, farmers would naturally shift to organic farming, because when costs are no longer externalized, overall it costs more to produce food conventionally than by organic farming methods. 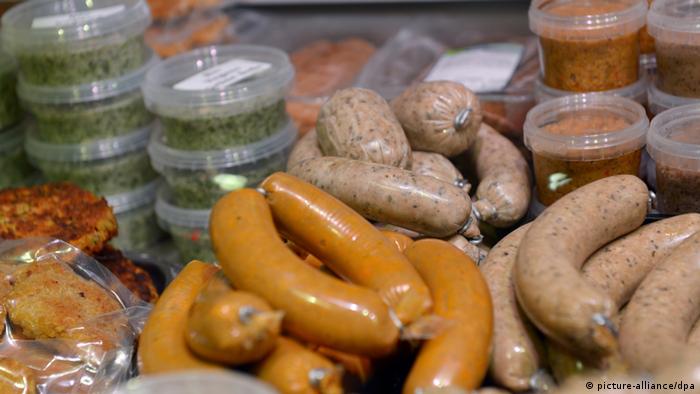 Lobbyists in the meat industry don't want non-meat sausages, like the organic, vegan ones pictured here, to be called "sausage"

But even though organic food and animal welfare lobbyists have tried for years to promote financial incentives and regulations for organics, progress has been limited.

Moreover, conventional farmers are afraid that if Germany toughened regulations, for example to require chicken and pig farmers to create more humane conditions for their animals, they'd be at a competitive disadvantage compared to producers in other countries.

That problem could be solved with import restrictions - but any restrictions would conflict with free trade agreements. These, in turn, are based on an assumption that unhampered free trade is an inherently good thing.

Although this idea is shared by most European economists and policy-makers, it's controversial in other quarters, especially with regard to food supplies.

A different labeling system could help too, according to Reuter.

"Really, in future we want to see a situation in which organic food is normal and unlabeled, whereas food produced with synthetic pesticides, herbicides and fertilizers, or with inhumane methods, would be labeled."

The first supermarket to sell only salvaged food waste has opened in Germany. It marks a small step towards a zero-waste society - but a major shift in social awareness, says DW reporter Irene Banos Ruiz. (06.02.2017)