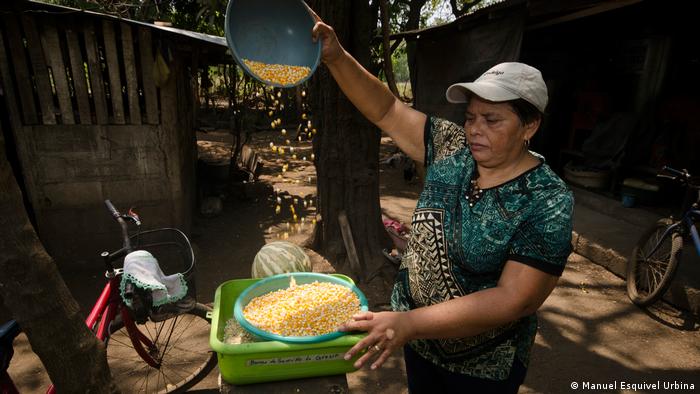 The air is dry and the heat intense in the village of La Grecia in north-western Nicaragua. The temperature is a little more forgiving inside the modest red brick house where Blanca Landero Betarco shows off her small harvest of red beans.

Like her parents, and their parents before them, 60-year-old Betarco lives from subsistence farming — growing beans, rice, corn and wheat. However in recent years, the land hasn't yielded enough to subsist on.

"I don't know how many more years I'll be able to stay living here on this land, in these conditions — whether I'm going to starve to death," Betarco told DW. "Because that's what this land might have in store for us: death."

La Grecia is in the Chinandega area in a region known as the Dry Corridor that extends along the Pacific coast of Central America, through Guatemala, El Salvador, Honduras and Nicaragua.

When El Nino hit from 2014 to 2016, drought laid waste to food production in the Dry Corridor. Betarco and her family made it through on the little money two of her four children earned working at local factories, but hunger became an everyday reality.

"We lost everything in those years, our whole harvests of beans, plus rice and corn," she says. "Sometimes we would skip one or two meals to make the food last longer. I don't know how we managed to survive."

For some, life in Betarco's village became unsustainable. "Some people starved to death, others got skinny," she says. "Those years were very hard around here. A lot of people left for Costa Rica, Panama and Spain." 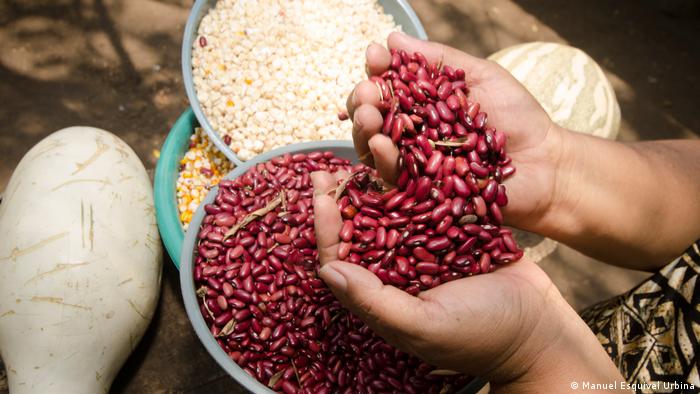 Nicaraguans on the move

According to local NGO, the Humboldt Center, 90% of maize and 60% of bean crops in Nicaragua were lost in 2016. Another NGO, Germanwatch, meanwhile, ranks Nicaragua — the poorest state in Central America — among the most climate-vulnerable countries in the world. Rainfall there has becomeincreasingly irregular.

"Because of climate change, the conditions for agricultural production in the Dry Corridor don’t exist anymore," Victor Campos, director of the Humboldt Center, told DW. "That creates a food crisis, and if there isn't another kind of income available for families, it leads to famine."

Accordingto the UNHCR, more than 55,500 people have left Nicaragua for neighboring Costa Rica in the last year. Political upheaval may be the most immediate cause, but climate change is increasingly recognized by organizations like the United Nations as a factor driving Central American migration.

Tania Guillen, a Nicaraguan researcher at the Climate Service Center Germany, told DW that with small farmers losing crops, food insecurity in Nicaragua "could be a decisive factor to migrate to other countries in the region." Betarco's 25 year-old son, Norlan Alberto Martinez Silvia, fled because he couldn't see a future in Nicaragua, partly because of the strong and lasting drought.

"I came to Costa Rica to look for better economic conditions," he told DW, as he clocked off at 6am from his job as a security guard at a private school in Cartago near the Costa Rican capital of San Jose.

"I worked with my mother before, but it didn't generate any money, just more or less enough food to feed oneself."

Now he can send more money back to his family than he could if he had stayed at home, where his monthly salary at a food processing plant was equivalent to $200 (€177) a month. In Costa Rica, he earns the equivalent of $600 (€532), and sends half to his mother. It was difficult for Betarco to see her son leave, but the money he sends is essential. "He sends me money so that I'm able to survive here," says Betarco.

El Nino marked a low point for the Dry Corridor, but communities have continued to struggle. The Humboldt Center's latest research indicates that temperatures are rising, and are likely to hit extreme highs with increasing frequency.

Betarco's last two harvests have seen little improvement on 2016 and she feels the environmental changes seem to be permanent.

"In Chinandega, we had a great river; today there is no river, it's more like a puddle."

The shortage of drinking water has also made it increasingly difficult to look after her livestock. 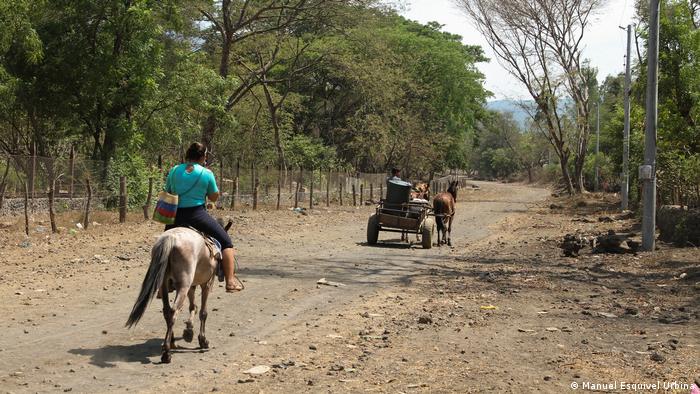 It now rains on only half the number of days each year that it did a decade ago, yet too much rain in too short a period is also a problem and the Dry Corridor is seeing more frequent floods.

In May this year, a month's worth of rain fell in just five days, which means the first harvest of the year will likely fail, according to the Humboldt Center.

This uncertainty is one of the greatest challenges for farmers like Betarco. They can't plan when to sow as the plants can't thrive in soil that is too arid or too wet.

"Climate change has affected our production a lot," Betarco says. "It means that today it rains, tomorrow it doesn't. And then there is such heat."

Since 2016, Betarco has been measuring rainfall levels each day using a plastic tube called a pluviometer. She pays close attention to the beginning of the rainy season and measures the soil to determine when it's best to sow her seeds. It gives her a small sense of preparedness against the uncertainty. However with the prognosis for the conditions in the year ahead not looking good, she can only hope the harvest will exceed expectations: "We still have to wait and see about this year."