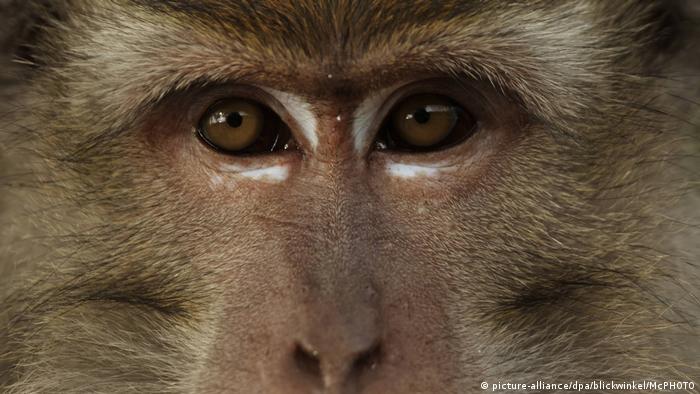 Germany's Bild newspaper cited a 58-page US laboratory report and accompanying emails Wednesday indicating that a VW Beetle's exhaust fumes piped to monkeys inside cabinets over four hours were worse than exhaust gases from a Ford pickup truck.

The result was the opposite, said Bild, of what the since-disbanded European Research Group on Environment and Health in the Transport Sector (EUGT) had expected from the testing at Albuquerque in the US state of New Mexico.

The newer Beetle, allegedly fitted with "defeat" software to obscure its motor's nitrogen oxide output, was supposed to emerge "cleaner" and "healthier."

See more: Bild article including photo of the cars tested

Instead, monkeys who inhaled VW fumes showed a higher degree of bronchial inflammation in blood and endoscope samples.

Ten macaques were put in glass cages at the Lovelace Laboratory, claimed Bild, and "made to suffer."

Last year, a European Parliament inquiry report said 72,000 people in Europe died prematurely because of nitrogen dioxide pollution, citing an "increase share of diesel cars in the EU fleet." Nitrogen dioxide is one of the gases produced by burning diesel.

The results were "too devastating for the car industry," it said and quoted an unnamed employee said by Bild to have been involved in the study's rewrite as saying: "I tried to weaken the impact of the results. But that was not possible."

The EUGT was founded in 2007, reportedly by VW, BMW, Daimler and Bosch. Each carmaker annually contributed $125,000, Bild said

From Albuquerque, the Lovelace Respiratory Research Institute (LRRI) told DW early Thursday that the laboratory later realized that the study did not "meet our standards for peer-reviewed publication."

After learning of the "deception" by Volkswagen in modifying the VW engine, "LRRI did not engage in any further work with the EUGT trade group," said chief executive Robert W. Rubin in a statement emailed to DW. LRRI complied with "all applicable animal regulations," he added.

Stuttgart-based Daimler said its board had decided to suspend its employee who had directed the EUGT.

In the EUGT's progress reports between 2012 and 2015 the representative listed is Udo Hartmann, the concern's appointee for environmental protection.

BMW on Wednesday said its former lobbyist within the EUGT would "remain an employee of the BMW Group," but would be relieved of his duties within the concern's urban mobility section.

The employee had convincingly assured BMW that he had been critical of the animal testing done for EUGT, the Munich concern stated.

BMW said it had not collaborated in the study itself.

Bild reported that Vienna environmental hygiene professor Hans-Peter Hutter, after examining the 58-page report, said, "This is an unbelievable experiment that an ethics commission in Europe would probably never have allowed."

Germany's Transport Ministry in a statement issued after a special meeting of Germany's parliamentary inquiry into diesel motor emissions said industry representatives had apologized and ruled out future studies on living beings.

The past testing on monkeys as well as on humans, allegedly done at Aachen's RWTH university, are the latest twists in Germany's "Dieselgate" scandal.

It broke in 2015, revealing that VW had manipulated 11 million diesel cars worldwide by equipping their motors with cheating software to suggest their exhaust pollutant gases were less harmful during tests.

The promise follows revelations that German automakers funded studies in which humans and monkeys inhaled diesel fumes. Volkswagen has placed its chief lobbyist on leave following the reports. (30.01.2018)