Can we drink our oceans? Five things you need to know about desalination | Environment | All topics from climate change to conservation | DW | 21.01.2019

Can we drink our oceans? Five things you need to know about desalination

Desalination is key to providing fresh water to millions of people around the world. Yet, it can harm marine wildlife, takes a lot of energy, and it's often not sustainable. 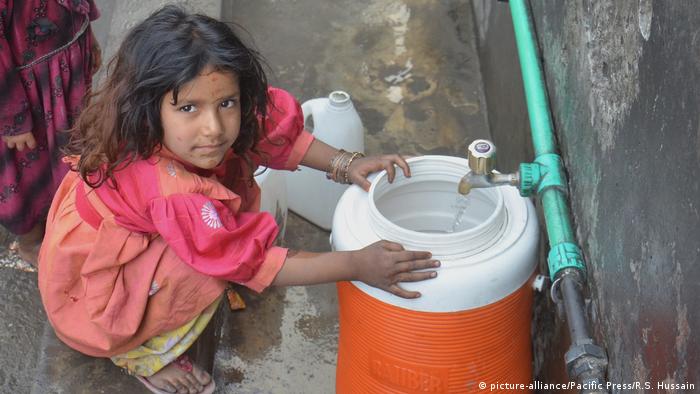 Providing fresh water for the 10 billion people expected to live on Earth by 2050 is one of the biggest challenges of our century.

When the first desalination plants began operating in the mid-1960s, they were hailed as a great solution to make our oceans drinkable. But the alchemy of extracting salt is not without negative environmental impacts.
Find out what it takes to produce fresh water, and you may never look at your tap in the same way.

Why is desalination important?

Although water covers about 70 percent of Earth's surface, only 2.5 percent of it is fresh. And 70 percent of that tiny fraction is trapped in glaciers and ice caps, which leaves less than 1 percent to meet our drinking, hygiene, agriculture, and industrial needs.

While rivers, lakes and underground sources still provide most of that fresh water, our changing climate is leading to greater depletion of this most primary resource. More than one in four people already face water scarcity, and the World Health Organization says the number could reach one in two by 2025.

Water consumption varies widely. In rich countries, one person uses up to 80 liters of water at home every day just for such things as taking a shower, cooking and flushing the toilet; in very poor countries, people might have fewer than 10 liters per day to meet all their needs.

How does desalination work?

There are two main ways in which salty water is made fit for human consumption: thermal desalination and reverse osmosis.

Thermal desalination causes the water to evaporate and condense, leaving salt and other impurities behind, while reverse osmosis uses a filter membrane that only allows water molecules through, thereby separating it from salt and other substances.

Because reverse osmosis, which was invented in the US in the 1950s, is the more energy efficient of the two approaches, it is more widely used. Around 70 percent of desalinated water is achieved using this process.

Once the water is purified, minerals and chemicals are added to meet the standards required for safe and healthy drinking water. 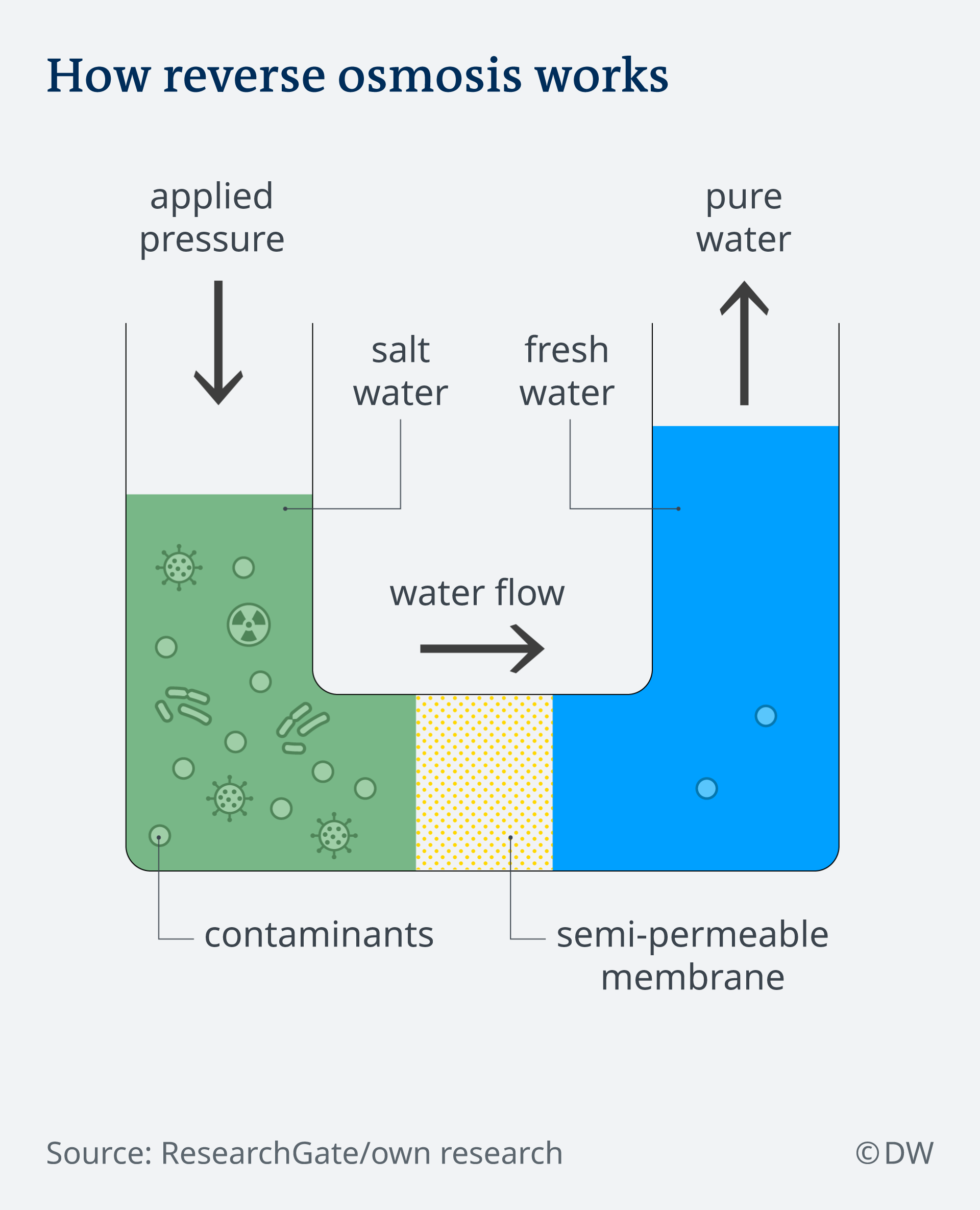 If we can drink our oceans, will that solve the water shortage problem?

It's not quite that simple. Although desalination provides a solution in particularly dry regions, such as the Middle East and North Africa, it is a highly energy-intensive process. And one that's often powered with fossil fuels.

The upshot is emissions which contribute to global warming. An estimated 76 million tons of CO2 are emitted annually as a result of desalination processes.

So, while there is more water to satisfy global thirst, the process of generating it is feeding into the very warming that is contributing to depleting natural sources. Desalination plants powered by renewable resources are attracting increasing attention.

How much water is currently drawn from our oceans?

Worldwide, there are some 16,000 desalination plants in more than 100 countries. Collectively, they can produce 95 million cubic meters of fresh water per day, which is enough to supply around 300 million people.

Seventy percent of facilities are located in wealthy countries, the majority of them in the Arabian Peninsula, where about half of the world's desalinated water is produced.

In this arid region, freshwater resources are scarce, but access to seawater is easy — and oil and gas are cheap. Desalination plants there are powered by waste heat from fossil fuel power stations. 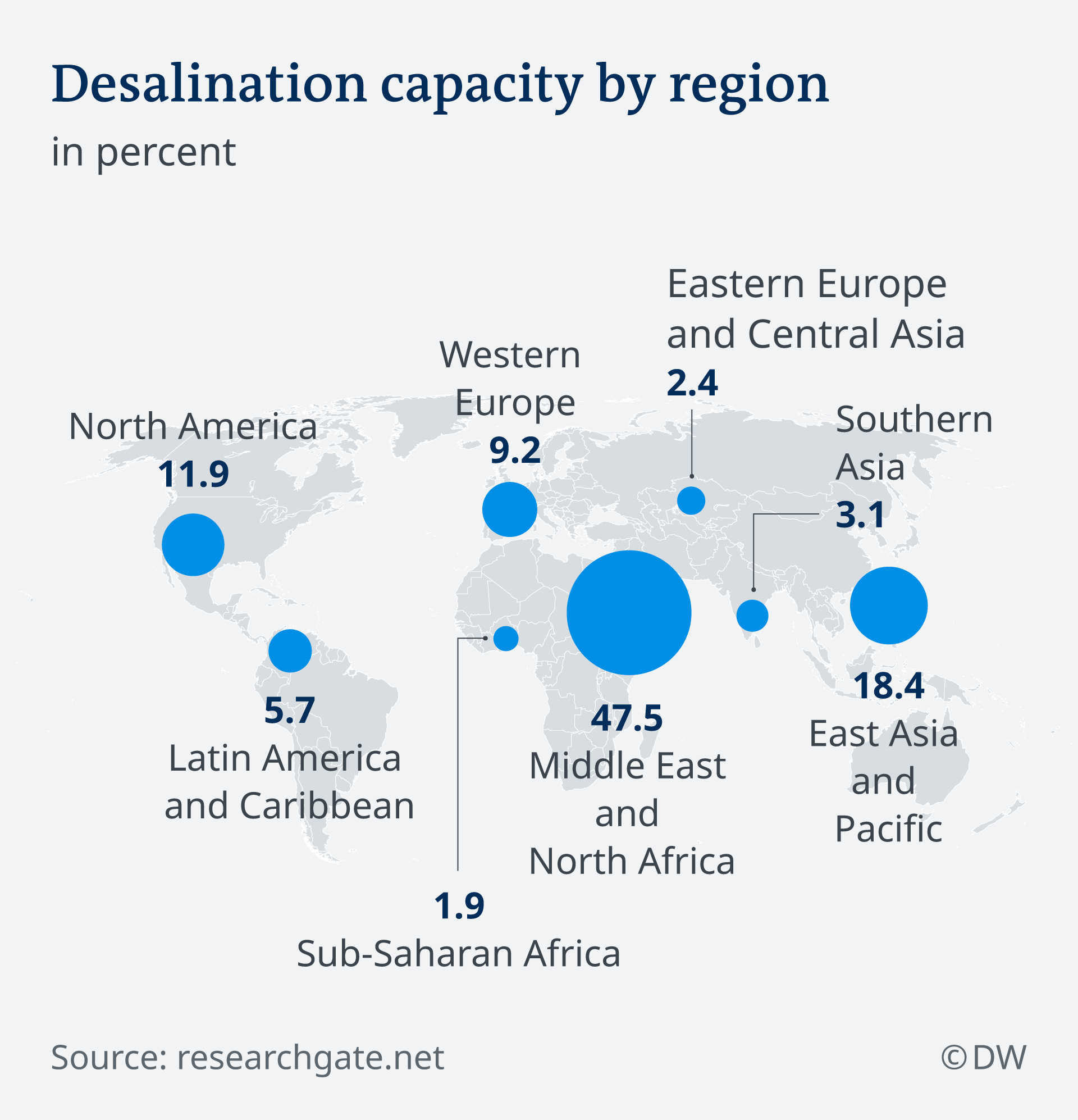 What happens to the salt that's removed from the sea?

Most of it is dumped back into the water, together with chemicals used during the desalination process.

About 142 million cubic meters of brine, the salty slush generated through the creation of drinking water, are returned to the sea every day. That would be enough to cover the entire surface of Germany.

Due to its dense concentration, brine sinks and spreads along the seafloor, where it can interfere with entire marine ecosystems. It is particularly harmful in semi-closed seas such as the Persian Gulf.

Sometimes help comes from unexpected places. In Colombia, a boarding school is providing a local community with drinking water by using equipment designed for ocean desalination. (05.06.2018)

Oil has fed Dubai's explosion into one of the most conspicuously wealthy cities in the world. Now, it says it wants to cut emissions – but can it source enough water without fossil-fueled desalination? (27.03.2018)

Water for Sustainable Food and Agriculture

The state of desalination and brine production: A global outlook