Oil has fed Dubai's explosion into one of the most conspicuously wealthy cities in the world. Now, it says it wants to cut emissions – but can it source enough water without fossil-fueled desalination? 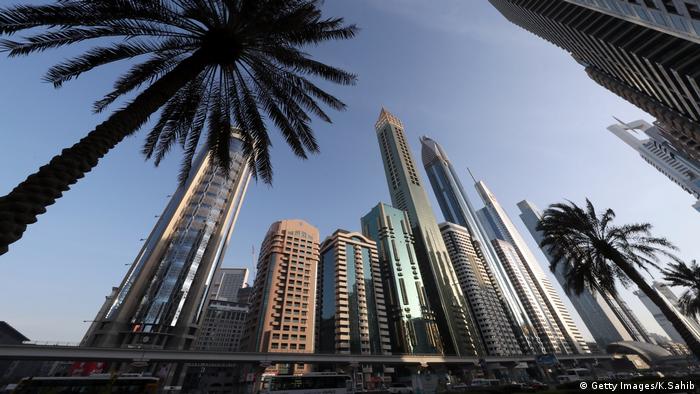 In just a few decades, Dubai has gone from sleepy fishing village to glittering metropolis, complete with some of the largest shopping malls in the world and indoor ski slopes.

The boom has been fuelled by oil, first discovered in the United Arab Emirates in the late 1950s. But now, the emirate's rulers are touting another dramatic transformation: From fossil fuel mecca to green-power paradise.

Dubai says it is working toward covering 75 percent of its energy demand from clean sources by 2050.

But the desert megacity doesn't just have to decarbonize its power and transport sector. Securing its water supply also consumes huge amounts of energy.

Most of Dubai's water comes from the sea. Extracting the salt from seawater to make it potable is costly, energy intensive and currently reliant on fossil fuels. 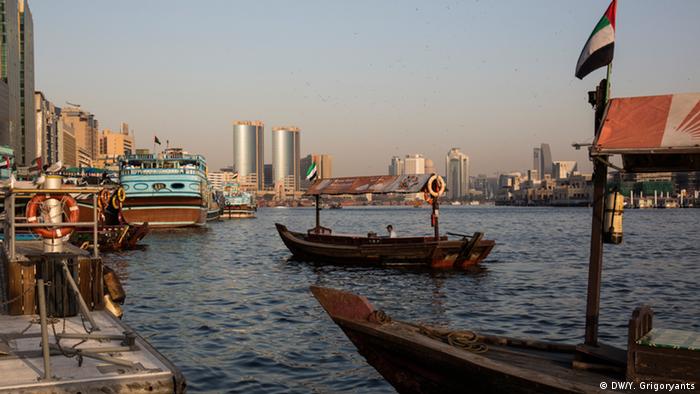 "We are testing renewable energy in desalination so we're not only improving the efficiency of the existing technologies, we're investing in the future," Al-Zeyoudi told DW.

And that, he says, makes Dubai a pioneer of solutions that will be needed way beyond the emirates, as climate change puts pressure on water resources around the world.

"Decades ago the world was laughing at us in this region for drinking the seawater. But now it's becoming the only solution to fight against droughts around the world," Al-Zeyoudi said.

At the 6th annual World Government Summit in February, al-Zeyoudi announced it was putting $10 million (€8.1 million) toward climate resilience projects in the Caribbean, including $1 million for the island of Barbuda, which was recently ravaged by Hurricane Irma. 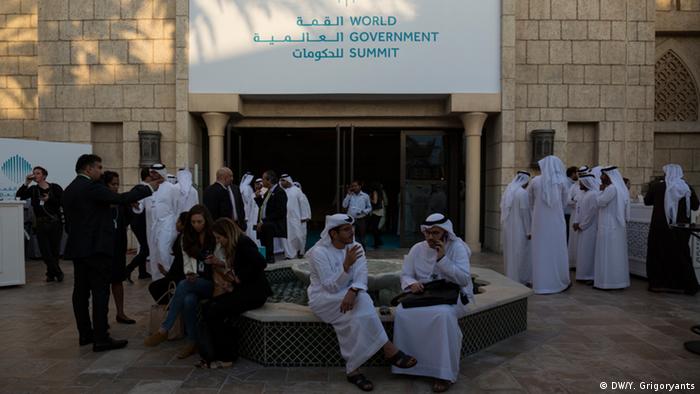 At the summit, Gaston Browne, prime minister of Antigua and Barbuda, placed the blame for Irma squarely on richer nations with high carbon emissions.

The UAE is among the world's biggest per-capita emitters of greenhouse gases. Now it has provided the small island nation with a loan to develop wind and solar power for water desalination.

"It's good that they are taking responsibility not only in terms of transitioning into green energy but also helping countries to reduce their carbon footprint," Browne told DW.

From filtration to cloud-seeding

At the sprawling Jebel Ali Water desalination plant, Yahya al-Zafin, a vice-president at the Dubai Electricity and Water Authority (DEWA), bellows to be heard over the hiss of steam.

"We started industrial water production in 1978 — before that we were dependent on wells! The sea is our only source and we ensure that we use it wisely and with minimum impact on the environment." 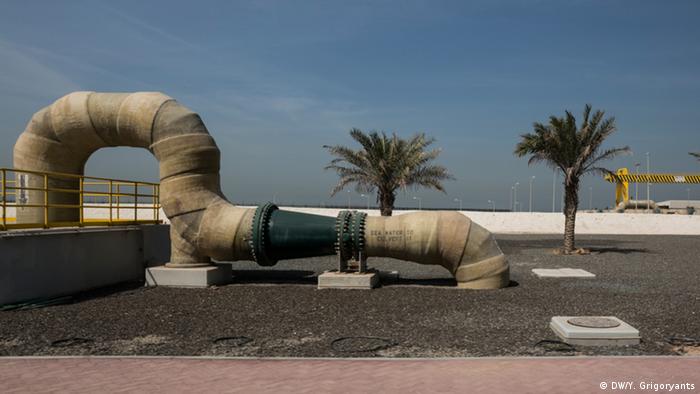 At peak consumption, DEWA can provide 470 million gallons of desalinated water per day.

To do that, seawater is sucked through pipes into chambers where it is boiled, and the steam condensed, collected and treated — an optimised process called multi-stage flash (MSF).

The main alternative to MSF is reverse osmosis, where seawater is passed through membranes to remove impurities. It's more environmentally friendly but currently only around 5 percent of Dubai's water is produced this way. The government aims to increase this to 41 percent by 2030.

Solar power plants that could reap the benefits of the region's bountiful sun have until recently not been widespread, though work is currently underway on what could be the world’s biggest solar park, covering almost 50 square kilometres, when it opens in 2030.

But other — at times far-fetched — solutions are also being posited, from towing icebergs from the Antarctic to building an artificial mountain to increase cloud production.

Cloud-seeding technology — dispersing chemicals into the atmosphere by plane to stimulate rainfall — is already being carried out in the skies over Dubai. 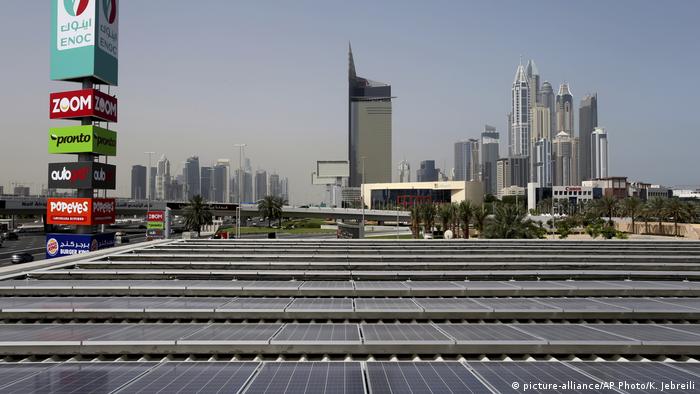 The process has its skeptics, among them UN Development Program chief Achim Steiner.

"When it comes to cloud seeding, I remain a little bit doubtful," Steiner told DW. "Certainly there are examples where this can work. But I think the solution to humanity's resource dilemmas cannot be to somehow manage the planet's life support systems like a chemical laboratory."

"For the UAE desalination is not really a choice, it's a matter of necessity," he says. But a key question remains:

"Do you build an economy on cheap oil and gas that can make it possible to produce endless amounts of water, or begin to invest in water efficiency? Many parts of the world today reuse water multiple times and I think Dubai has embraced this as a concept for the future."

Rhett Larson, Associate Professor of Water Law at Arizona State University, told DW that it is possible, though difficult, for a city to reduce its carbon footprint while still relying on desalination:

“First, the plant would have to effectively integrate renewable sources like photovoltaic solar energy. Second, it would be co-located with a power generation facility and wastewater treatment plant to lower costs associated with brine removal," he added.

"Third, the facility should include a system to recycle pressure from the waste stream to the production stream," he explained. Alongside these technical requirements, policies would have to be introduced relating to carbon offsets and water and energy pricing.”

The black gold city going green may sound unlikely. But a 2015 Massachusetts Institute for Technology study warned that soaring temperatures could make parts of the Persian Gulf uninhabitable as early as 2050.

For its own sake, Dubai may not have much longer to help turn the tide.

Dubai's bid to cash in on climate change

During the 5th World Government Summit in Dubai, the government set out a bold vision for how adapting to climate change could form the basis of an industry worth billions to the country. (20.02.2017)

Jos Lelieveld, a scientist at the Max Planck Institute in Germany, explains why parts of Africa and the Middle East are heating up twice as fast as the rest of the world – and could soon be uninhabitable. (03.12.2016)