The decision by Japan's PM Shinzo Abe to call a snap election is designed to take the wind out of a new party's sails. But analysts question the long-term future of this latest political movement. Julian Ryall reports. 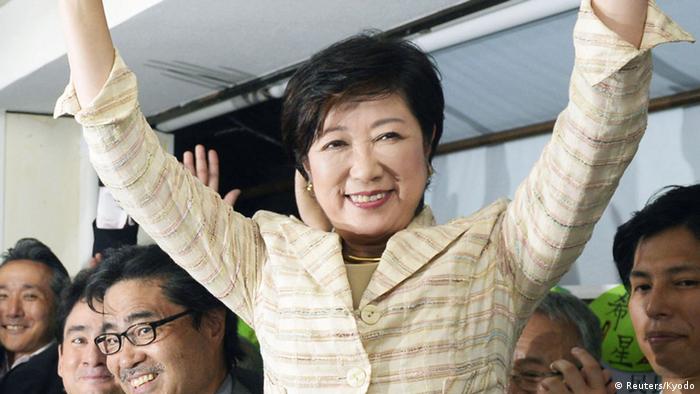 Tokyo Governor Yuriko Koike stole a minor march on Prime Minister Shinzo Abe on Monday afternoon, announcing the launch of a new political party named "Kibo no To," or "Party of Hope," just a few hours before Abe confirmed the poorly kept secret that he was dissolving the lower house of the Diet for a general election.

Yet it appears likely that the prime minister will have the last laugh when the polls close on October 22, with analysts having the unanimous opinion that despite the public appeal of a fresh new political party, Abe will still be Japan's leader going into the winter.

"Abe has been clever and called the election much earlier than he needed to, primarily to weaken Koike's new party because it is not ready and no one knows very much about its policies," Steven Reed, a professor at Chuo University who specializes in Japanese political parties and elections, told DW.

Kibo no To has benefited from a number of defections from other political parties, including three members of the Democratic Party, which is presently the largest opposition force. But the biggest coup has been Mineyuki Fukuda, minister for the Cabinet Office, who is leaving Abe's Liberal Democratic Party for Koike's fledgling political movement. 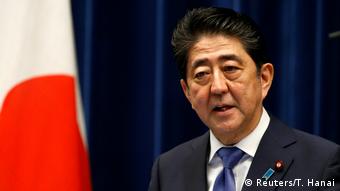 "I think Koike's party will do well in Tokyo and take maybe as many as 20 of the 25 seats in the city, but that is because she has a track record and name recognition here," Reed said. "Out in the countryside, it is the LDP that holds all those cards and generations of the same party being returned."

At present, the LDP holds 288 of the 475 seats in the lower house of the Diet and is supported by Komeito, a Buddhist-based party, with an additional 35 seats. The Democratic Party has 88 seats and the Communists on 21, with the remainder split between independents and minor parties.

One possible way in which Kino no To might increase its leverage is through a coalition with other opposition parties after the election, although they are likely to be just as wary of a new group with policies that are not fully formed.

And those parties have problems of their own to contend, with the Democratic Party, for example, is in "total disarray," said Reed, only electing a new leader on September 1 after is previous leader lasted a mere nine months and made little headway against the ruling LDP.

Already an amalgamation of widely differing political views and held together primarily by a dislike of the LDP, Reed believes it is very possible that the Democratic Party could split along factional lines if it fares badly at the ballot box next month.

The third significant opposition force is the Japanese Communist Party, which is willing to forge alliances with any of their rivals if it will help to frustrate Abe's plans to rewrite the war-renouncing constitution, Reed said. 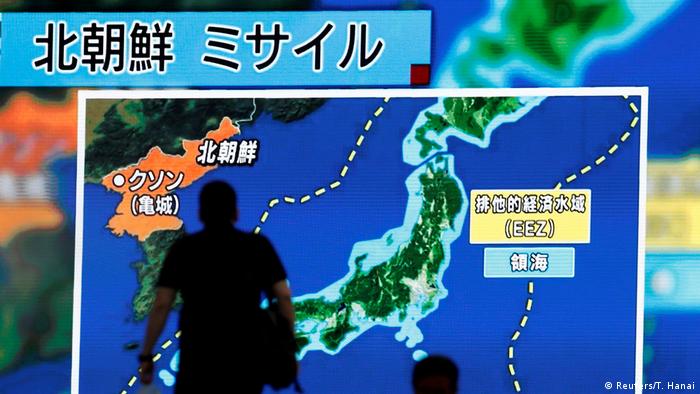 Despite the number of parties ranged against him, Reed believes the biggest threat to Abe's leadership is two scandals involving allegations that he intervened in ministry-level decisions to benefit two education establishments with which he had personal links. If the opposition was wise, it would continue to raise questions over the scandals, although Abe has managed to deflect a lot of attention by calling the election - and he has been helped by the ongoing North Korea crisis.

Robert Dujarric, director of the Institute of Contemporary Asian Studies at the Tokyo campus of Temple University, says Abe's biggest danger might be complacency, but adds that his campaign has been helped by Pyongyang's belligerence and intransigence over the last six months.

"Being seen to be firm on national security issues is always positive for an incumbent, and that is exactly what is happening now," Dujarric told DW. "And Abe has played it very well; he is flying the flag and getting his face in the papers and on TV every day, appearing calm and strong in the face of some serious provocation, while the opposition is nowhere to be seen and not adding anything to the conversation."

"He is showing statesmanship and they cannot match that," he added. "And in this situation, the Japanese public is not going to want to elect a newcomer with little understanding or experience of the international geopolitical situation. They will go with the guy who has been doing it for a few years now and is doing a pretty good job."

Questions over the longer term

And while many people hope that Koike's new party might use this election to build experience and name recognition ahead of future elections that might see the LDP replaced in government, Reed is not convinced that they will fare any better over the longer term than countless other political movements that have cropped up down the years with promises to bring about genuine political change for the Japanese people.

"New parties tend to do well in Japan at the outset because voters are fed up with the same old parties and policies, but we are still waiting to hear about firm policy promises - the only thing I have heard so far is that Kibo no To wants to do away with nuclear power," he said.

"We don't know what they stand for and what they plan to do," he said. "They did well in Tokyo earlier this year in the elections for governor but my guess is that they will fall short at the national level and remain a regional party that is strong in Tokyo."

"Instead of a new political movement, they could very well be little more than a flash in the pan."