Japanese PM Abe's approval rating has dropped to record new low amid a growing scandal surrounding suggestions that he intervened with officials at the ministry of education on behalf of a friend. Julian Ryall reports. 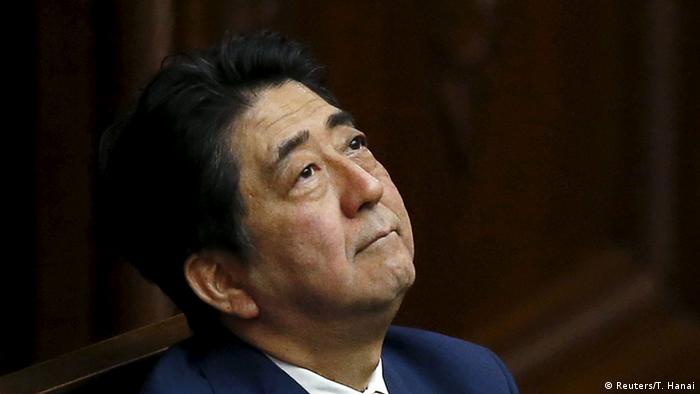 Japanese Prime Minister Shinzo Abe is "fighting for his political life" after arguably the worst couple of weeks of his 55-month administration, according to analysts.

According to a public opinion poll conducted by the Mainichi Shimbun newspaper over the weekend, the approval rating for Abe's cabinet was down to 26 percent, a precipitous decline of 10 percentage points from the previous month and the lowest figure since he became prime minister.

Adding to the pressure on the prime minister, his personal disapproval rating climbed 12 points to 56 percent, while 62 percent of those interviewed said he should step down as president of Japan's ruling Liberal Democratic Party when his term expires in September 2018.

And the figures may be even worse now after Abe appeared before the Diet to try to explain away his involvement in a growing scandal surrounding suggestions that he intervened with officials at the Ministry of Education on behalf of a friend to arrange a permit to build a new veterinarian college.

The story has been seeping out since June but gained new momentum earlier in July, when Kihei Maekawa, a former vice minister in the ministry, gave a press conference in which he asserted that bureaucrats capitulated to political pressure to approve a project proposed by Abe's friend.

Kotaro Kake had applied for permission for his Kake Educational Institution to set up a veterinary medicine school affiliated with Okayama University of Science at a special economic zone in Ehime Prefecture. No fewer than 15 previous proposals had been rejected by the ministry before Kake's request was presented with, according to Maekawa, a message from the Cabinet Office asking the education ministry to grant its approval.

Maekawa said the ministry cut corners in the approval process because it felt it was "the intent of the prime minister," the Asahi Shimbun newspaper reported.

Eight documents have been leaked to opposition parties and the media, one of which states that approval needs to be granted in "the shortest time period possible" and hinted where the request was coming from: "This is something passed on from the highest levels of the prime minister's office."

Another of the documents impressed, "We understand [this] is the intent of the prime minister."

"Anyone would pay attention to such words," Maekawa said. "I would be lying if I said [the ministry] did not feel pressure."

In his testimony before a special session of the lower house budget committee this week, Abe repeated his denial that he had intervened on behalf of Kake. He conceded, however, how it would be easy to assume that there had been collusion because the two men had been friends since they were students. 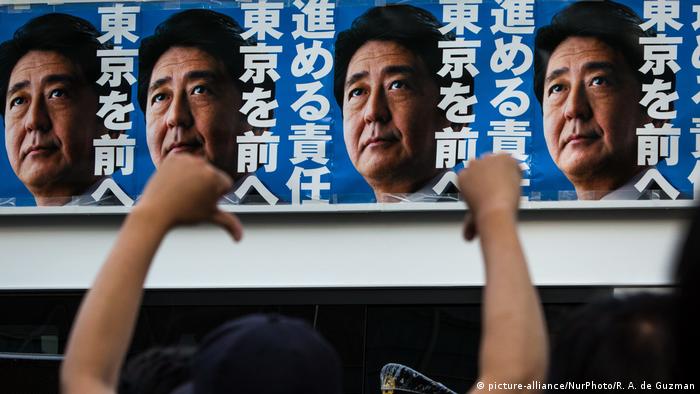 But he repeated his claim that Kake had "never once" sought favors.

"There was no request or lobbying regarding the establishment of a new veterinary school," Abe said, adding that he intended to win back the public's trust by "producing results" in the areas of the economy and Japan's diplomatic relations.

His testimony was not helped, however, when he was forced to backtrack on just when he had learned his friend had filed a request for the project. Abe apologized for the "confusion" his comments had caused.

"The obvious thing is that in terms of scandals, this is a relatively minor one," said Robert Dujarric, director of the Institute of Contemporary Asian Studies at the Tokyo campus of Temple University.

"The problem is that he is perceived to have lied and he has been caught out," Dujarric told DW. "So the problem is no longer whether he helped out a friend with a building permit, but that he has lied. And by lying, he has effectively dug his own grave."

"And the problem in politics is that the longer you go on, the more people are out to get you," he said. "The question now is whether there is anyone in the party who is willing to run against him and has the support of enough members of the party to genuinely challenge Abe.

Read: Japan commits to China's 'One Belt, One Road' initiative

"The bottom line is that he is beginning to look weak, and once a Japanese prime minister's popularity begins to decline, then it usually tends to pick up more momentum in the same direction because no one wants to support a 'dead man walking,'" Dujarric said.

"Abe is clearly a survivor and he has shrugged off scandals in the past, but this is not looking good and I would say he is fighting for his political life," he added.

Abe had already been rocked by the whiff of scandal surrounding a kindergarten operator in Osaka in the spring. The prime minister - at the time riding high in the opinion polls - had expressed support for many of the conservative philosophies of Moritomo Gakuen. It later emerged that the school's tenets were extremely nationalistic and the school had bought a prime plot of land to extend the school in a highly questionable transaction and for a fraction of its true value.

Combined, these scandals have taken their toll on the party and are being blamed for the LDP's calamitous showing in the Tokyo Municipal Assembly elections and again in Sunday's vote for the mayor of the city of Sendai, in northern Japan.

Yet others believe that Abe has enough political nous and support to weather the storm.

Katsunori Kitakura, lead strategist at the Sumitomo Mitsui Trust Group in Tokyo, agrees that Abe is facing "the biggest challenge since his government took office," but believes that the public's concerns will be short-lived.

"The first reason is that there is no strong political opposition at the national level," he said. "The Democratic Party, the largest opposition party in Japan, lost seats in the Tokyo Assembly elections and was unable to gain the support of voters or reverse the dominance of the LDP." 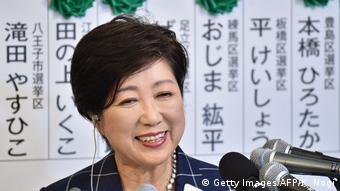 And while Yuriko Koike's "Tomin First no Kai" - the Tokyo Citizens First party - won a decisive victory in Tokyo and has the potential to become the leading opposition party to the LDP in the future, this will not happen immediately, he said.

"The second reason is that the current serving term for the House of Representatives is up until the end of 2018, which gives Abe time to recover his position."

The first move to achieve that will be the planned reshuffle of the cabinet on August 3, which will probably be followed by a return to policies that prioritize the economy, Kitakura said.

"The current drop in approval ratings is due to voters turning their back on an overbearing state administration and poorly managed scandals surrounding the prime minister," he said.

The prime minister's economic polices have not been forgotten and Kitakura expects the LDP to alter its current policies and send a message to the electorate that they are once again addressing the economy.

Japan's former Prime Minister Shinzo Abe has died in the hospital after being shot during a campaign speech. Authorities have arrested a male suspect.

The new Japanese leader now has sufficient political clout to revise the country's constitution — a long-held ambition of former Prime Minister Shinzo Abe, who was shot dead during the election campaign.