Pyongyang's recent nuclear test and missile launches over Japan have made the public nervous. With an election expected to be announced in October, they are rallying round a leader who is seen to be tough on Pyongyang. 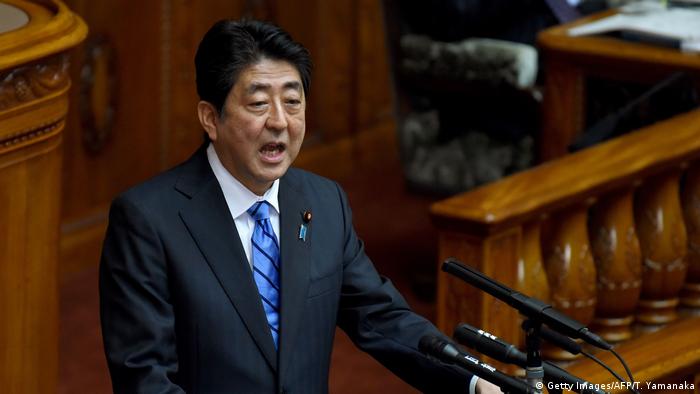 Japanese Prime Minister Shinzo Abe is expected to make an announcement on Monday calling for a snap general election and several factors are behind his decision.

While the national economy is growing steadily and the public is broadly content, it also helps that the opposition parties are in disarray without meaningful rival policies and are weakened by defections and realignments.

And after a scandal tanked his approval rating earlier this year, Abe must be delighted to see his government's support rate climb back above 50 percent in recent public opinion polls. This is partly thanks to the belligerent rhetoric and frequent demonstrations of military might by the North Korean regime.

Well-known for his hawkish tendencies, Abe's firm demands that the international community unite in opposition to North Korean aggression has played well with a domestic audience that has put up for decades with nuclear tests, missile launches and the abduction of Japanese nationals.

Given the clear technological advances that North Korea's weapons scientists have made in recent months, the Japanese public is becoming increasingly jittery. 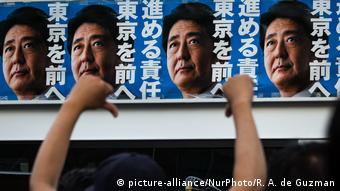 Now Abe can take advantage of Japanese public fear to win a further extension to his 1,728-day-old Liberal Democratic Party administration, the longest-lived Japanese government since the 1960s.

"We have seen this rally-round-the-flag tendency in the past in times of crisis, which is the position that Japan is in with North Korea right now," Jeff Kingston, director of Asian Studies at the Japan campus of Temple University, told DW.

Kingston added that the recent test of what is generally agreed to have been a thermonuclear device, combined with the launch of two missiles intermediate-range ballistic missiles "have enabled Abe to make his case to the voters and he will be hoping that his proposals on revising the Constitution will make sense to them now."

Read more: Tokyo votes in election that could spell trouble for Abe

Abe has made it clear that he believes it is time that Japan needs to alter Article 9 of the Constitution, which stipulates that the Japanese people "forever renounce war" and that "land, sea and air forces, as well as other war potential, will never be maintained."

Like other conservatives, the prime minister believes that the wording of the Constitution was forced upon a defeated Japan in the aftermath of the war and that it should be altered to reflect the geopolitical realities of today.

And while rewriting the Constitution might be a tall political order - the Japanese public is very attached to Article 9 - there is no doubt that Kim Jong Un's threats have them coming round to Abe's attitude of fighting fire with fire. 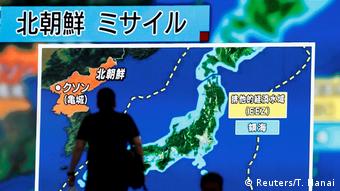 'The threat is real'

"With blanket media coverage of the nuclear test and missile launches, there is a genuine sense among the public here that the threat is real," said Kingston. "And with the opposition lacking a credible alternative for dealing with Pyongyang, the LDP has a lock on security issues," he added.

"It's fair to say that Kim Jong Un has put the wind in Abe's electoral sails this time around."

Analysts point out that Abe's recovery is particularly impressive given that his support rate had fallen as low as 26 percent in late July as he struggled to throw off suggestions that he had used his influence to assist two acquaintances win approval from the education ministry for two separate projects.

There were even suggestions that the prime minister was fighting for his political life.

"He has demonstrated strong leadership in dealing with North Korea to the Japanese people and emphasized the security relationship with the United States," Nagy told DW..

"And Donald Trump has reciprocated, even mentioning in this week's United Nations speech the Japanese nationals who have been abducted by the North Koreans," he added. "That is a very emotional issue to the Japanese and will have played well here."

"Abe has also won support on North Korea from the European Union, which has recently stepped up its sanctions, so he is coming across in a very positive way," Nagy said.

At the same time, Abe has resisted the temptation to both be inflammatory in his responses to the actions of the regime in Pyongyang and not attempted to intercept North Korea's missiles, even when they were flying over Japanese territory.

"That is steady leadership and plays well with the voters, but also with other international partners in the region," Nagy added.

The Defense Ministry in early September filed a budget request of a record 5.26 trillion Yen (39.33 billion euros) for 2018. The request is an increase of 2.5 percent on last year's defense budget and includes outlays on a new missile shield system to enhance existing defenses.

It is unlikely that Abe's government will call on the ministry to pare back its spending, at least until the threat posed by North Korea can be neutralized.