Can green pioneer Costa Rica get citizens on their bikes?

Costa Rica gets 98% of its power from renewables, yet has one of the biggest carbon footprints in Central America. Now, it wants to clean up transport, but can cycling improve its image? 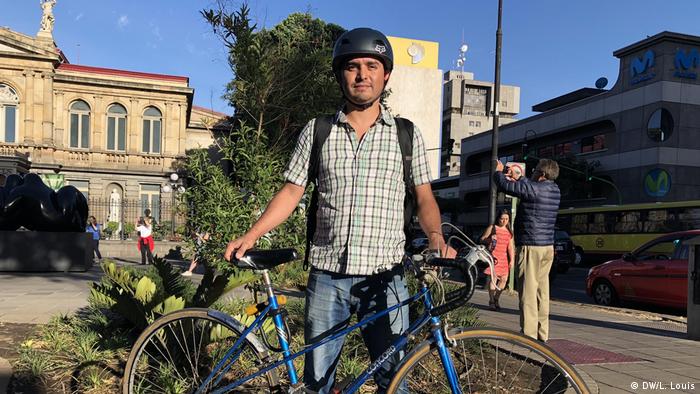 Costa Rica has a proud international reputation as an eco-paradise. Home to more than 500,000 species of plants and animals, it offers tourists the chance to spot tapirs — large pig-like herbivores with stumpy trunks — lethargic three-toed sloths, and vibrant red-eyed tree frogs.

It would be easy to spend weeks touring the country's 28 national parks, which cover around a quarter of the country's territory.

Costa Rica is also a pioneer in renewables, getting 98% of its electricity from hydropower, biomass, geothermal, wind, and solar energy.

And yet, the country has the second-highest CO2 footprint in Central America. That's because it is home to so many cars — 231 per 1,000 people.

That might not sound bad compared to Germany's 561 cars per 1,000 people, or the United States' 756. But it's a higher rate than anywhere else in Latin America except Mexico and Argentina, and transport accounts for 60% of Costa Rica's CO2 emissions.

Costa Rica's capital of San José is blighted by traffic jams. Traveling just a few kilometers by car can take an hour.

And that means terrible air quality too, which the government says has led to a rise in eye and skin disorders as well as respiratory diseases, such as asthma, bronchitis and pulmonary hypertension.

Getting Costa Ricans on their bikes

The government wants to clean up Costa Rica's air and make the country climate neutral by 2050. One way to do both is to encourage Costa Ricans to switch to cycling.

New legislation voted through parliament and planned to come into effect this year, will grant companies tax breaks if they build bike racks and buy bicycles for their employees, and will compel municipalities to build bike lanes into all new roads.

At the same time, bike safety will be declared a national interest and the government will run national information campaigns to make drivers more aware of cyclists. 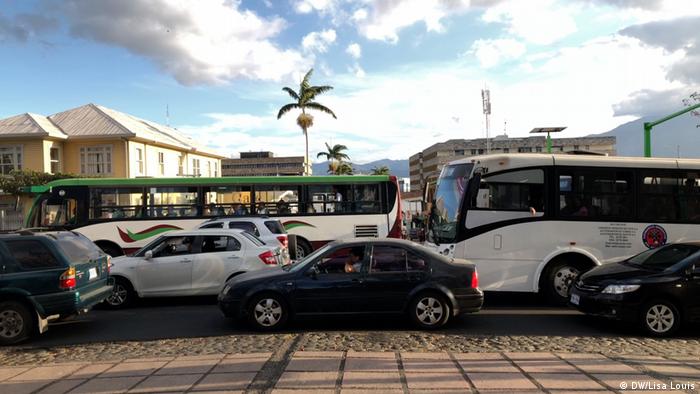 Traffic jams mean short journeys across the Costa Rican capital can take an inordinate amount of time, with cars chugging out emissions that harm both the climate and human health

"Private cars have up until now been one of the main means of transport," she added. "We have kept building new roads over the past 30 years instead of rethinking the system to adjust it more to the needs of pedestrians and cyclists."

Can cycling shed its shabby image?

Herrera has been cycling to work for years. She says one the biggest challenges is changing its image.

"When I first came to work by bike, my colleagues asked me if I had financial problems, if that was why I couldn't take the car," she says. "Cyclists still have the image of being poor." 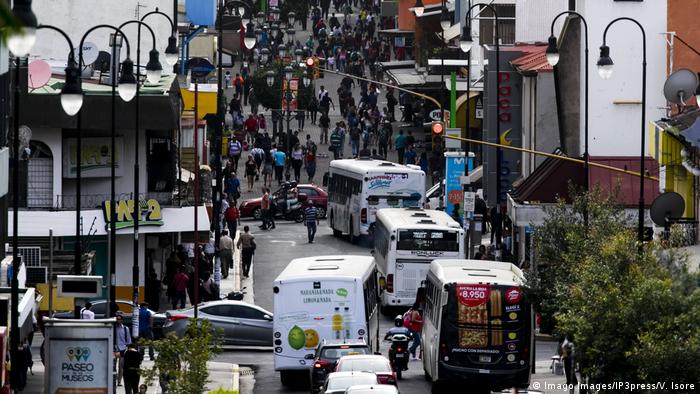 Not a bike in sight - yet

Which is why she wants bicycle ambassadors to improve the image of cycling. People like Erick Solís, who has been riding his bike everywhere for 15 years, and is a member of Ciclistas Urbanos Costa Rica — Urban Cyclists of Costa Rica.

"We have, for the first time, real allies in the government," he told DW. "And international pressure is mounting to bring down our CO2 footprint. People have finally understood that there's real urgency to act."

Yet Solís remains cautious — at least for now.

"There is a lot of bureaucracy and sometimes a lack of political will in Costa Rica, and it can take ages for plans to be implemented," he said. "Some laws voted in the 1990s still haven't come into effect."

But even if the government takes action and Costa Ricans fall in love with cycling, it won't be enough to fix the country's CO2 problem, says Leonardo Merino, who covers transport for the Estado de la Nación, an annual independent review of Costa Rica's social, economic, environmental and political policies. 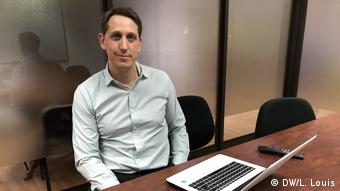 "A lot of Costa Ricans live too far away from the center to come to work by bike," he said, adding that San José has spread outwards, not upwards, over the past 30 years. "That's why it's important to create more jobs in the periphery."

For people living on the city's outskirts, public transport would be the only alternative to private cars. "Except for that it often isn't — it's highly inefficient and unsafe," explained Merino. "Plus, buses and trains are themselves one of the country's main polluters."

The government acknowledges that making public transport cleaner and more efficient — for example by having more electric buses — must be part of its strategy towards carbon neutrality.

But that might take some time. The bus service is contracted out to private companies, and the terms under which they operate are only up for negotiation every six years.

The UN World Tourism Organization likes to cite this Central American country between the Caribbean and the Pacific as a good example of sustainable tourism. Is that justified? DW reporter Lukas Stege investigates. (16.11.2017)