The International Court of Justice has ordered Nicaragua to compensate neighbor Costa Rica for damaging protected wetlands. The ruling is the top UN court's first foray into assessing costs for environmental damage. 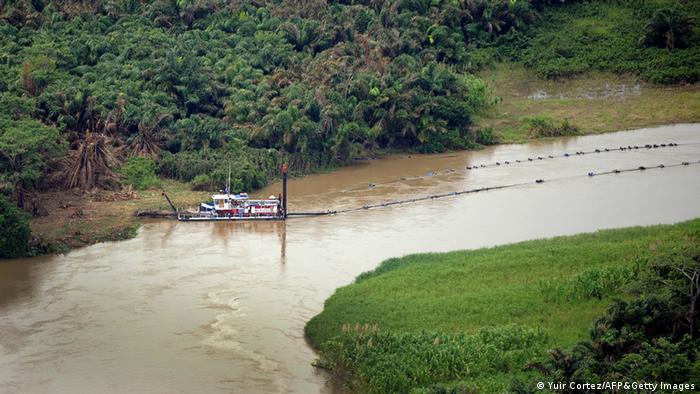 Nicaragua was ordered by the International Court of Justice (ICJ) on Friday to pay nearly $379,000 (€303,000) to Costa Rica for damaging parts of wetlands at the mouth of the disputed San Juan River.

Costa Rica had demanded $6.7 million for the environmental harm done to the wetlands, called Isla Portillos by Costa Rica and Harbor Head by Nicaragua, and to compensate its efforts to restore the area.

The order follows a 2015 ruling of the ICJ in which the court found Nicaragua had violated Costa Rica's sovereignty by establishing a military camp and digging channels near the river, part of a long-running dispute between the two Central American neighbors.

The two countries were told to agree on a sum of compensation within one year. But the neighbors failed to reach a deal, prompting ICJ to step in.

ICJ judges said on Friday that the clearing of hundreds of trees and almost two square miles of vegetation "significantly impacted the site."

Presiding Judge Abdulqawi Yusuf said Nicaragua must pay the $6.7 million by April 2, after which it will incur a higher rate of interest.

The two neighbors have been embroiled in a dispute over the border since an 1858 treaty, which states the San Juan River belonged to Nicaragua, but Costa Rica was given commercial access to the river. The treaty has since been reinterpreted many times.

On Friday, the ICJ is set to demarcate parts of the maritime and land borders between the two countries.

Investing in the rainforest in Costa Rica

The UN World Tourism Organization likes to cite this Central American country between the Caribbean and the Pacific as a good example of sustainable tourism. Is that justified? DW reporter Lukas Stege investigates. (16.11.2017)

Nicaragua has sent thousands of Cubans back to Costa Rica after the US-bound migrants stormed the border, accusing San Jose of sparking a crisis. Cuban influx fueled by rumors US will reverse its liberal asylum policy. (16.11.2015)

Nicaragua moves to join Paris climate accord, isolating US, Syria

Nicaragua has agreed to join the Paris climate agreement, leaving only the US and Syria outside the global pact. As the world gears up for the next climate talks in Bonn, questions surround Washington's plans. (24.10.2017)