How to make the world affordably carbon-free | Environment | All topics from climate change to conservation | DW | 12.04.2019

If the world is to quit coal and gas for renewable energy sources, they have to be reliable and affordable. Is that realistic? Researchers have crunched the numbers and come up with some surprising answers. 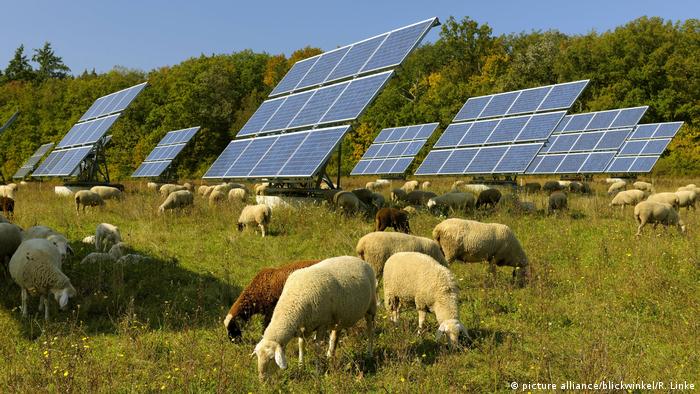 How much sun and wind is available in different areas of the world? How high is the energy demand? How do we set about cutting costs for renewable energies and their storage?

These are just some of the questions put forward by researchers from the Lappeenranta University of Technology (LUT) in Finland and experts from the Energy Watch Group (EWG). They have used their answers to compile the first detailed global energy scenario.

Thestudy, which has just been published, outlines strategies for 145 different regions around the world, with the ultimate aim of reducing greenhouse gas emissions to zero by 2050 — and even save money in the process.

"This energy system costs less than our current one and ensures that global warming remains under 1.5 degrees Celsius (34.7 degrees Fahrenheit)," says study coordinator and Professor for Solar Economy at LUT, Christian Breyer. On average, the renewable energy system would be about two percent cheaper globally.

Titled 'Global Energy System based on 100% Renewable Energy,' the study simulates the most cost-effective energy mix for each region and shows how the energy requirements for electricity, heat and transport can be replaced by renewable alternatives.

Based on its findings, the most important source of energy is solar power (70 percent), followed by wind power (18 percent), biomass (5 percent) and hydropower (3 percent).

The researchers predict an increase in average per capita energy demands and a global population of 9.7 billion people by 2050.

The exact data and calculation models used in the study means it is already possible to plan ahead for the future.

"For each country, we can now plan how to ensure 100 percent renewables in all energy sectors and pinpoint what the best technical and economic mix would be," Hans-Josef Fell, co-author and President der Energy Watch Group (EWG) said.

"In Israel, for example, the study and the available data show that the country almost only needs solar cells and batteries to meet its energy needs. It's a similar story for many other countries along the global sun belt," Fell told DW.

"Based on the programs we have created, we can now provide specific advice and recommendations for a climate-friendly energy supply."

Sourcing heat and fuel from electricity

Switching to renewable energy is technically already possible and in certain sectors, even profitable. Prices have fallen rapidly in recent years — especially for solar and wind technology. The researchers assume it will only become cheaper in the future.

Gas and oil could eventually be completely replaced by various energy storage technologies, as well as the production of synthetic fuels from electricity through electrolysis.

"It's no longer a question of technological or economic viability, but a matter of political will," Breyer told DW.

More jobs thanks to new technology

The exit of coal, oil and gas will inevitably lead to job losses in the fossil fuel industry. However, employment opportunities are also emerging alongside new technologies.

"We need a lot of factories for the large quantities of solar cells and batteries, but new jobs are mostly linked to the operation of many decentralized solar systems and wind farms," says Fell.

Overall, the researchers expect the number of jobs will significantly increase by 2050.

"The science is in that a transition to 100 percent clean, renewables for all energy is an achievable goal throughout the world," Mark Jacobson, a professor of environmental engineering at Stanford University in California told DW.

"This new paper reaffirms this fact plus it shows it is possible to avoid 1.5 C global warming by getting to zero net greenhouse gases emissions by 2050 without negative emission technologies, fossil fuels with carbon capture, or nuclear power, yet at an affordable cost," 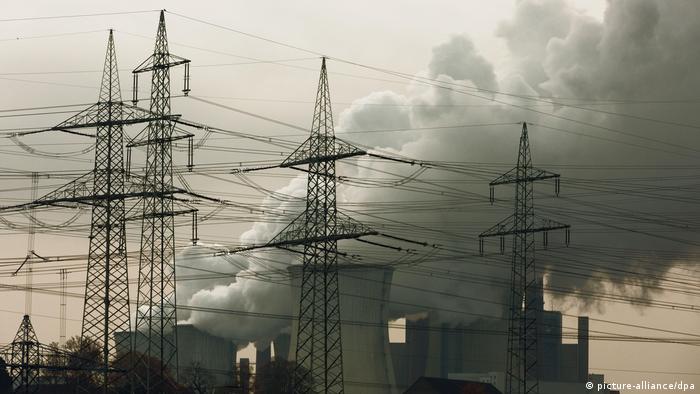 The past in the making?

Energy economics expert Professor Claudia Kemfert from the German Institute for Economic Research (DIW) says the study shows that "impressively that a secure and cost-efficient energy supply to achieve the Paris climate targets with 100 percent renewable energy is not only technically possible, but also economically profitable."

The authors of the report recommend fixed rates of compensation when it comes to the production of renewable energies.

Further steps would include removing subsidies on fossil fuels and nuclear energy, as well as taxing 'dirty' technologies.

Fell and Breyer believe that achieving climate neutrality in the energy sector by 2050 is feasible — but that it should be done as soon as possible.

"This would allow us to limit future damage to the climate significantly," Breyer says.

Germans broke new ground in 2018 by receiving more electricity from "green" energy sources than from coal power plants, a new study said. But experts warn that Berlin could still miss its energy goals for 2030. (03.01.2019)