A floating photovoltaic power plant at the Kruonis hydroelectric facility in Lithuania is the first of its kind in the Baltic region. The market is growing worldwide, and smaller countries like Lithuania can benefit. 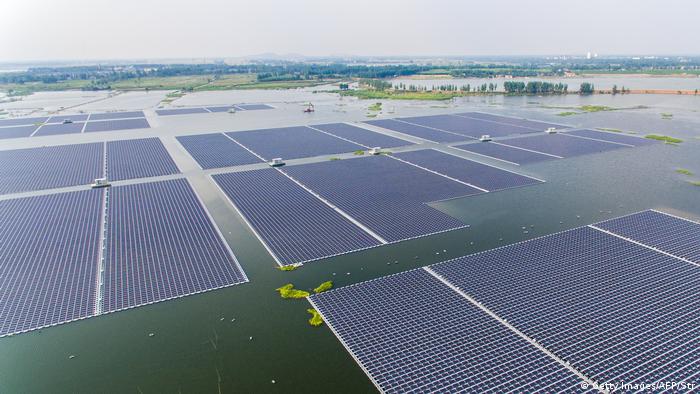 The first stage of the project is scheduled to be completed by the end of 2021. State-owned enterprise Lietuvos Energijos Gamyba (LEG) will be developing the project with scientists from Kaunas University of Technology (KTU).

LEG and KTU plan to install the experimental 60-kilowatt (kW) plant in the upper reservoir of the Kruonis plant. The full capacity is projected to reach 200-250 MW and will triple currently installed solar power capacity in Lithuania. LEG said in a statement the plant would generate enough electricity to supply 120,000 households.

"The floating solar power plant at Kruonis is one of the ideas that could help Lithuania to become an international leader in renewable energy solutions," said Darius Maikstenas, chairman and CEO of LEG.

"Being the first of its kind in the region, this project provides us with a great possibility to become a leader in renewable energy technologies and promote Lithuania in the international R&D community," said Dominykas Tuckus, development and infrastructure director at LEG.

According to Saulius Gudzius, professor of the electrical and electronics engineering faculty at KTU, the project is unique.

The solar plant structure will be designed to resist waves and ice and to adjust to water level variations, he says. There are approximately 400 such plants in the world and most do not exploit their reservoir areas.

"Even though the market of floating solar power plants has been recently expanding, there is no solution for the operators of the plants that freeze over during winter," said Eugenijus Valatka, rector of KTU.

In a November 2018 World Bank report, the current global capacity for floating solar was calculated at 1.1 GW. The report estimated that the market could potentially harbor up to 400 GW worth of "floatovoltaic" capacity. According to the report titled "Where Sun Meets Water", floating solar is particularly promising for the fast-growing economies of Asia, and interest has been high in places like China, India, and Southeast Asia.

Over 65 percent of existing floating solar capacity in Europe is in the UK, which is also home to the highest number of projects. The Netherlands is in second place with just seven projects.

The solar project in Florianopolis

"Floating solar passing the 1 GW milestone is very impressive, considering it came from just 10 MW in 2014," said Kristina Thoring, the communications director at SolarPower Europe. "It is now a proven market sector, and we expect to see many more floating solar projects in Europe and the world in the coming years."

What is floating solar?

Floating solar is any sort of solar array that floats on top of a body of water. It is a comparatively new concept, with the first patents registered in 2008.

Solar panels need to be affixed to a buoyant structure that keeps them above the surface, most likely located in a lake or basin because the waters are calmer than the ocean.

This technology has seen fast growth on the renewable energy market since 2016 — in 2017 it surpassed 200 MW of installed power.

There are several advantages to installing a floating solar array versus more traditional projects:

The biggest advantage is that they do not take up any land, except the limited surfaces necessary for electric cabinet and grid connections.

They are more compact than land-based plants, their management is simpler and so are their construction and decommissioning.

The floating solar panel structure shades the body of water and reduces evaporation, which is beneficial in areas susceptible to drought. The shade provided by the panels helps reduce the presence of algae blooms in bodies of freshwater.

Some studies claim  there is a significant improvement in efficiency using floating solar technology.

According to the Solar Energy Research Institute of Singapore (SERIS), floating panels are more expensive to install, but are up to 16% more efficient.

Floating solar also has the benefit of working well with other projects — whether hydropower projects or agricultural systems.

As indicated above, floating solar installations are more expensive than more traditional solar panel installations, because this is a new technology that requires specialized equipment. But the costs of installiation are expected to drop as the technology advances.

It's yet unclear how the installations affect local wildlife. "This gap in our understanding is important to reconcile as floatovoltaics' have enormous technical potential," Rebecca Hernandez, an assistant professor of earth system science and ecology at the University of California, Davis, told NBC News.

A reservoir not far from London has been fitted with 23,000 photovoltaic panels to make it the world’s largest floating solar farm. The site generates enough power to run the local water treatment plants for decades. (19.09.2016)