Can Germany′s heirloom apple varieties be saved? | Environment| All topics from climate change to conservation | DW | 22.01.2016

Germany has thousands of kinds of apples - but due to changes in farming and lifestyle, many are at risk of disappearing forever. A network of experts is trying to preserve rare and ancient, specially adapted varieties. 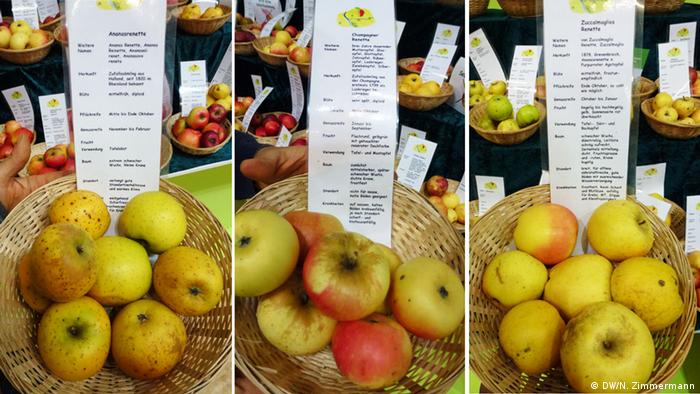 Apples are among the world's favorite fruits - and at any given moment, you can walk into your local supermarket and buy any of a few kinds of apples. But there are in fact many more varieties.

"Germany has between 3,000 and 5,000 different apple varieties," botanist Barbara Bouillon told DW at Green Week, the world's largest agricultural and food-industry fair, held every January in the halls of Berlin's enormous trade fairgrounds. "But a lot of the older varieties are getting lost, because the commercial food industry doesn't need them."

Pictured above are three of her favorite heirloom varieties: the Ananasrenette, Champagner Renette and Zuccalmaglios Renette.

Some were good for cooking or baking, others for making apple wine - still others as dessert apples. Some stored well, keeping fresh for months in cool basements; others had to be processed quickly, or they'd bruise and rot.

Different varieties ripened at different times of year - from mid-summer to late autumn - providing villagers with a varied supply of fresh apples for about half the year. 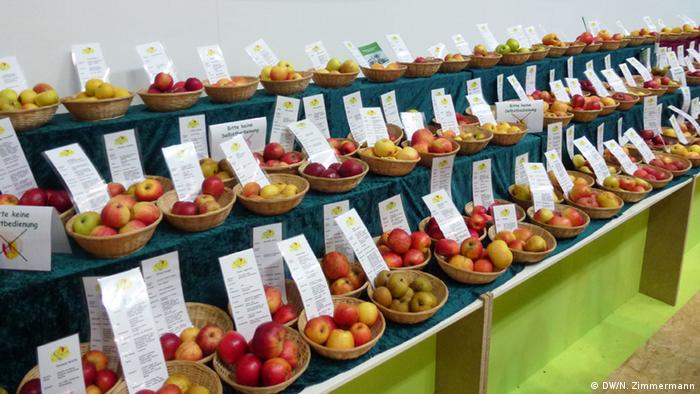 But this diversity of apples has waned under industrial agriculture, Bouillon said. "Commercial growers today select for apple varieties that are sweet, red, and firm-fleshed, in order to cater to standard high-volume consumer tastes." They also prefer varieties that tend to grow to similar size, for ease of packing, she added.

"In the past, most German towns and cities had orchards planted all around them, on land that belonged to the community," Bouillon explained. "Cows or sheep grazed underneath the trees, and people were free to pick the fruits when they became ripe."

But these days, she said, "Most of those common lands have been turned into suburbs, and the trees are gone." Destruction of the remnants of ancient orchards is ongoing, contributing to loss of heirloom varieties.

Bouillon would like to see more planting of heirloom fruit and nut trees and bushes on urban green spaces, to compensate. Demonstration farms and orchards could also be set up, as resources for local schools - and as places to plant and preserve rare varieties. 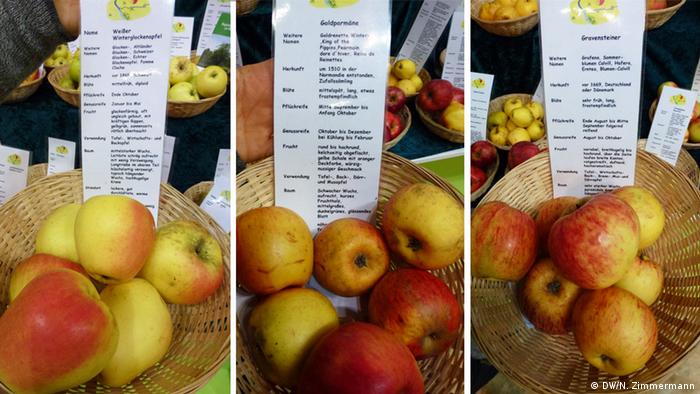 Herbert Claes worries about potential costs for such programs. Setting up demonstration farms, in particular, would be far too expensive for his available budget.

Claes is head of the municipal green spaces department in Potsdam, a city southwest of Berlin graced with several large urban parks.

"We don't plant fruit trees along roads, because they'd make a mess," Claes said. "Often people don't actually pick the fruit from urban trees, and it would end up falling on roads or parked cars." That would violate the German penchant for tidiness.

Claes also had a response to the suggestion that urban parks in areas away from streets could be used to plant orchard trees for the public to harvest fruit from.

"We tried it in Potsdam's historical Alexandrowka orchards, which have hundreds of heirloom apple and pear trees," he said. "We invited the public to harvest from them - it didn't go well. People would climb trees to get up to the topmost apples, and break branches." So the experiment was ended. 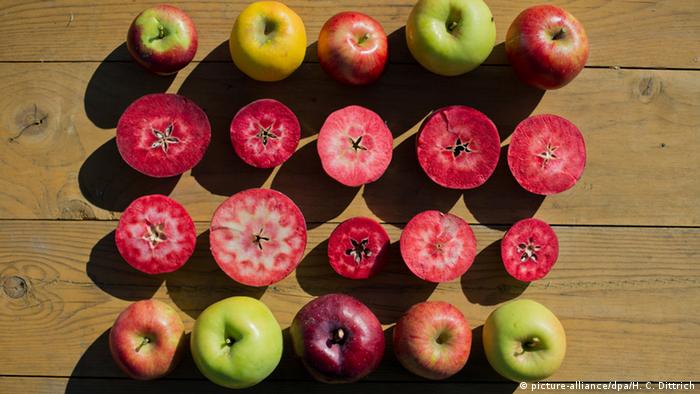 Potsdam still has common-property orchards, he noted, in suburbs like Marquart. "We're keeping those orchards and maintaining them, replanting new fruit trees as needed."

The city also has a program with local residents willing to be volunteer gardeners, or "urban farmers," on municipal green spaces directly in front of their houses or apartments.

One good reason to keep heirloom varieties alive is their resistance to disease. 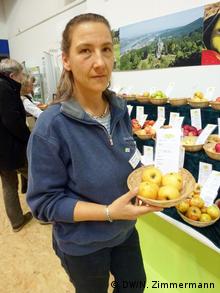 Heirloom apple species have been used to improve disease resistance in commercial apple production, Bouillon said. "Some years ago, botanists found a single gene that conferred resistance to one of the most important fungal infections in a variety of apple, and so they cross-bred it into various commercial varieties."

That worked well for a few years - until the fungus mutated to overcome the defense conferred by that single gene. Then scales starting appearing on the apples again.

But some ancient varieties have been fungus-free for hundreds of years, the pomologist said - most likely because their resistance was based on multiple genes, and not just one.

Another benefit of apple preservation is that some ancient varieties have unique aromas and flavors. By crossing aromatic heirloom apples with newer commercial varieties, pomologists can develop interesting new variations.

Hobby gardeners can enjoy the unique flavors of heirloom apples by planting them in their gardens. Ulrich Kubina, head of the German Association of Pomologists, said hobbyists can buy ancient varieties from specialist nurseries, and the association has organized a network of planters committed to making cuttings available to each other. 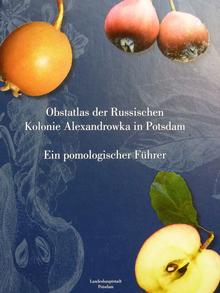 Botanically, apples are members of the rose family, along with plums, apricots, peaches, cherries, quinces, pears, and of course a great variety of wild and cultivated roses.

Apples were probably introduced to Germany during Roman Empire times. Modern cultivars are all derived from a wild species called Malus sieversii that grows in Central Asia and the Caucasus.

Apples have been cultivated for thousands of years in Persia, Greece, Armenia and other countries in the region - even in ancient Babylon. It's among the world's most popular fruit.

So the next time you bite into an apple, perhaps consider that its complex lineage dates back to long before Roman times.

And know that the more heirloom varieties orchardists maintain, the greater the genetic library they'll have from which to generate new seeds, new varieties, new tastes - and new resilience for this long-cherished fruit.

What Germany's eating these days

What do Germans most like to eat? The German Ministry of Food and Agriculture wanted to know and asked a cross-section of Germans. The 2016 Nutrition Report had a few surprises in store. (13.01.2016)