Beyond the herb garden on the balcony, some Berliners have taken the next logical step and started foraging for food. And, as it turns out, there's much more to it than killer mushrooms and chestnut fever. 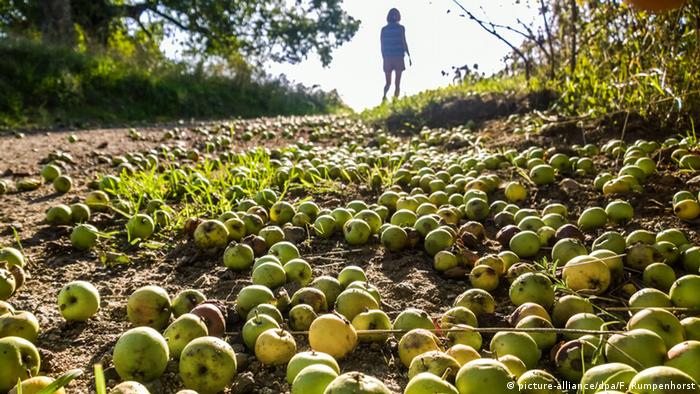 We were strolling through a park in central Berlin when my four-year-old son ran over to a small apple orchard, sprouting from what was once the death strip between East and West Berlin. Once a scene of almost unimaginable horror, it is now a pleasant green patch where kids lark about and people stroll unhurried with their groomed canines.

Under the trees my son suddenly - and somewhat bountifully - began shoving fallen apples into his rucksack. "Stop," I whispered sternly in a mild panic (with a liberal dash of chagrin). "They don't belong to us. Put them back!" He emptied the loot back onto the lush autumn grass and skulked off. I didn't think anything more of it until, a day or two later, he posed the question: "Who do the apples belong to then?"

It was the sort of question every parent dreads: the sort you can't answer. "They must belong to someone," I reasoned. "But who?" he pressed. I finally relented: "Let's go find out."

We walked down to the adjacent kids' farm - where inner city whippersnappers go to get their rural fix, being led around on horses, spoon-feeding goats and generally getting grubby - and asked them if they knew. "They're wild," a man told me. "Someone planted them after the Wall came down. They belong to no one, or everyone - whichever way you want to look at it."

That afternoon I took my son back with a small stepladder in arm and filled a sizeable basket. For the next week it was apple tart for breakfast, lunch and dinner. Needless to say, apples where off the menu for a while following that binge.

Breaking out of the vege patch

The experience piqued my curiosity. Having grown up in a society delineated by supermarket isles and dreaded checkout queues, was there some parallel world where food was not only free but freely available in the wild? 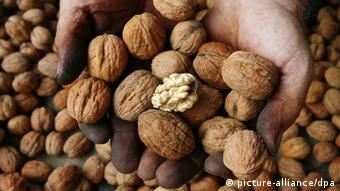 A grungy metropolis, Berlin hardly gives the impression of being a natural food basket. To the naked eye at least, the only thing growing in this city's barren sands are bottle-tops, broken glass and the odd pair of discarded underwear. But venture a little further beyond the dens of debauchery and a very different city reveals itself: one brimming with delicious life.

Allotment gardening of course has a proud tradition in Berlin. On the fringes of the city you'll find huge swathes of "Schrebergarten" allotments, where apartment-dwellers spend their weekends tending to their vegetables, suntans and keeping their garden gnomes company.

Community gardens are also becoming more prevalent - with dilapidated blocks being reborn with fruit trees and kaleidoscopic vegetable patches. And on a hill in Prenzlauer Berg - a manmade mound constructed with the rubble of World War II, in the local the "People's Park" - locals have even planted grapes and started bottling their own wine (the Berliner Riesling), which they gladly share for a small donation to help with the vineyard and winery's upkeep.

Beyond that, the guerilla gardening craze of a few years ago took firm root here - with residents claiming back curbsides and median strips for growing vegetables and herbs (not all of them legal…). Foraging, it seemed, was the next natural frontier.

Pick of the crop 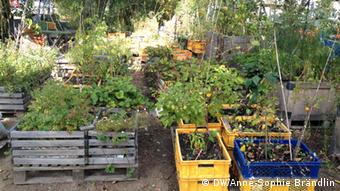 Claiming back: A community garden in Berlin

What began innocently - first apples, then hoarding fallen chestnuts from Berlin's storied Prater beer garden - has since developed into a mild obsession. For, as it turns out, Berlin - and its immediate surrounds - is brimming with tasty native treats, free for the taking.

Walnuts, pears, sorrel, mulberries, raspberries, blackberries, blueberries, bishop's weed, cherries, buckrams, yarrow leaves, wall rocket and leeks - it's a veritable breakfast buffet out there. There're elderflowers for making homemade cordial or even wine, and birch trees to tap for sap, which can be used for drinking and flavoring.

And then, of course, there is the king of the forest: the mushroom. Morsels, chanterelle, bay boletus, puffballs...the list is as long as it is mouthwatering.

Mushroom gathering doesn't come without its risks however, and digesting a toxic death cap mushroom (amanita phalloides) can be fatal. Indeed, the recent influx of refugees to Germany has seen a profound rise in the number of people being taken ill - and even dying - after ingesting such deadly fungi. Most recently, mushroom toxicity resulted in the death of a 16 year old Syrian refugee near Münster.

While seemingly incompatible on the surface, foraging is very much a natural fit for the Berlin zeitgeist. While there is a rapidly developing food culture in the city (spearheaded by an influx of visionary chefs and entrepreneurs), Berlin's protestant roots still run deep - a tradition where austerity rules over gluttony.

And while sheeny bio supermarkets and health superfood stores pockmark the otherwise gritty terrain, stroll beyond the neon lights of Berlin's middle-class kernel and its "real" food culture still very much befits its protestant zeitgeist. Food is there to give you sustenance - pleasure is merely consequential. 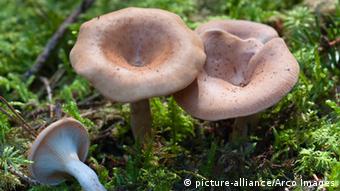 "What can you expect?" the elderly lady who lives downstairs in our apartment block tells me, as I offer her a bulging bag of walnuts from our day's scavenge near Wannsee. "We were destroyed by two world wars. There was no time - or money - for food."

Out in rural Brandenburg, near the charmed village of Werder, my son and I were having a tough time finding edible mushrooms. The current autumn has been unseasonably dry and warm, and the forest is yet to fully reveal its precious crop. "I'm bored," he complains, kicking at a birch tree. "And hungry!"

Suddenly a large brown hare bounds from the bushes and stops frozen in front of us. Clearly triggering his sensory memory of a recent rabbit ragout, my son licks his lips and looks up at me with those big inquisitive eyes: "So who owns the hares then?" I shoo the hare off to safety, and herd my son out of the forest and back to the nearest currywurst stand, feigning as if to have forgotten he ever even asked.

R.I.P. Berlin: Face your ghosts and tour the city's cemeteries

With 224 graveyards, Berlin is one of the world's leaders in terms of final resting places. As a new guidebook shows, a stroll through a few of the capital's cemeteries is a great way to take in some urban history. (28.10.2015)