Can China stop rare earths exports to the US? | Business | Economy and finance news from a German perspective | DW | 05.06.2019 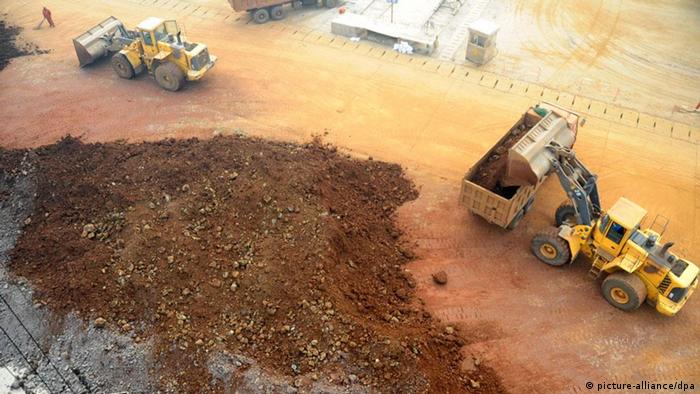 The increasingly rancorous trade dispute between the world's two largest economies has now turned the spotlight on a group of metals known as rare earth elements.

US Commerce Secretary Wilbur Ross said on Tuesday that a new report designates 35 elements and compounds as "critical to the economic and national security" of America, including uranium, titanium, and rare earths (REE).

"These critical minerals are often overlooked but modern life without them would be impossible," Ross said. "Through the recommendations detailed in this report, the Federal government will take unprecedented action to ensure that the United States will not be cut off from these vital materials."

It comes after China's top economic planner said it is studying whether to impose export controls on the materials.

"According to expert suggestions... We must strengthen export controls and establish a traceability and review mechanism for the entire process of rare earth exports," the National Development and Reform Commission (NDRC) said in a report.

The measures are aimed at reducing unlicensed mining and smuggling of the critical materials, and to help China's rare earth industry move up the value chain, the NDRC added.

Just how important are rare earths?

Despite what their name implies, rare earth elements aren't particularly rare and are moderately abundant in the earth's crust, some even more abundant than substances like copper, lead, gold, and platinum.

However, they are seldom found in high concentrations to be extracted economically. And their production is dominated by a handful of countries.

In total, rare earths comprise a relatively abundant group of 17 elements, including the 15 lanthanide elements on the periodic table, plus two other related elements, scandium and yttrium. Rare earths are typically divided into two categories according to the separation process: light rare earths and heavy rare earths.

The rare earths' unique physical and chemical properties have made them an integral part of modern life. The metals are essential ingredients in all kinds of high-tech goods, including smartphones, laptops, hybrid cars, wind turbines and solar cells, among other things. There are important defense applications as well, such as jet fighter engines, missile guidance systems, antimissile defense, space-based satellites and communication systems.

World demand for rare earth metals has seen a rapid rise over the past couple of decades. And with continued global expansion of the consumer class, particularly in places like China, India and Africa, demand will continue to grow, say experts.

The United States was once self-sufficient in rare earths, but over the past two decades China has emerged as a dominant player in their production. China now accounts for almost 70% of global production and 40% of the world's reserves, according to data from the United States Geological Survey (USGS). Deposits of rare earth metals can also be found in countries like Canada, Australia, the US, Brazil, India, South Africa and Russia.

China's dominance of rare earths production came at a heavy environmental and social cost. Their mining involves environmental and human health hazards, as all rare earth metals contain radioactive elements such as uranium and thorium, which can contaminate air, water, soil and groundwater.

"China invested in rare earth research and development from very early following the establishment of the People's Republic of China, first in collaboration with the Soviet Union, later independently in the context of its nuclear and weapons development program," Julie Michelle Klinger, assistant professor of international relations at Boston University and an expert on rare earths, told DW.

"In the 1980s, when policy changes in the West and in China enabled industrial interests to relocate to places offering the cheapest labor and most lax environmental regulations, Western rare earth supply chain firms gradually relocated to China," she explained. "But because China had the domestic expertise and industrial infrastructure, this enabled the industry to locate relatively easily." 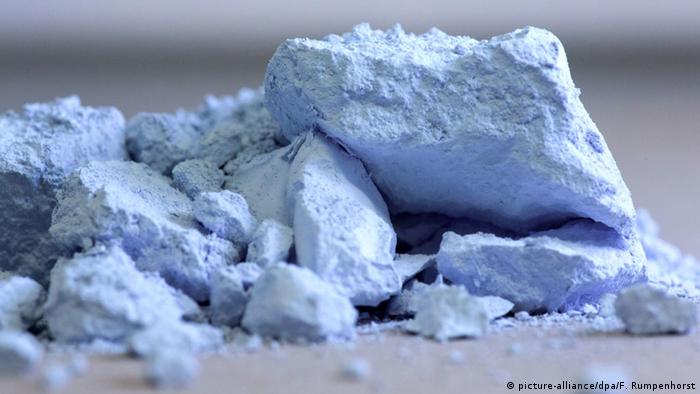 Given its stranglehold on the global supply of rare earths, some in China seem to view the metals as a bargaining chip in the ongoing US-China trade spat. In recent days, reports have appeared in Chinese media imploring Beijing to consider curbing exports of rare earths to the US.

China's People's Daily said recently that it isn't hard to answer the question whether China will use the elements as retaliation in the trade war. "Will rare earths become a counter weapon for China to hit back against the pressure the United States has put on for no reason at all? The answer is no mystery," the ruling Communist Party's newspaper said.

Another Chinese newspaper, Global Times, said last week an export ban on rare earths "is a powerful weapon" if used in the trade war. "Nevertheless, China will mainly use it for defense. It is not the first choice of China's offensive weaponries," it added.

Since Xi's trip to the facility, the export prices of an array of rare earth elements have rallied strongly.

Read more:China: A loan shark or the good Samaritan?

Observers say any Chinese restrictions on exports of rare earths could potentially create supply chain disruption for some key manufacturing industries. But they also add that Beijing may be reluctant to resort to this move as supply disruptions could cast doubt on China's reliability as a supplier and prompt countries worldwide to accelerate moves to diversify the sources of their rare earth supply.

Moreover, the restrictions may prove ineffective to do much damage to the US economy. "The US government has built up strategic stockpiles of critical rare earths for its defense industry, and private sector firms also maintain some inventories of such critical rare earths materials," Rajiv Biswas, APAC Chief Economist at IHS Markit, told DW. "Over a 1-to-2-years timeframe, new rare earth projects can be brought into production in other countries if Chinese rare earths supply disruptions persist," he added.

Revival of US rare earth industry?

The fear of losing access to these critical materials already appears to push the US to revive its rare earth industry.

In December 2017, US President Donald Trump signed an executive order — entitled "A Federal Strategy to Ensure Secure and Reliable Supplies of Critical Minerals" — to reduce the country's dependence on external sources of critical minerals, including rare earths.

It has resulted in accelerated exploration and development of rare earths production in the US. Australian rare-earth mining firm Lynas announced in May that it would be expanding into the US market by setting up a rare earths processing plant through a joint venture with Texas-based Blue Line Corporation. The companies said the facility will be the only large-scale producer of separated medium and heavy rare earths outside China.

The US's only rare earths mine, the Mountain Pass mine in California, is already mining rare earths but ships 50,000 tons of rare earths to China for processing and separation, said Biswas. "Processing facilities are currently being built at Mountain Pass and should be completed by 2020."

The expert cited Japan as an example of how countries may try to diversify their sources of rare earths supply. Japan has been reducing its dependence on rare earths from China since a bilateral diplomatic tiff in 2010 led to some temporary supply disruptions. Tokyo is also channeling money into finding substitutes.

No end seems to be in sight for the bitter trade spat between the US and China, as Beijing's retaliatory tariffs on US goods kick in. China now plans to create a blacklist of "unreliable" foreign firms. (31.05.2019)