Kevin Volland's brace against Paderborn got Leverkusen off to a winning start in 2020, but the striker continues to struggle to get enough recognition for his efforts. A return to the Germany team is unlikely. 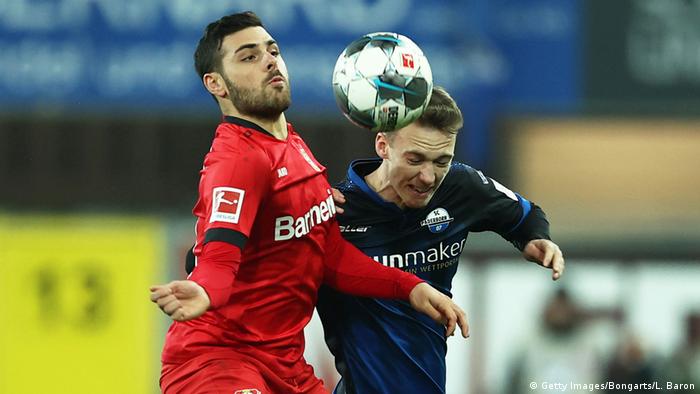 This was a typical performance from Kevin Volland - busy, tireless, instinctive. His first header was superbly taken, his second the kind a striker should feast on. The 27-year-old missed chances in the first and second half to score a hat trick, but delivered the pass before the assist to quash Paderborn's hopes of a comeback as Leverkusen ran out 4-1 winners.

A brace to beat the worst team in the Bundesliga isn't a hat trick off the bench on your debut though, nor is it a brace to keep your side top of the table. The striker who scored 14 and assisted 12 last season suffers from not being spectacular in an age of football that so often demands more than just scoring.

The former Hoffenheim man scored regularly in the first half of this season, albeit never more than once in a game. The brace on matchday 18 was a welcome change though. It was the striker's first two-goal game since March of last year, the first time he's scored two goals with his head in a game and the fastest double of his career (two minutes and 37 seconds). He is on course for his third straight season of scoring 10 or more goals.

Solid but not spectacular

And yet Volland remains the afterthought striker, the player often forgotten when listing talented German strikers. Perhaps it's because he lacks the spectacular scoring ability of others, perhaps it's due to his inconsistency, but maybe it's also because his career, while solid, has not been what it might have been. Once a member of a promising attacking duo with Roberto Firmino in Hoffenheim and touted as a possible solution to Germany's striking problem, Volland enters 2020 with a modest scoring record across his career. In short, it's hard not to think of what kind of player Volland might have been. 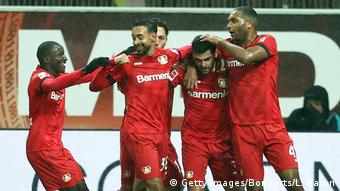 Volland is a popular figure in the team

Granted, he has suffered from things beyond his control. His first year at Leverkusen was tough, he was involved with the Germany team during an era of mass denial about the need for transition, and although not falling foul to any major injuries he has suffered from one or two along the way. In many ways playing for Leverkusen, a club famous for its perennial ability to not quite deliver on its potential, is fitting for Volland.

There's been enough clamour about the forward deserving not only more recognition but also a recall to the Germany squad. And there is a case to be made that the once Germany U21 team captain and now vice captain of Leverkusen is exactly what the Germany team needs. Solid, tireless but experienced, the softly-spoken but funny Volland is a man for the team; a back-to-goal striker who makes up for his lack of height with plenty of presence.

"To play for Germany in a major tournament would be the highlight of a career," Volland said after the win in Paderborn. For Volland to ensure his 10th Germany appearance back in 2016 is not his last, the striker needs a bit of luck and a few more highlights.

The Bundesliga started a new decade of football with fantastic goals and plenty of drama that sets up excitement at both ends of the table. Get all the latest from Germany's top flight. (19.01.2020)

Germany's Chancellor Olaf Scholz is pushing forward a discussion he has personally fueled. Scholz has called for equal pay for men and women soccer players on German national teams. Currently the women's team is paid far less than the men's.