Brits roll up their sleeves to tackle plastic pollution | Environment | All topics from climate change to conservation | DW | 23.02.2018

Brits roll up their sleeves to tackle plastic pollution

Concern over plastic pollution is gathering momentum at a startling pace in the UK. But behind headline-grabbing gestures from government, citizens are taking the problem into their own hands. 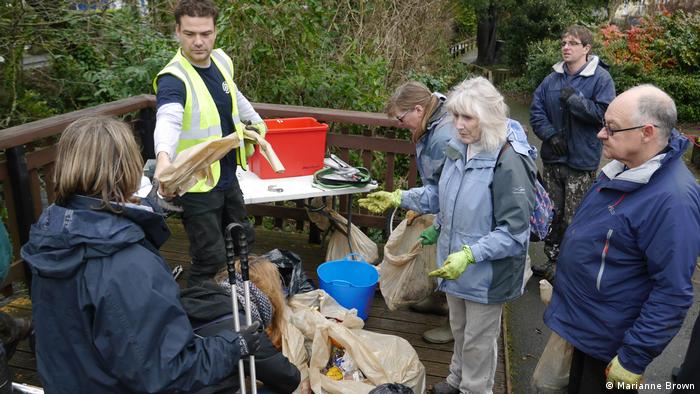 Alongside the swollen torrents of the River Erme, which runs from Dartmoor through the small town of Ivybridge in southwest England, around 60 locals are braving the drizzle to pick up litter. Many of the volunteers are part of a newly formed group called Plastic Free Ivybridge, which is trying to raise awareness of single-use plastic.

They have already encouraged the local council to work towards gaining "plastic free" status for the town. This, according to the group's founder, Tim Poate, involves convincing residents and businesses to cut out things like plastic straws, coffee stirrers and plastic bags. Poate says he hopes to have businesses on board "within a couple of years."

"I'm a coastal researcher at Plymouth University," Poate told DW. "I spend a lot of my time on the beaches doing coastal research looking at beach morphodynamics, so because of that I get to see firsthand the impact of plastics moving down the river to the coastline."

The scourge of plastic pollution has become headline news. 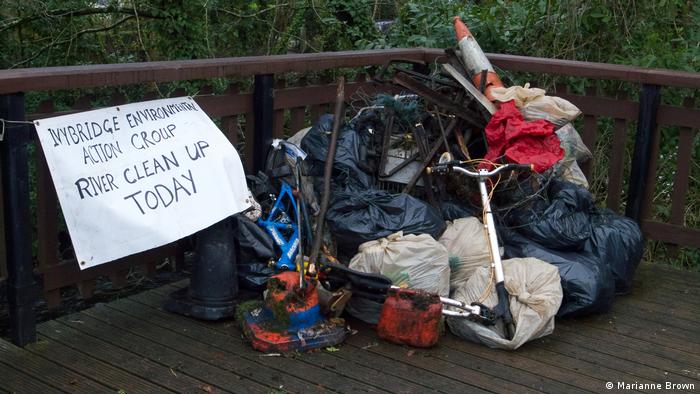 Around 12 million tons of plastic enter the oceans each year at a cost of at least $4.7 billion to the consumer goods industry alone, according to research published in 2016.

The BBC's "Blue Planet" television series, presented by revered veteran broadcaster David Attenborough, has highlighted the horrors of plastic in the marine ecosystem to a broad audience.

It isn't just town councils that are paying attention. In January, the British government in Westminster announced a 25-year environment plan, which includes the goal of eliminating avoidable plastic waste by 2042. Celebrated by some, the plan was also widely criticized for lacking legislative bite, with no plastic-bottle tax or bottle deposit return scheme.

Mother-of-two Jennifer Harris has decided to take action herself, and has earned the nickname "plastic-free Jen" for her efforts to cut plastic waste in the home.

Harris runs a cloth diaper group in Devon's capital city of Exeter and uses her Facebook page to share tips on how to cut down plastic waste in the home. This year, she has been nominated for Recycle Devon's People's Choice Award for local heroes who promote recycling. 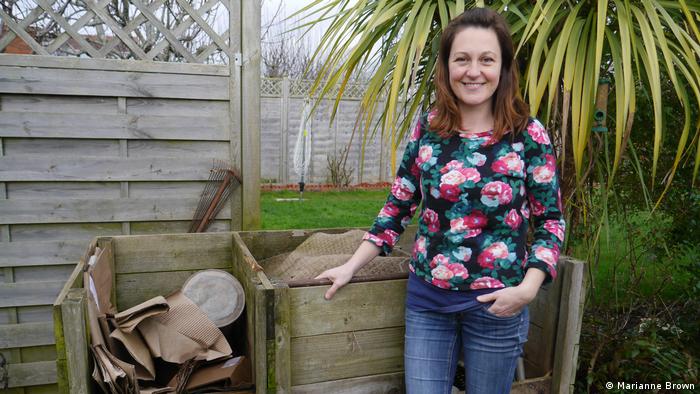 Finding alternatives for some items – like toothbrushes – can be difficult, and she admits there are some packaged foods her family just can't give up. But it does make her more creative.

"Our downfall is crisp packets," Harris told DW. "We like crisps. I try to buy one big packet and decant those for the kids so they can take them to school. I'll use that big crisp packet as the bin bag. Potentially, we get through one big crisp packet per week. The thing that comes on the top of the milk, butter foils, crisp packets, food waste. That's it."

As well as simply avoiding single-use plastic, Harris recommends consumers contact the marketing staff at supermarkets and other businesses and pressure them to cut back on avoidable packaging. But if you can't avoid it, recycle it, she says.

Simon Hill, Cleansing and Fleet Manager for Exeter City Council, says recycling has "hit a bit of a plateau" in Britain. 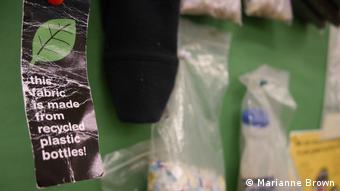 "There was a lot more government support and ambition for recycling 10 to 15 years ago," he told DW. "If you go back a decade or so in Britain we were recycling less than 20 percent of our waste. Now we're getting up to 40 to 50 percent, so the government did support that major step forward. We reached a level about three, four years ago and we've not really moved forward from that."

This is partly because local councils are struggling for funding anyway, he adds. "It's hard to justify getting a lot more recycling facilities when we're not really able to increase our budget."

Commenting on the government's environment plan, Caroline Lucas, joint leader of the UK's Green Party, pointed to another problem: She said recycling rates are lagging because councils are told there isn't an end market for recycled material.

Unlike many other councils, as well as collecting material in recycling bins, Exeter runs its own reclamation facilities. Every year, a recycling facility on the outskirts of the city processes 9,000 tons of waste, around 13 percent of which is plastic. The council makes around £1 million – about $1.4 million – selling sorted recyclable materials on to reprocessing businesses. 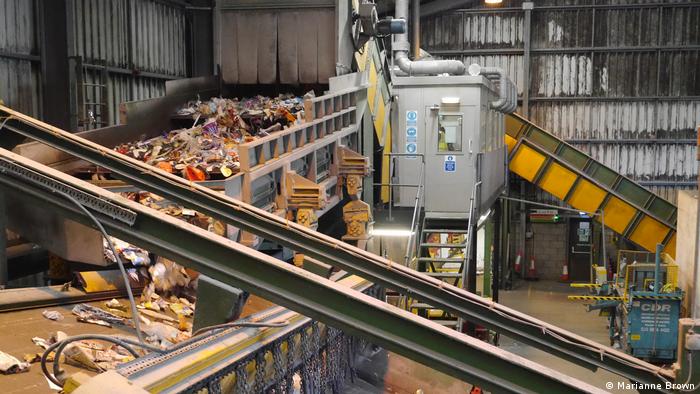 Matt Hulland, operational manager at the recycling center, welcomes the new surge in public awareness, but says it's not enough.

"There aren't enough mills that can process it. That's why it's exported, whether it be to Europe or the Far East," he told DW. "When you're looking at the circular economy package, rhetoric is great, plans are great, but the UK needs to put its money where its mouth is."

The rest of the Europe is revising its directive of waste processing to include a target of recycling at least 70 percent of household and municipal waste by 2030, and make producers responsible for what happens to packaging and electronic waste.

But with Brexit looming, it’s unclear whether the UK will adopt these rules.

He's not the only one. As citizens do their bit, there is ever-more pressure on policymakers and big business to step up, too.

Do you know plastic?

Today, plastic is literally everywhere. It's wrapping our food, contains cosmetics, it piles up on beaches, streets and even in the oceans. Change is urgent, here's why. (23.01.2018)

On the heels of the EU plastics strategy, which includes making plastic packaging recyclable by 2030, DW spoke with the environment minister of Sweden, who has pushed for stronger measures to manage plastic waste. (17.01.2018)