B(R)ICS states stick together in Crimea crisis | World | Breaking news and perspectives from around the globe | DW | 06.04.2014

The US and Europe are maintaining a clear position: they've condemned the Crimea annexation by Russia. But what do Russia's BRICS partners Brazil, China, India and South Africa think of the Crimea crisis? 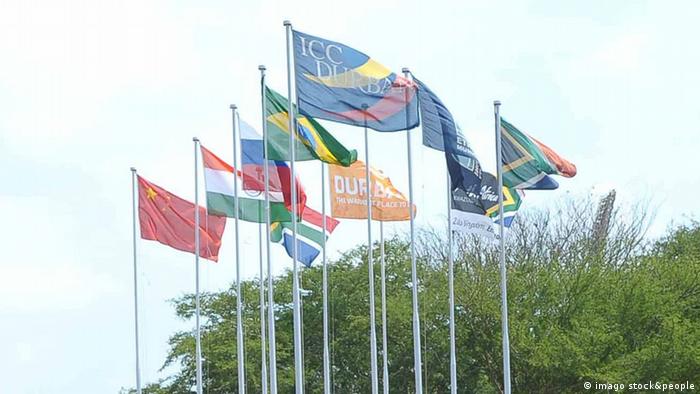 For Monica Herz, a professor at the Catholic University of Rio de Janeiro, the union is not just a loose confederation based only on economic commonalities: "It is political. There has been a common view that these countries, though different, can present a barrier to Western policies."

Do the BRICS states have a common position in the current Russia-Ukraine conflict? Yes they do, Monica Herz told DW. "There is a common position that there needs to be containment of the conflict." But she added that "when we look at Russian policy, we find that these countries have divergent positions." 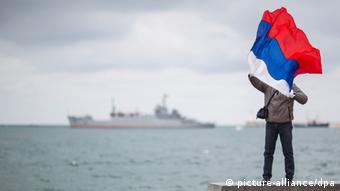 The individual BRICS states have very different relations to each other - and to Russia. For example China: The USSR supported China for many years after foundation of the People's Republic in 1949, especially during the Korean War against a US led western alliance.

Their relation cooled later as the USSR and China argued about the exact boundary line between their countries. The conflict reached its climax in 1969 when the dispute about a small island in the Ussuri River led to armed conflict.

Today, both countries are permanent members of the United Nations Security Council, and represent two of five veto powers - the others are the US, Great Britain and France. They feel connected against Western dominance in the Security Council.

In the current conflict, China has been keeping a low profile. One of the few official statements includes a comment from China's foreign ministry on March 19. It says the Crimea crisis should be solved on a political level, and that all parties involved should restrain themselves to avoid an escalation. There is no concordance, nor criticism, of Russia's action.

Today, the two nuclear powers not have only close economic ties, but also intensive military cooperation. India, for example, between 2009 and 2013 purchased 75 percent of its arms from Russia.

Russia wants to intensify this close relation, as indicated by Igor Sechin, current executive chairman of Rosneft, a Russian-held oil company. An Indian news agency quoted Sechin on March 24: "India is very important for Russia. We want to expand the cooperation." 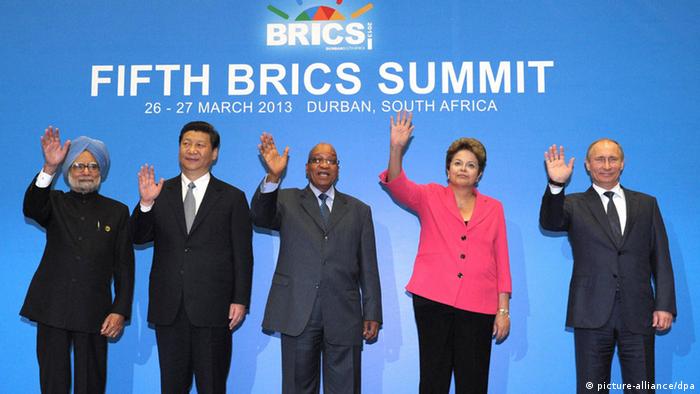 The BRICS states share a common history and common interests

No interference from other states

Moscow does not have to fear criticism from the other two BRICS states. Although Brazil and South Africa do not have as close relations to Russia as China and India, the two countries are extremely cautious in the current conflict. Although the South African foreign ministry repeatedly expressed its concerns about the conflict, it carefully avoided taking sides.

The Brazilian foreign minister reacted similarly: After a meeting with German foreign minister Frank-Walter Steinmeier on March 21 in Berlin, Luiz Alberto Figueiredo emphasized that his country has close ties to Russia and Ukraine. Yet Figueiredo did not take sides, and only demanded "moderation from all parties and willingness for dialogue."

'No withdraw from common project'

According to Monica Herz, dialogue is the only way out of the crisis. "Russia and Ukraine need to negotiate a form of coexistence," she said. Herz believes that Brazil can indeed play a role, but that the government lacks the leeway to do so. "Relations with the US are not at their best … it should be done through European countries, particularly France and Germany," she said.

Until now, Brazil, India, China and South Africa have restrained themselves - and there is no sign that this will change in the near future. It seems that all four countries will wait and hope the situation calms down.

Monica Herz is confident that when the conflict gets out of the headlines, the BRICS states will return to business as usual: "I don't think that this crisis will make these countries withdraw from the common project."