In less than two years - and after lengthy negotiations - the UK is expected to leave the European Union. Sam Lowe, of Friends of the Earth, told DW how these talks could put UK and EU environmental standards at risk. 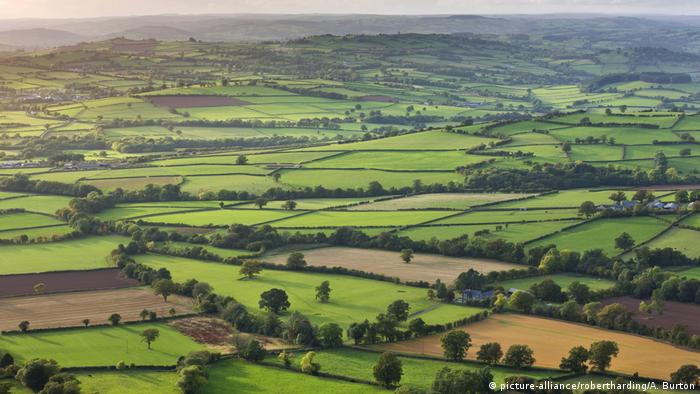 DW: What kind of effect will Brexit have on the environmental laws in the United Kingdom? Are there concerns that legislation could be watered down?

Sam Lowe: Brexit is going to consume everything at Whitehall and in the government for the next two years, minimum, but likely for more time than that. There's going to be no time to do anything else. We've already seen holdups on a 25-year plan for the environment that was meant to come out last year, and a 25-year plan for farming. All of these things got sucked into the Brexit process.

The government has said that upon leaving the European Union we're going to replicate the EU regulations and directives, but there are big questions around how that will work. It's all well and good to bring them over, but if the government then chooses not to actually enforce them, there's going to be quite a problem. And there's been no mechanism put forward by the government, a domestic equivalent to the European Commission's role in terms of enforcing the standards. There is a risk that this could become zombie legislation. We'll have these environmental rules, but no one will bother to abide by them.

Having 28 countries addressing all of these shared [environmental] issues together without the fear of being undercut because of the single market and other provisions has allowed for long-term planning. Without this long-term planning, once we leave the European Union all of this becomes subject to [UK] election cycles, subject to the whims of government. In terms of actually setting long-term targets and sticking to them, I think it will be a lot more difficult.

Now that the UK has triggered its exit from the EU, I expect you'll be watching the Brexit negotiations closely.

In terms of the negotiations, we want to see the environment be a priority, with continued cooperation and collaboration. From our perspective, it would be good for that to be written into the final agreement, with collaborative cooperative mechanisms, and for us to remain party to some of the European regulatory institutions such as the European Chemicals Agency, the European Food Safety Authority. There are already existing mechanisms for non-EU members to be affiliated with them in some way or other. For example, Norway and Iceland are part of the European Chemicals Agency - they don't have a vote but they're involved in the committee. The mechanism for countries outside the EU to be linked in exists, and there's no reason that this couldn't be resolved, given the political will.

Post-Brexit, the hard work begins now for the UK

With a divided public and domestic political tensions, Britain has launched the formal process of leaving the EU. Now the real work begins. Samira Shackle reports from London. (29.03.2017)

Are there any particular protected sites or environmental programs in the UK that may be at risk?

Domestically, the ones that continually seem to be under threat are the EU directives on birds and habitats [which deal with wildlife and nature conservation]. There's quite a strong domestic lobby that doesn't like it. The government's been critical of it for quite a long time - they always characterize it as "newts getting in the way of house building." There's a big worry from the environmental community that this is going to come under threat.

And then, more broadly, if we continue to prioritize the EU as our biggest trading partner, there's a line drawn on how far things can be deregulated because our companies will still want to sell into the European market. There's also the possibility that we perform some sort of trans-Atlantic pivot towards Donald Trump, toward the US. And in that scenario, I think a huge amount could be up in the air, especially on issues such as food safety and standards. And the direction of travel in the US right now is not exactly positive when it comes to the environment.

Do you see the EU losing out in this deal as well?

The EU's going to have to be careful. If it allows the UK continued access on goods and services, for example, in the context of a free trade deal and doesn't include provisions for continued cooperation on the environment, I think it could find itself getting undermined from the outside. The EU case history on enforcing EU environmental legislation already isn't great. And that leads to businesses attempting to get a competitive advantage through the lowering of standards, and that would put pressure on EU standards over time.

How has the UK benefited from EU environmental legislation over the last few decades?

Historically, EU pressure and standards led to us having cleaner beaches. It sounds bizarre, but we were the last country in Europe to continuously pump untreated sewage into the ocean. It was the threat of EU fines and censure that led to that ending [in the 1970s.] 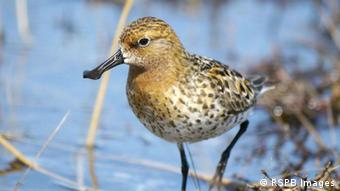 More recently, the EU rules on the moratorium on neonicotinoid pesticides led to those pesticides not being used for the moment, and these pesticides are linked to the decline in bee populations. And this is something that the UK government opposed at the time.

And in terms of energy and climate, the EU renewables directive with its 2020 and 2030 targets have coincided with a huge increase in solar and wind capacity in the UK.

Are there any plus sides to this situation? For example, the UK may be able to set new environmental standards in areas where the EU is lagging behind.

It's always possible to point to areas in the EU where the environmental policy isn't working, or where it's not as good as it should be - the common agricultural policy, for example. The approach to farming is a big opportunity for the UK. Industrialized farming is one of the biggest drivers of habitat loss and biodiversity loss, not just in the UK but in the EU as well. Having a more holistic policy would definitely improve the UK's environment - but there's no guarantee it will be any better than what currently exists. But, on balance, I think the risks [of Brexit] outweigh the benefits at the moment.

Sam Lowe is an expert on Brexit and trade policy for the UK office of environmental organization Friends of the Earth. This interview has been condensed and edited for clarity.